Wandering along Broadway in Saratoga Springs, New York, can be a memorable experience any time of year. But, it’s during the dog-days of summer, and one’s successful afternoon at the Saratoga Race Course, when you just might witness the allure of an old, historic town come to life, with a bee-hive of amazing activity you’ve never encountered before.

Disembarking from all means of transportation, by car, train, plane and boat, and all corners of the world, the population of our Spa City temporarily swells with tens of thousands of visitors, trainers, jockeys and thoroughbreds arriving. Each settles in for seven hectic weeks, of what promises to be another great season at the racetrack.

Friday, July 21st, marks the opening day of Saratoga’s historic Race Course and its 154th year. From the moment you turn onto Union Avenue and travel just a few hundred feet, the present and future becomes a thing of the past. Literally. 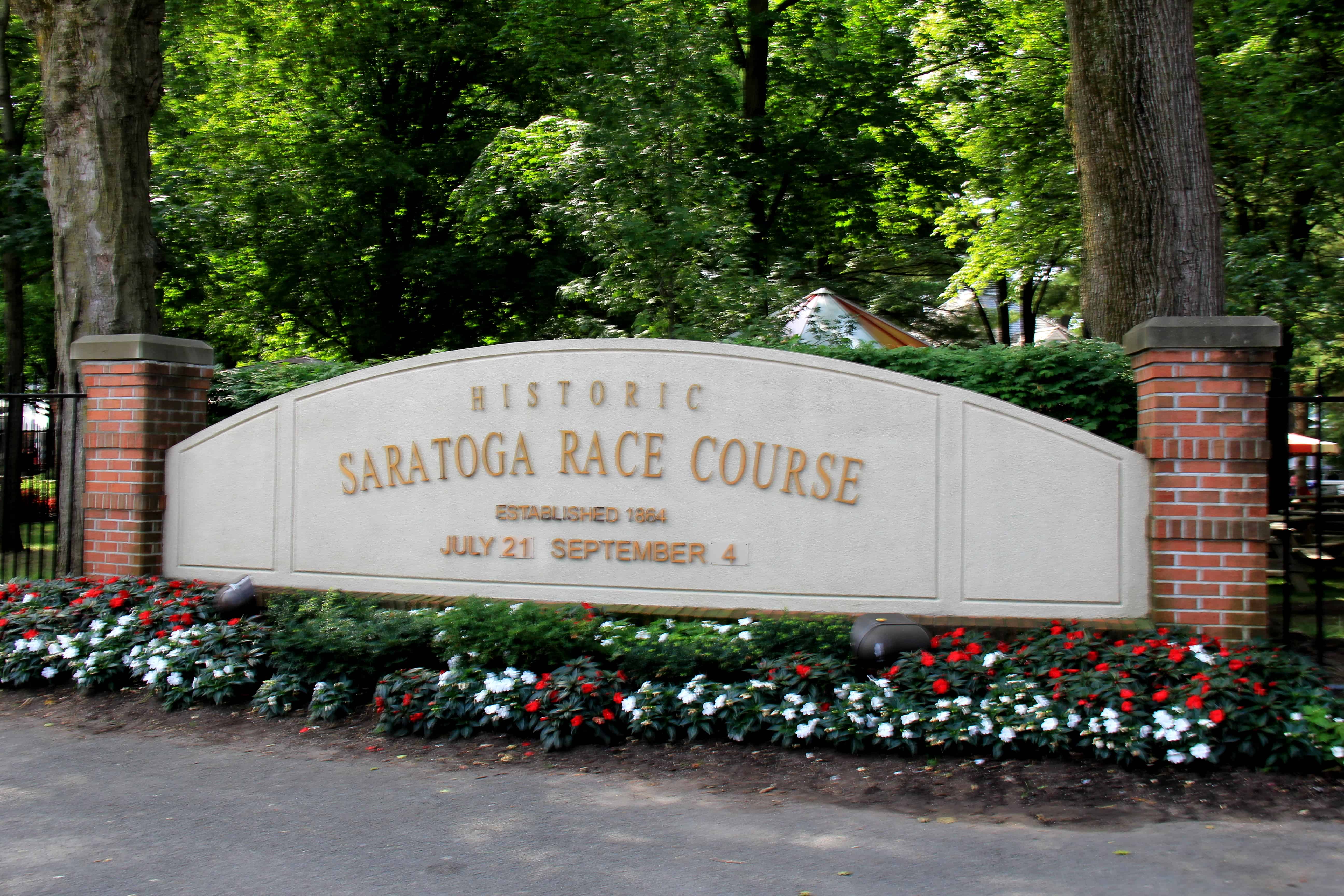 Traffic, more often than not, comes to a standstill, allowing horses and trainers to cross the road at a leisurely pace. Off to the left, you’ll catch sight of the old-fashioned stadium, alongside its turf and dirt track, where racehorses are already out for their morning run. 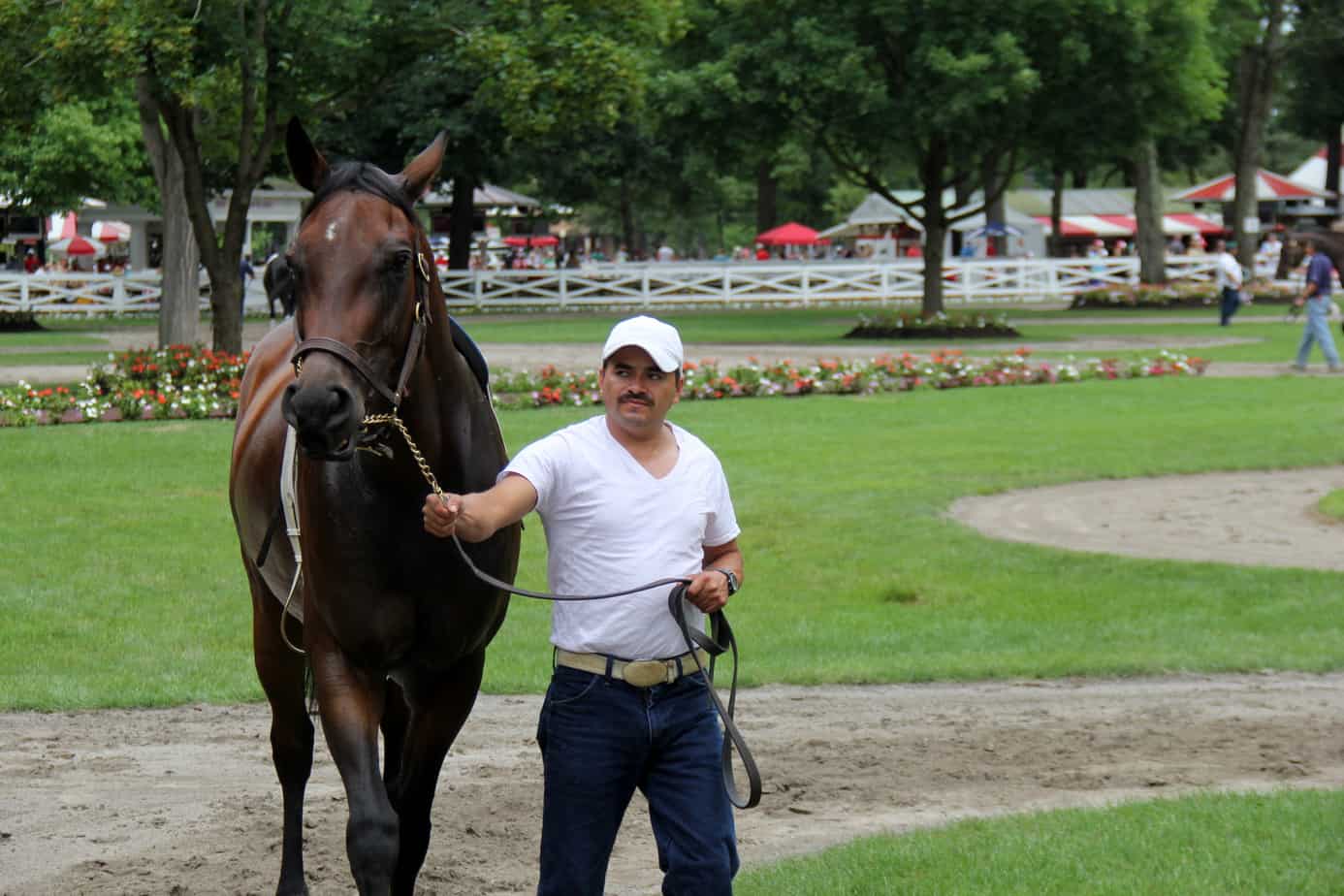 The route is lined with stately trees and manicured flower beds which are lush and hardy, reminding one that Saratoga itself has weathered many storms, growing stronger and more beautiful, in spite of them. 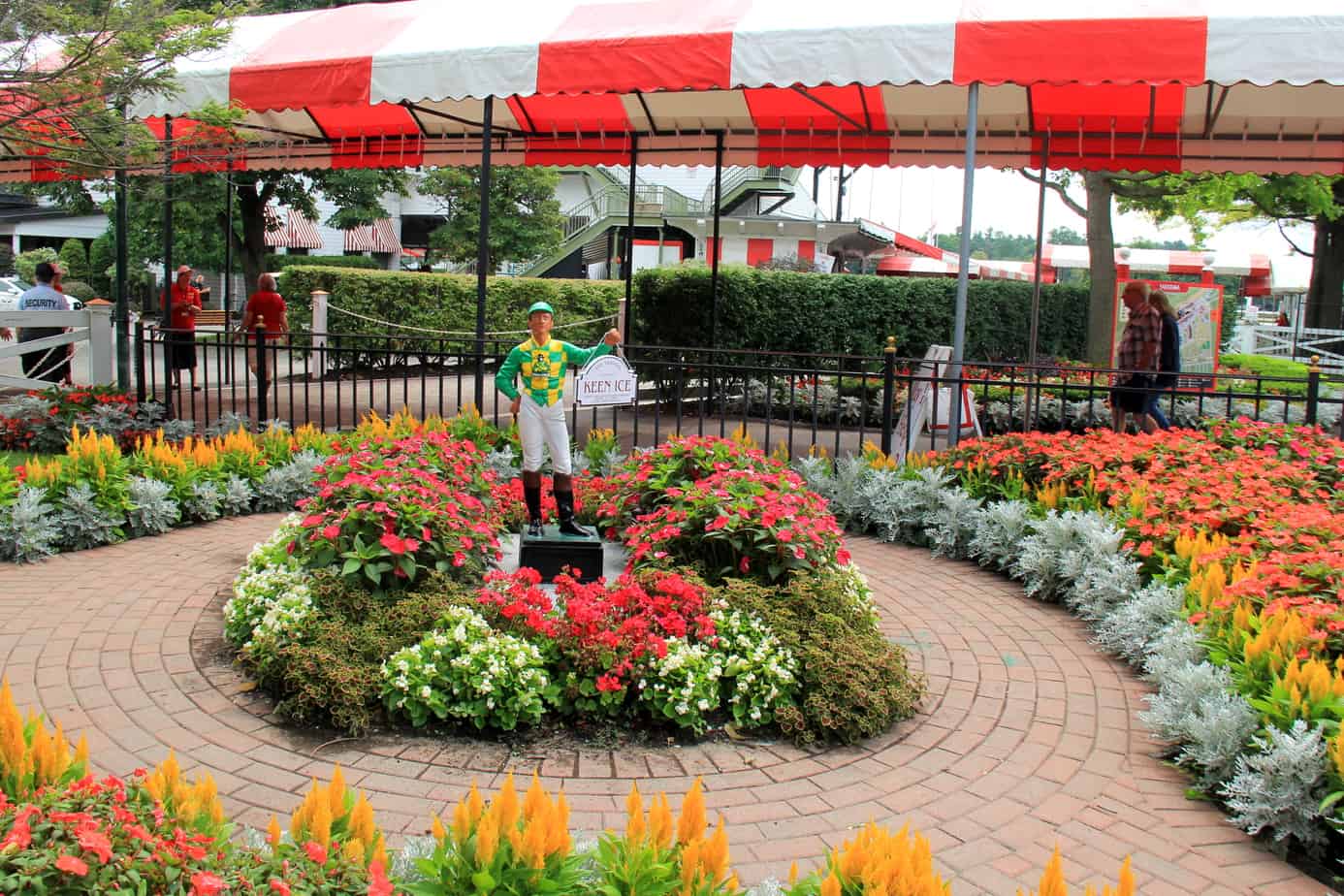 And it’s not just the fact that crowds can come, bet money on horses they’ve handicapped, hoping to go home somewhat richer than when they arrived. It’s the ambiance and sheer mystique of the place, that steadily draws you in.

Saratoga Springs Brings Charm and History to the Races

From its centuries-old, historic homes, boasting wrap-around porches, and the familiar sound in the creak of rocking chairs, each meant to invite people in for a chat and some spiked lemonade or iced tea. 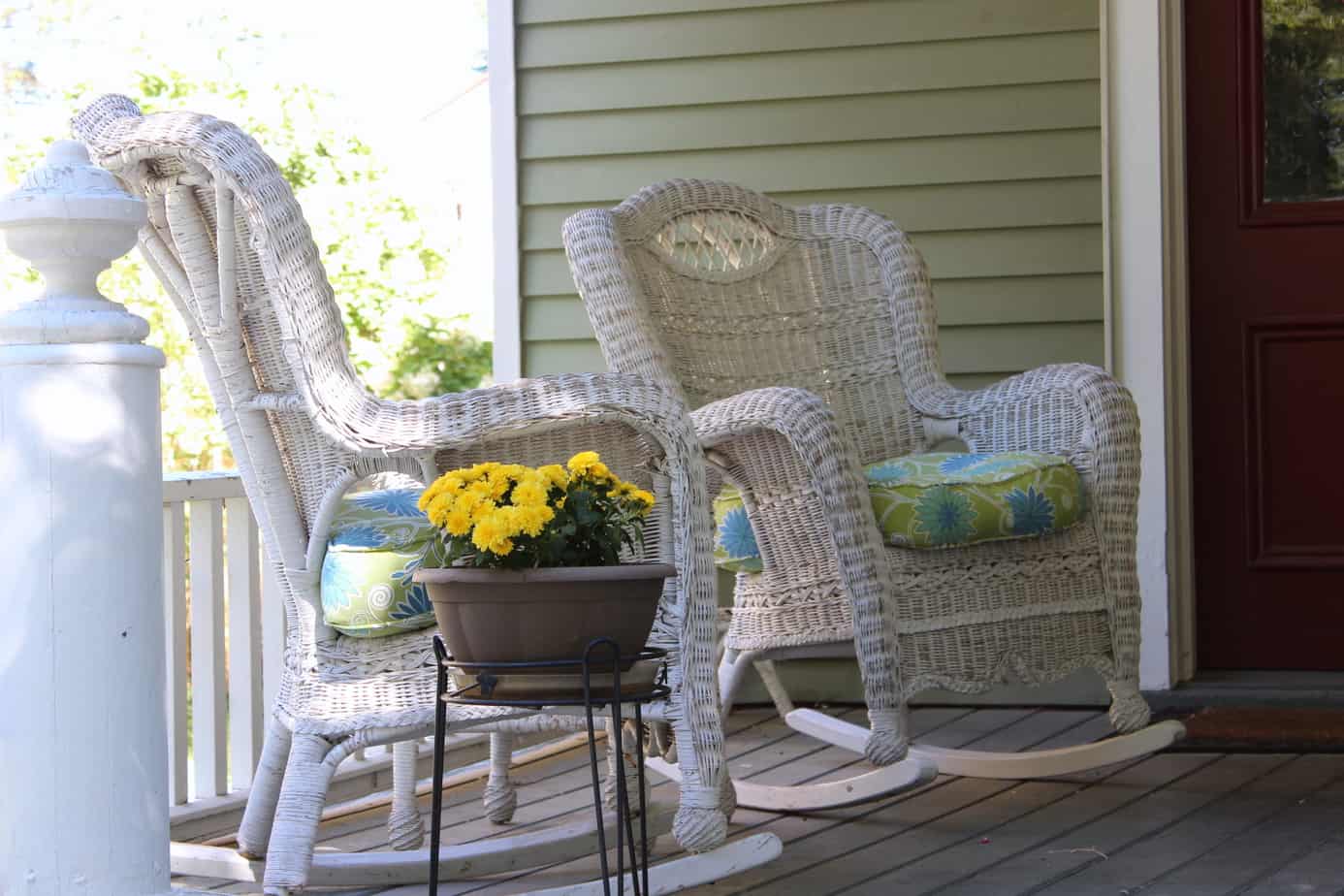 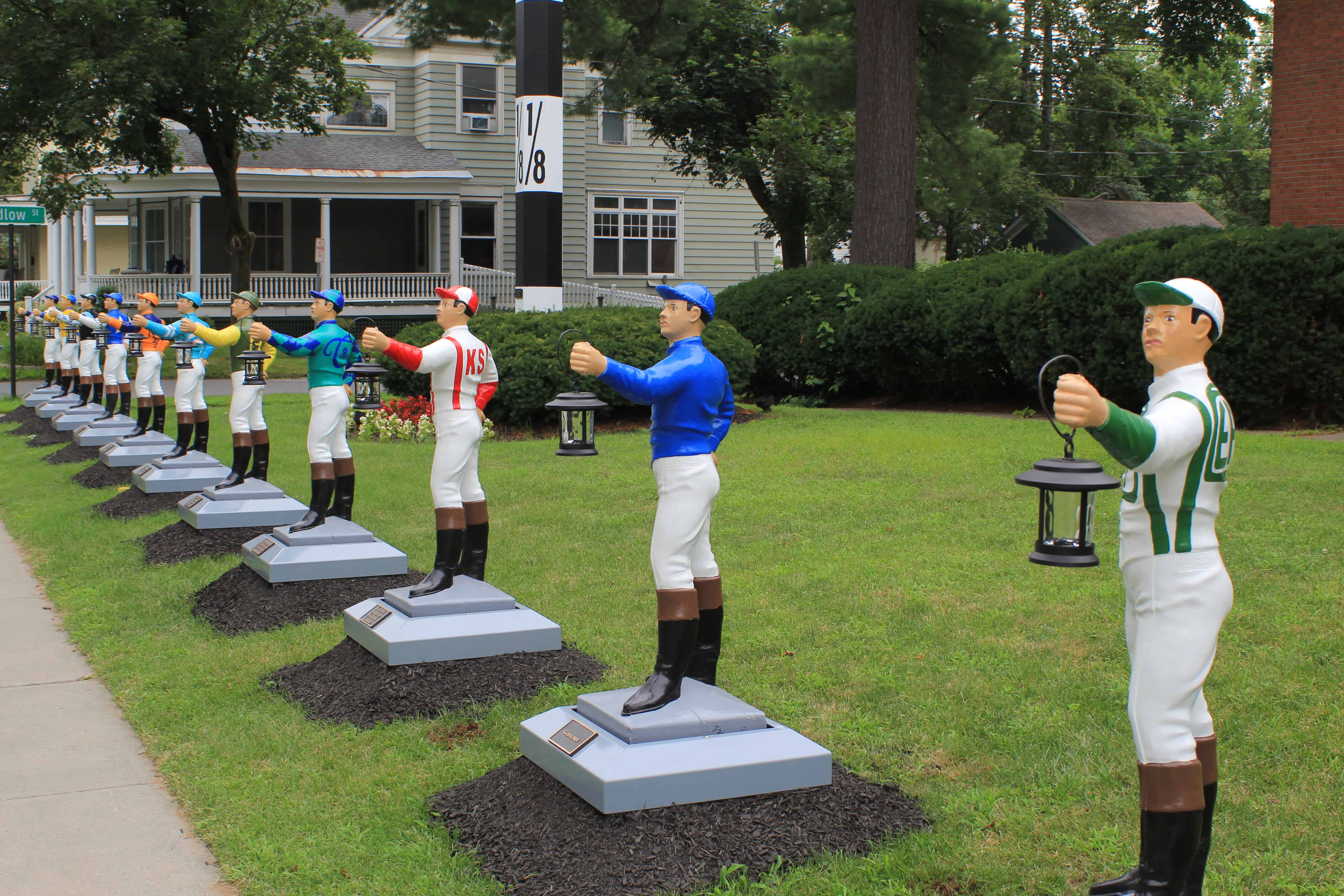 To the sound of someone standing at the microphone, having landed the chance to belt out the emotional words of our Star Spangled Banner, and the sight of every single attendee covering their heart with hand, bowing heads in thoughtful prayer for our country. 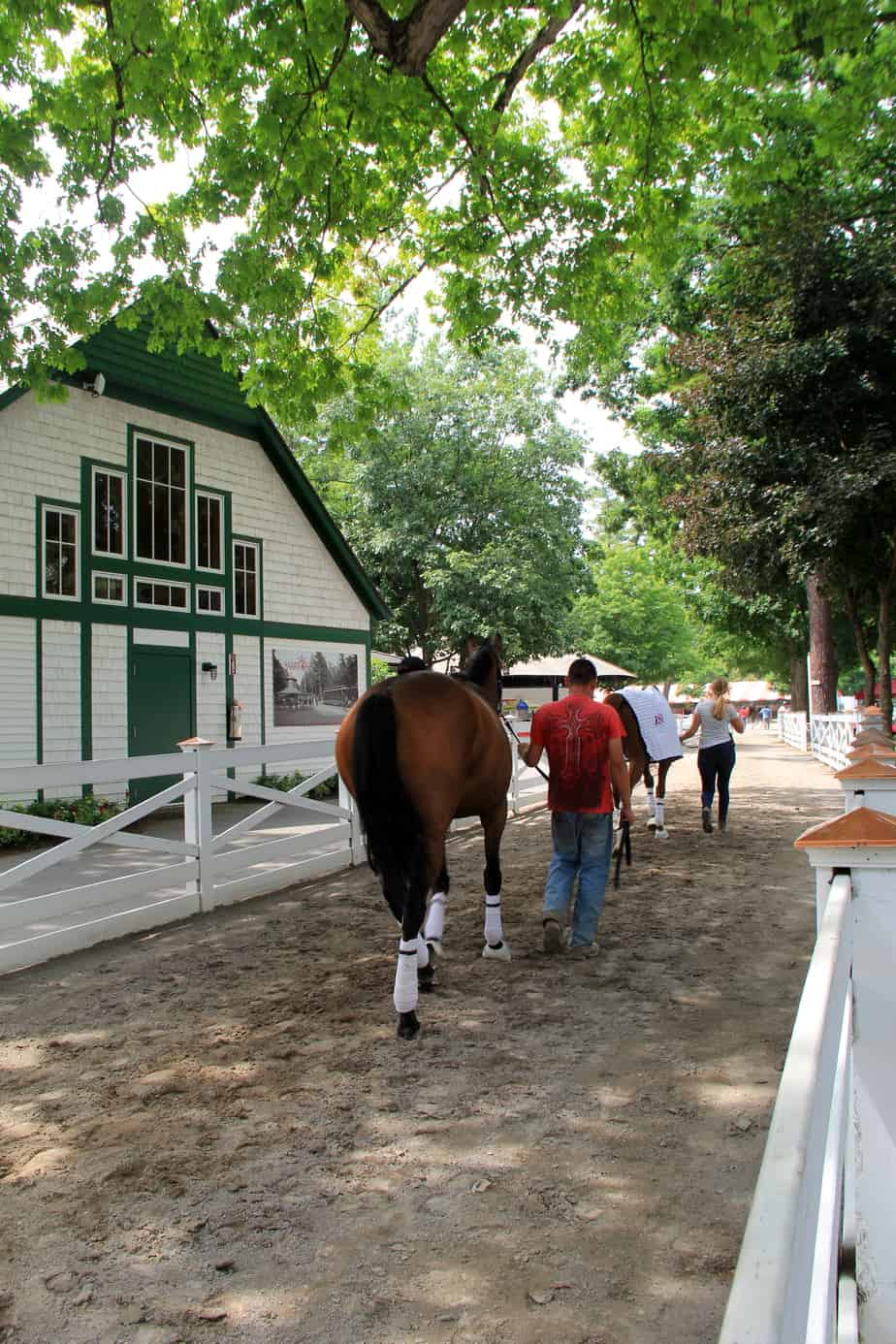 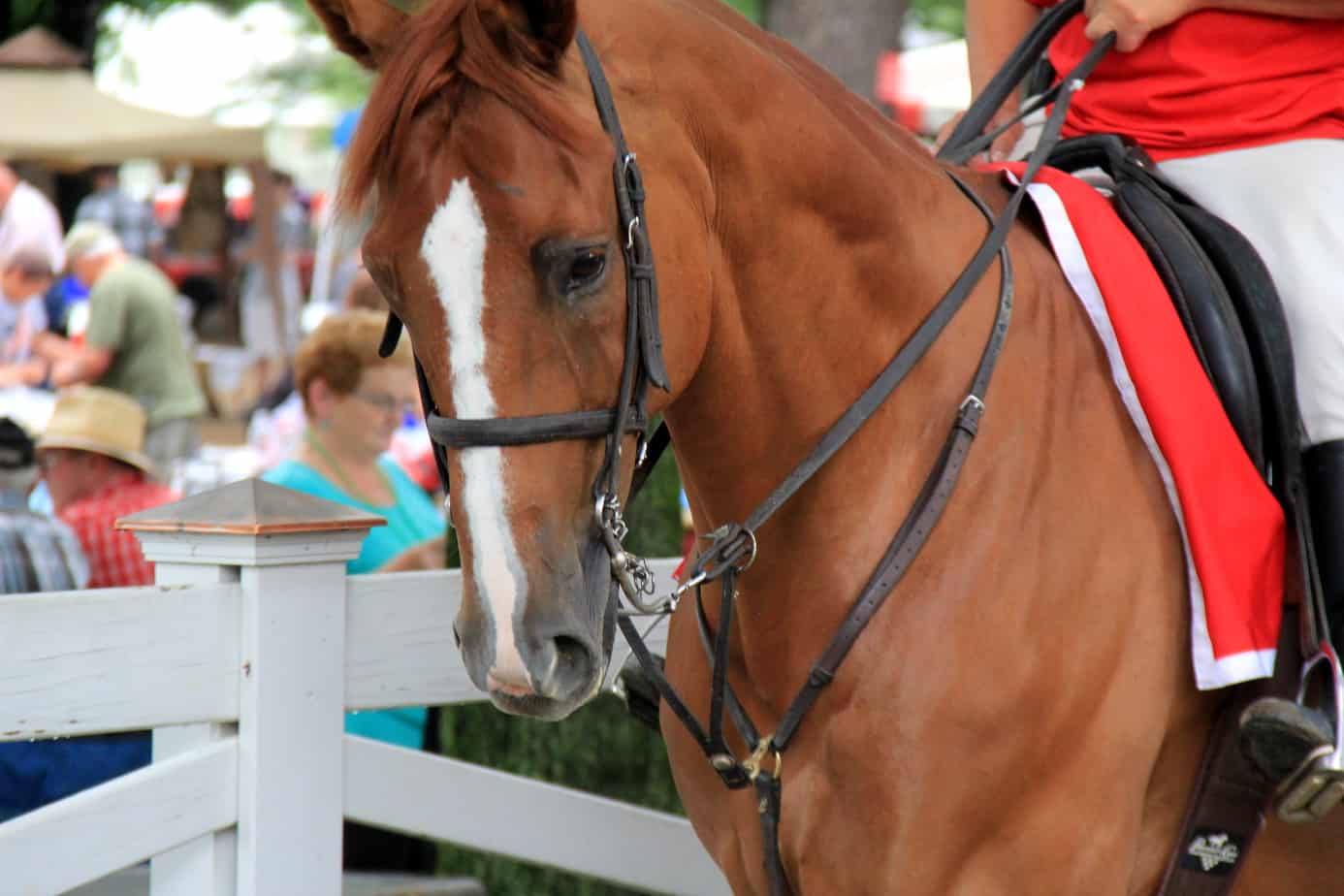 Saratoga Race Course has heard the champion’s cry “And they’re offfffffffff! ” since 1863, when the gates first opened under the dream and direction of John Morrissey, an undefeated Irish-American Heavyweight Champion. It has since become one of the world’s most beloved sports facilities. 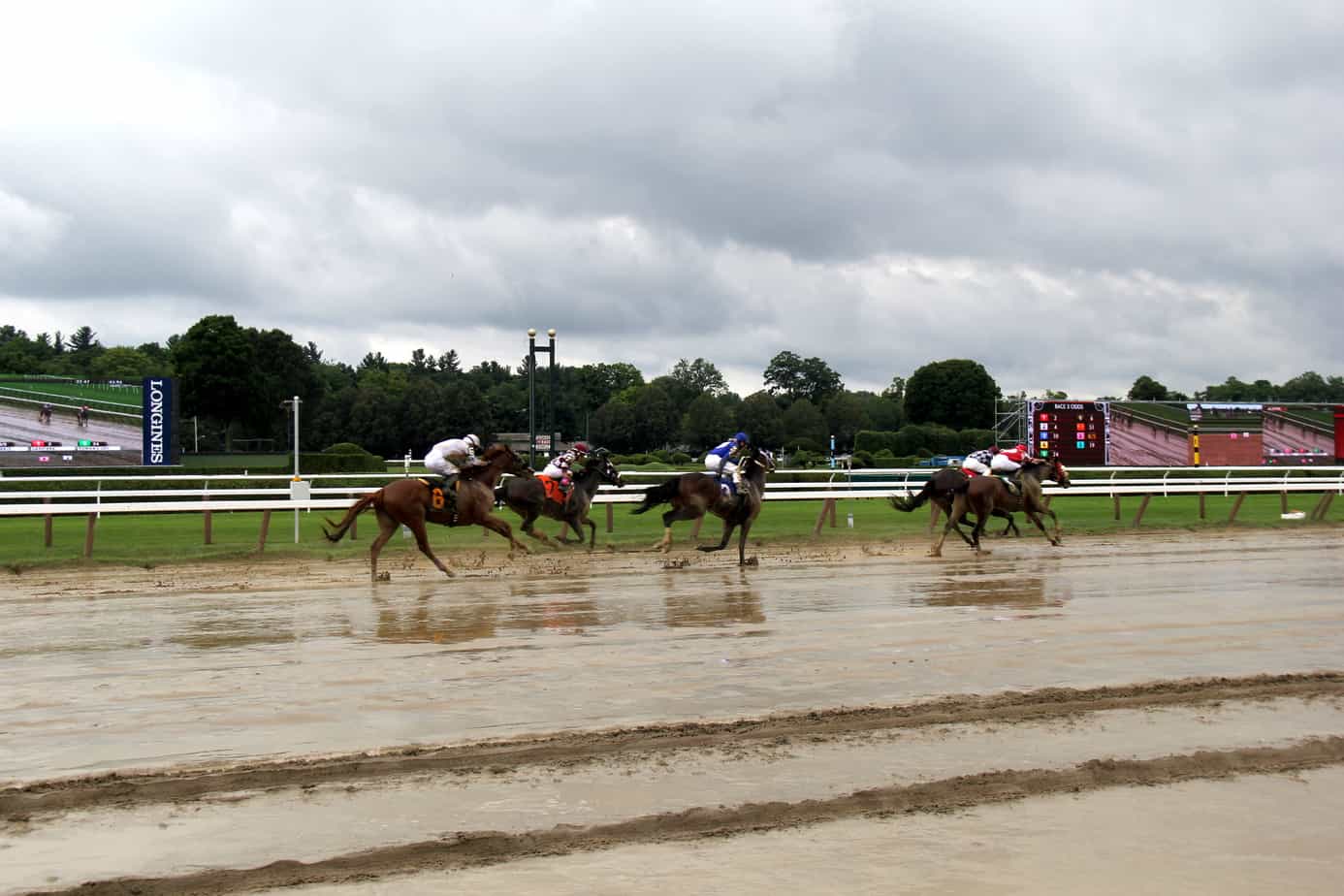 What used to cost a person .50 cents for the day’s entry, now charges them $5.00. Not too bad, considering over a-century-and-a-half has passed since then. 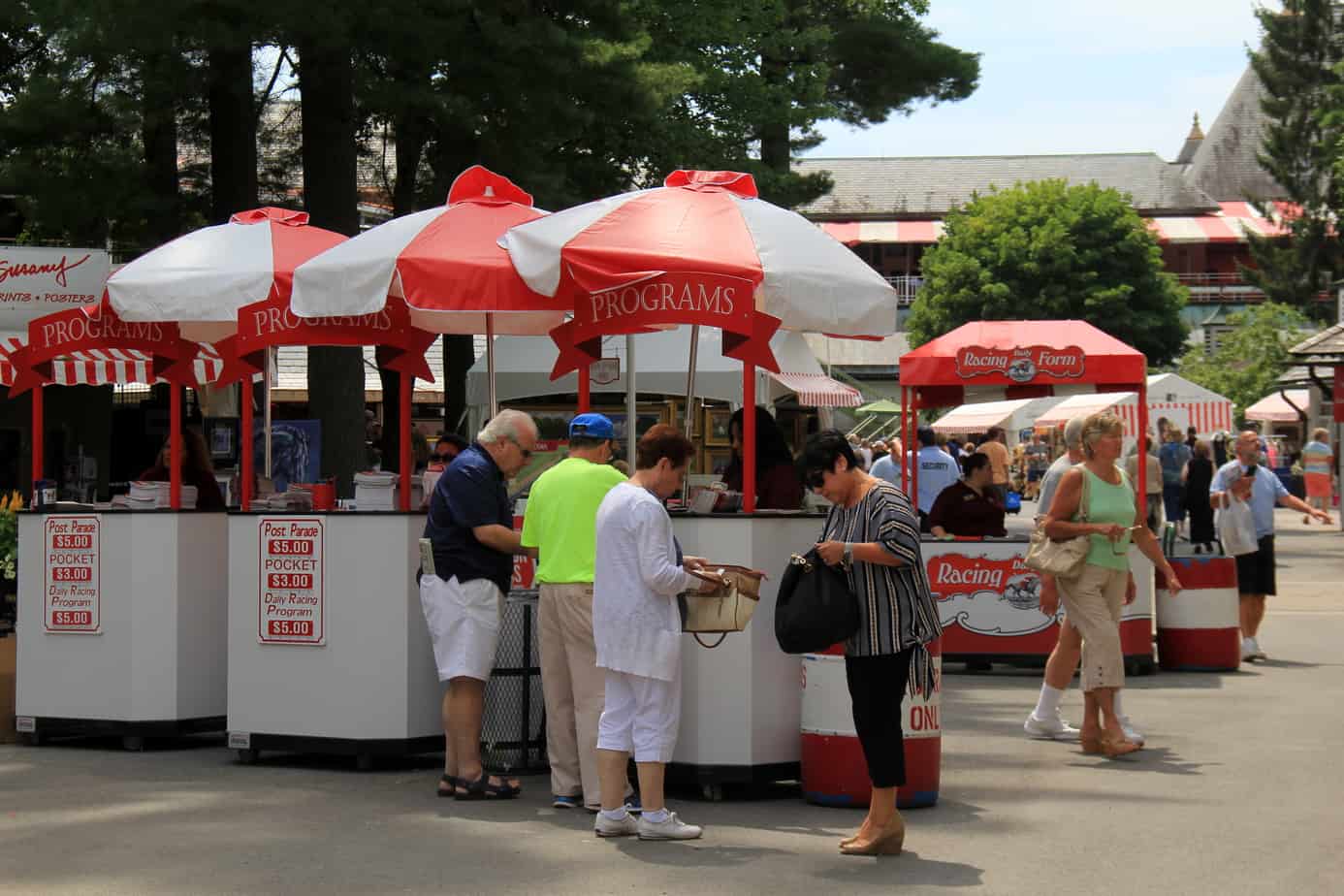 And, while a woman could only attend the track escorted by a gentleman in the old days, today she can come and go as she pleases. In the days of yesteryear, the racing card had two races per day. Now, a visitor can bet on any number of races, usually 10-11 per card.

A Day at Saratoga Race Course

Families are known to arrive early, a few hours before the first race. They come, laden with picnic baskets and coolers, both overflowing with food and drink. And they’re certain to bring enough sunscreen to lather on themselves and their children throughout the hours of bright sun. 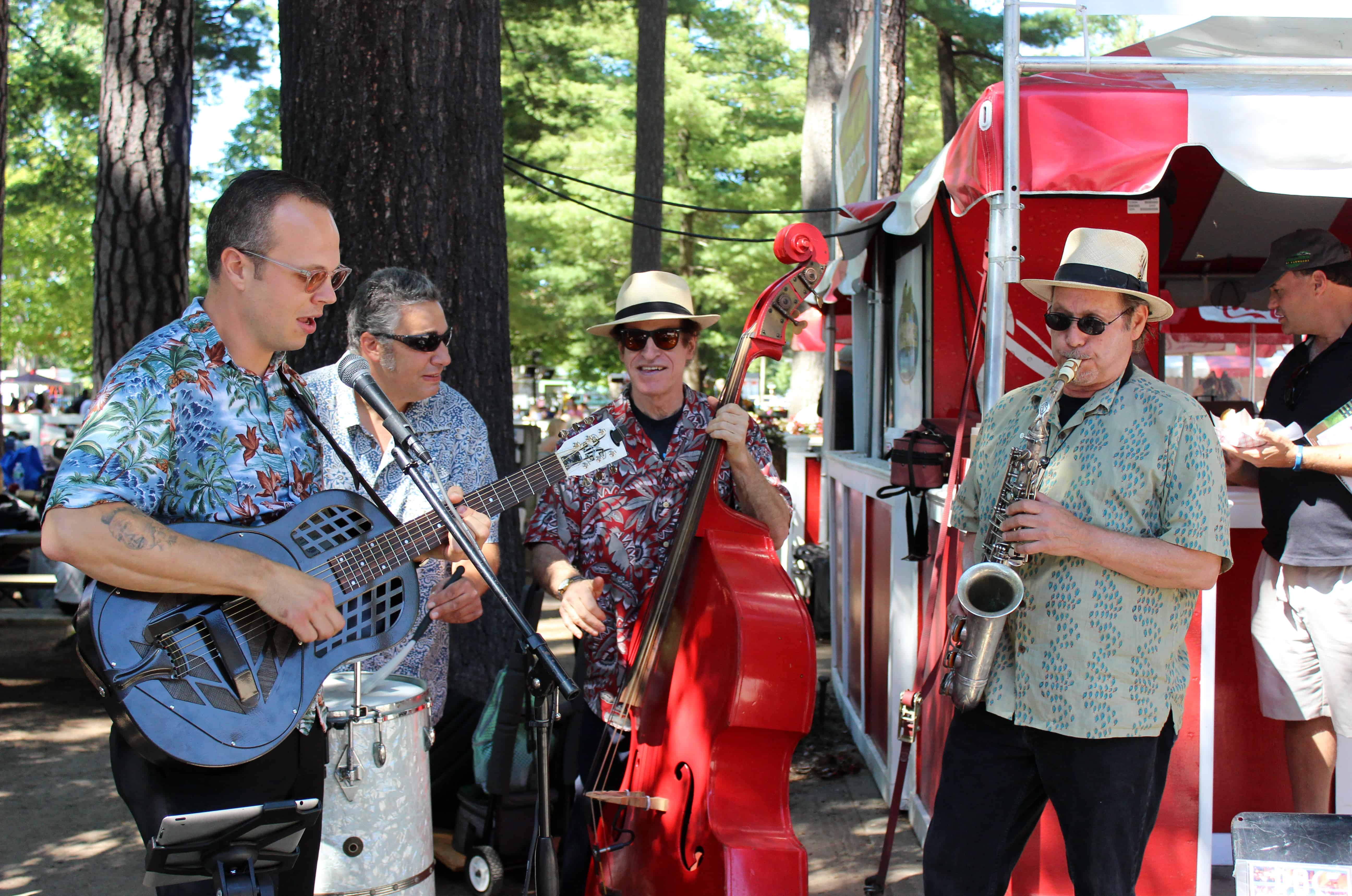 Kids spend their time making new friends on the well-kept playgrounds, while parents lounge nearby, studying the racing forms and drawing circles around their favorite long-shots, to bet on at the nearby windows.

Several vendors have set up wares under large tents. They spend their days selling things like fancy, embellished hats, original paintings and other novelties, while the smell of food grilling permeates the air, assaulting the senses, and live music jazzes up the track’s background din. 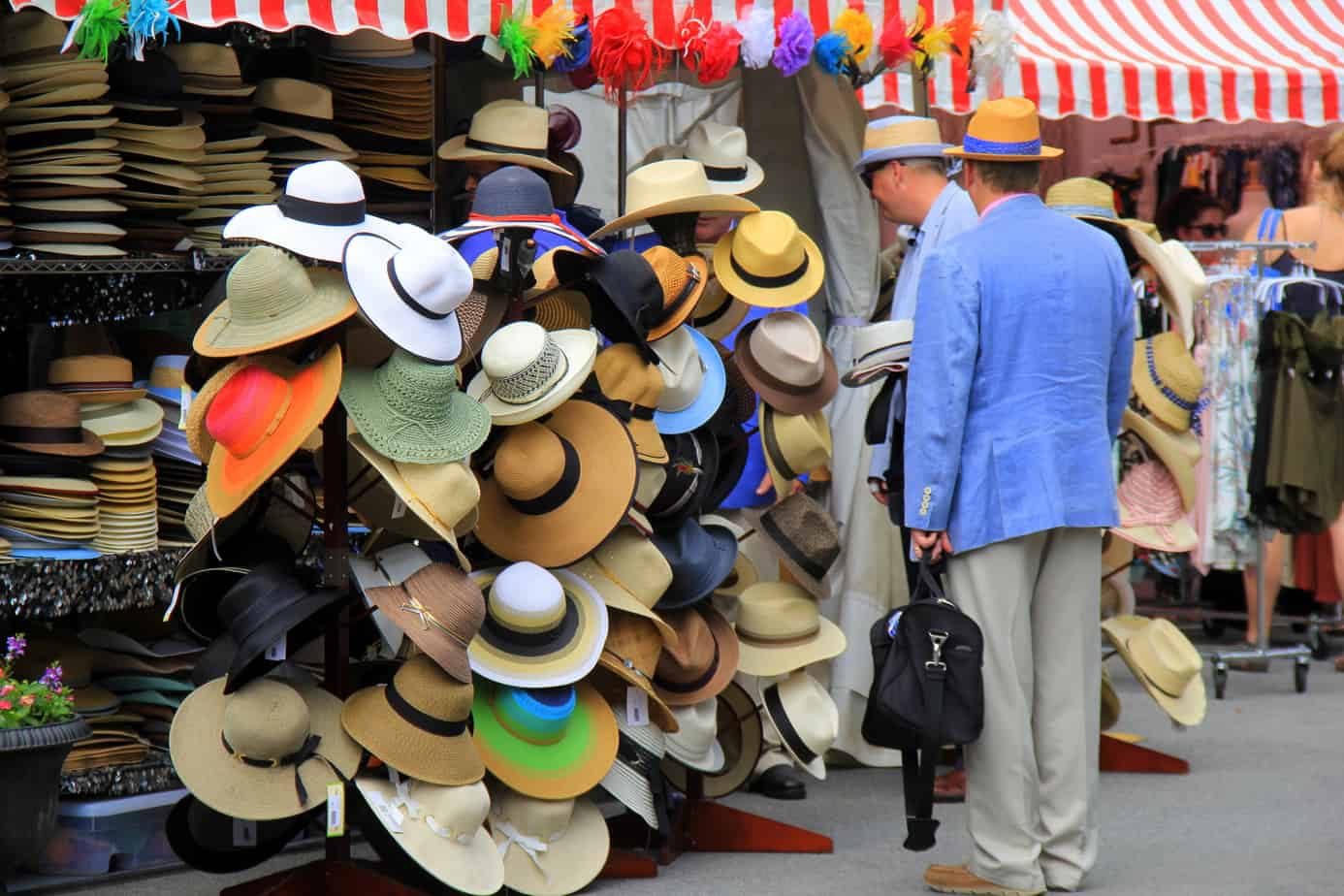 The rich and famous walk through the turnstiles of Saratoga Race Course, for sure. But, so do the everyday people, the ones that live in Saratoga year-round and the ones that come for the meet, wishing they lived here year-round. That’s the true magic and delight of Saratoga Springs. It’s a town that’s home for everyone. 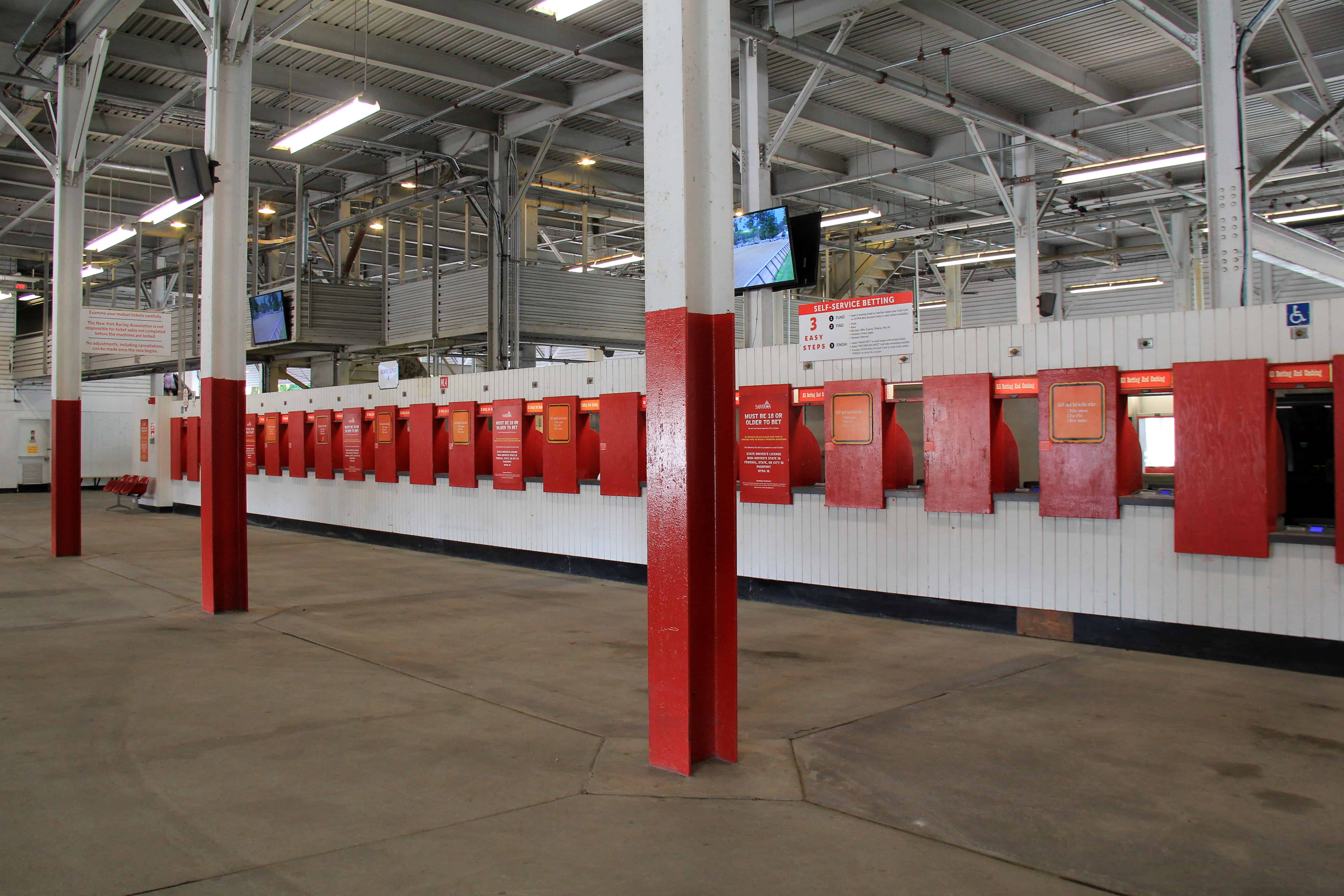 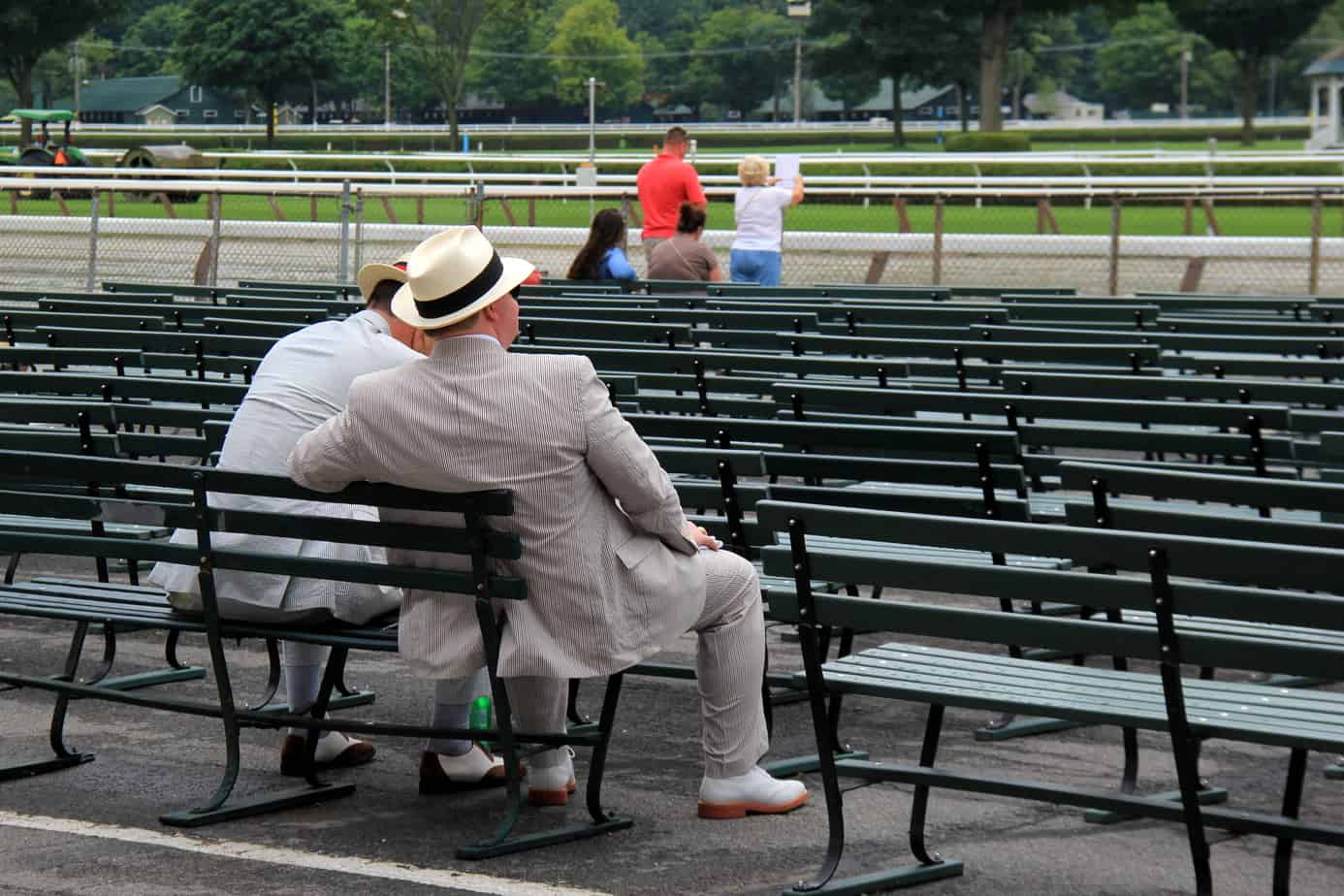 “I rather think that the charm of Saratoga is that it represents, to those to whom racing is a way of life, something to which they may at need return. It is, of course, the oldest track in America, and its ways are old-fashioned ways. After eleven months of new-fashioned ways, it is as restful as old slippers, as quiet as real joy,” Joe Palmer, This was Racing.

While in Saratoga Springs check out the National Museum of Dance and  Hatties™ Chicken Shack.