Home » Destinations » Lidice – The Town Hitler Could Not Erase

Lidice – The Town Hitler Could Not Erase

I had never heard of the town before, not even in high school, when my head was buried in the thick pages of history books. In fact, the first time I laid eyes on the word “Lidice” was mid-Spring this year, during the full-bloom of cherry blossom season, when I decided to tour The United States Holocaust Memorial Museum in Washington, DC.

The building itself was enormous, an imposing sight; stark brick, limestone, and glass. Emotionally-fraught words of Dwight David Eisenhower and others were etched on large, framed sections of the exterior walls, near the entrance. Thoughts, both bold and harsh, served as an assault on the senses, as they should have. Lest we ever forget. 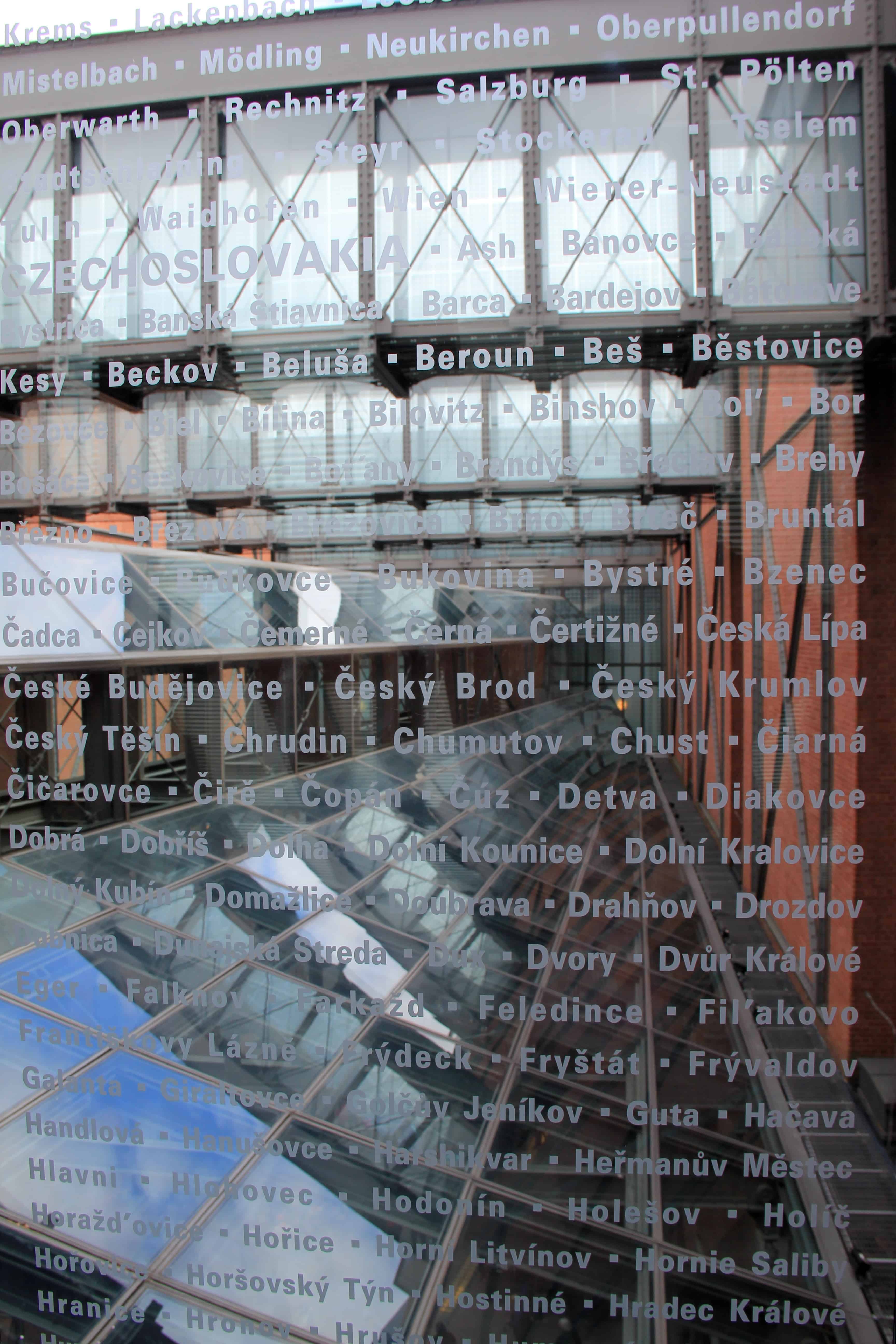 The visit was overwhelming. Atrocities committed against men, women and children before, during and after the war were heaped, one atop the next, and the next, then spread throughout every inch of the many rooms inside the museum. A dark stain on humanity, each remains an inescapable testament to WWII and the horror of Hitler’s reign.

A roomful of shoes left behind. Once, they’d adorned the feet of human beings, long since sent off to the crematoriums. 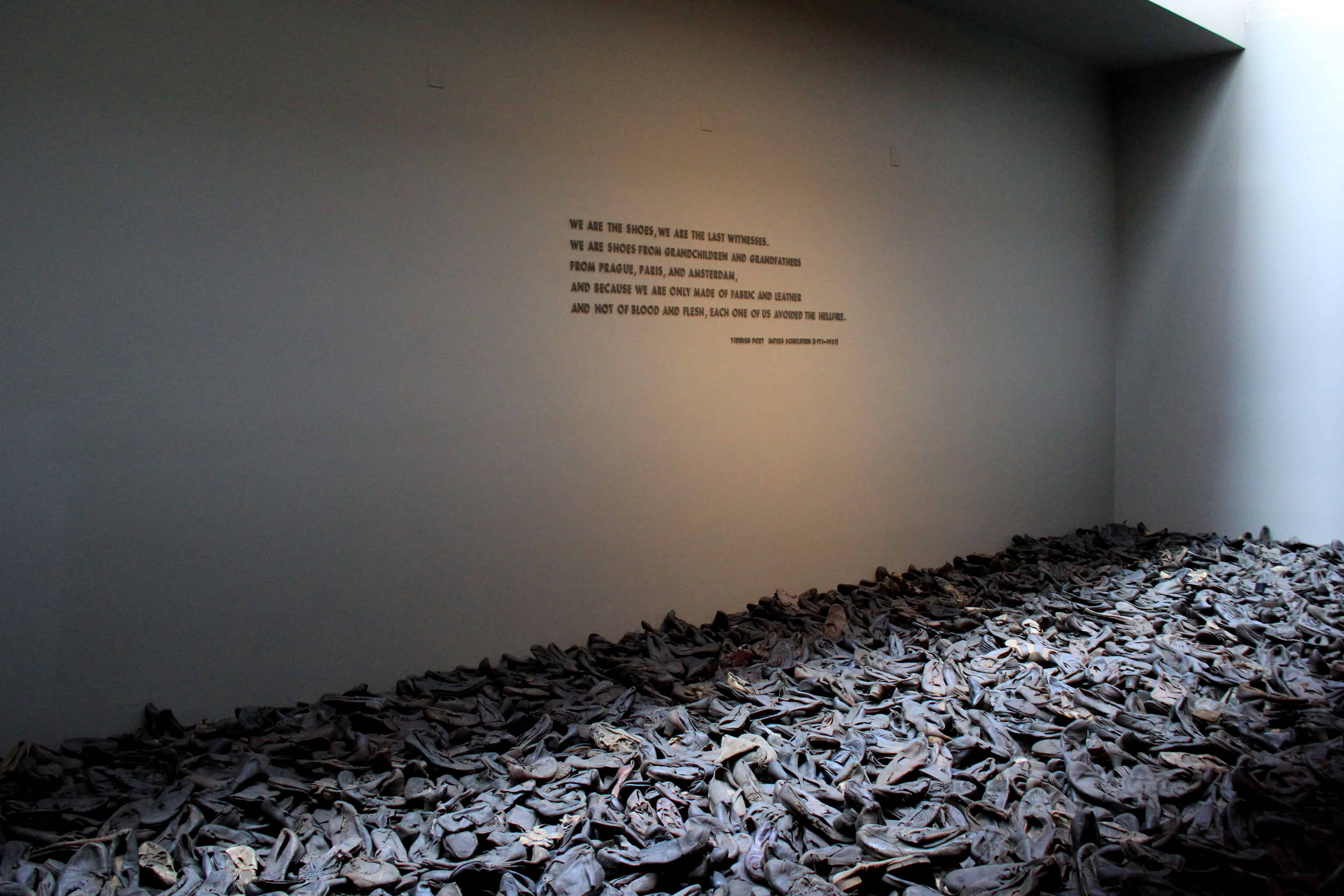 A wall with pictures of tattooed arms, prison sleeves pulled up to show that people were only a number now, not anything more. 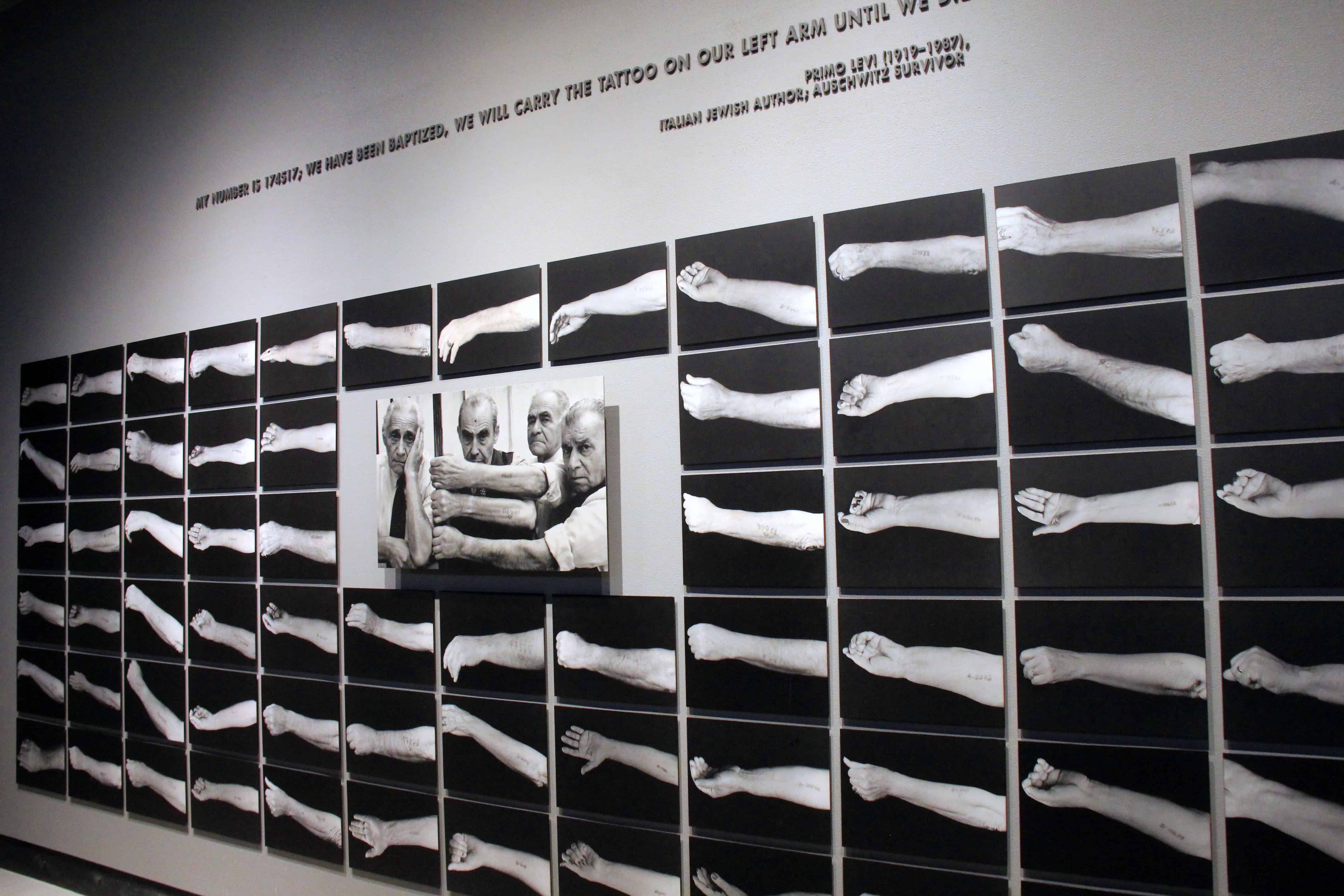 A hallway, covered from floor to ceiling with images of families before the war. 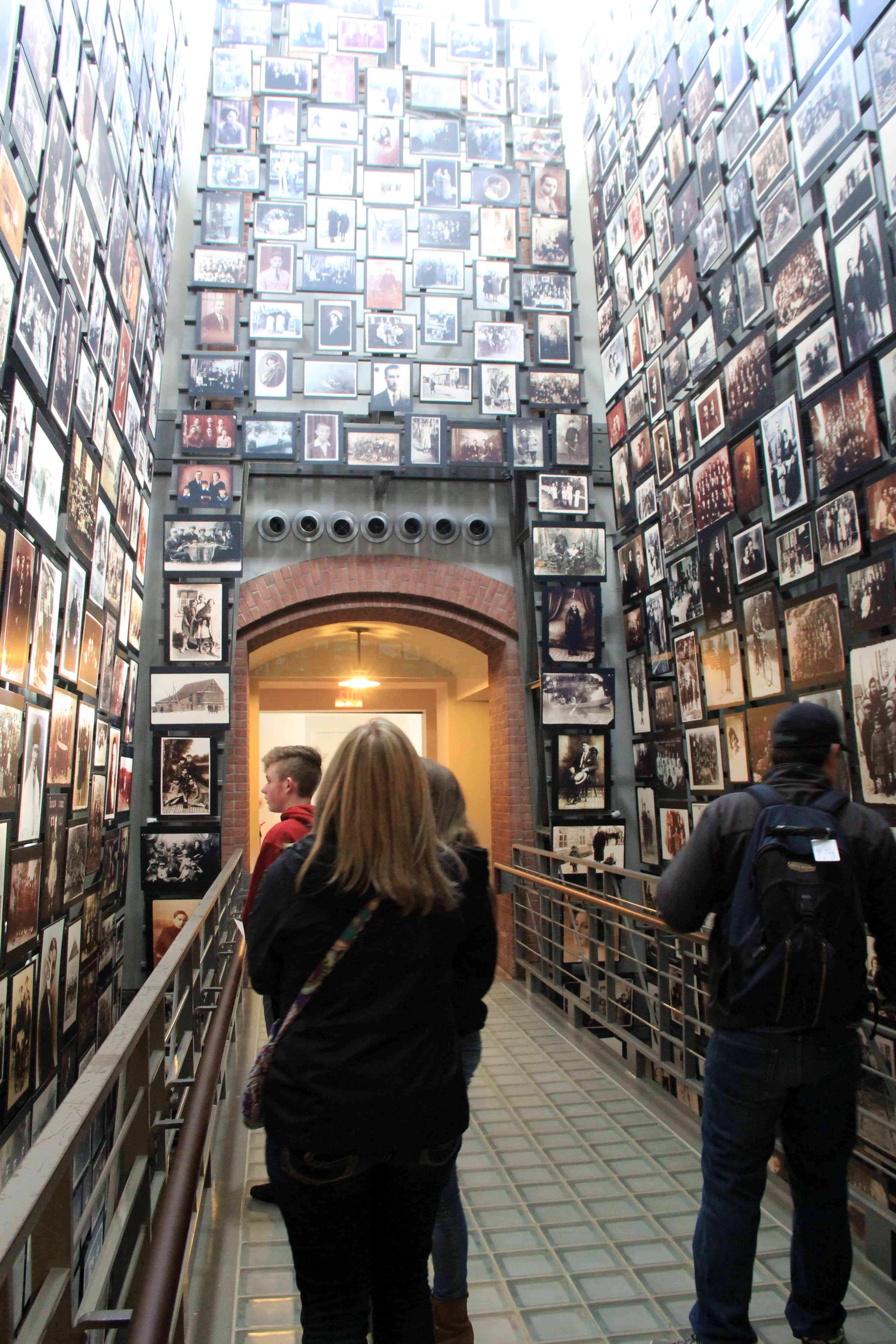 Loving arms around each other, a sea of smiling faces, love before hatred and the unrelenting machine of genocide. A sewing machine. Burning books. Snarling dogs ready to attack and rip one to shreds, on command. 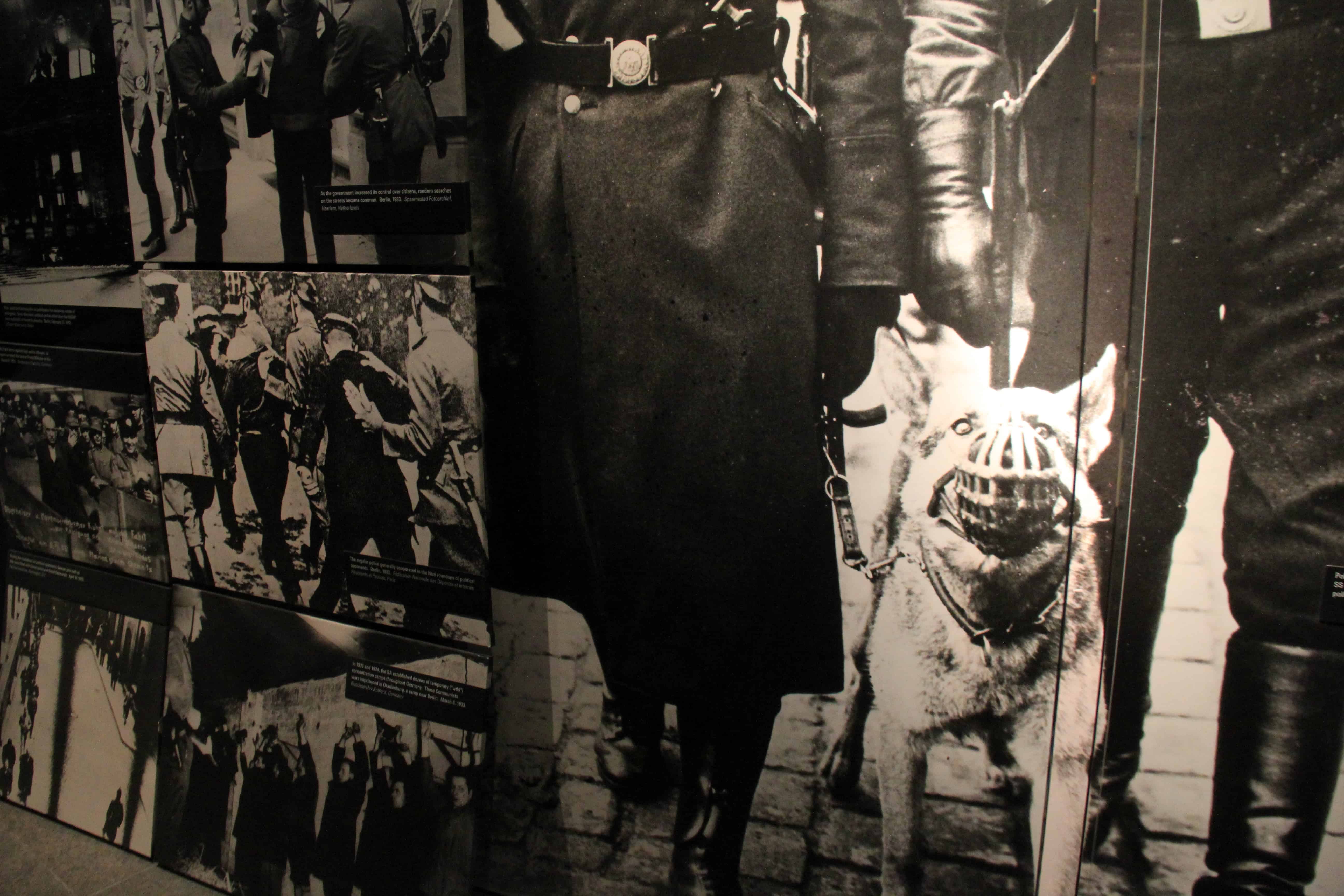 Ghetto walls. A child’s sweater. A single spoon. The trains….

And then, behind the thick glass of a large display case, it jumped out at me, grappling for my full attention. A large metal sign, the color of old blood. 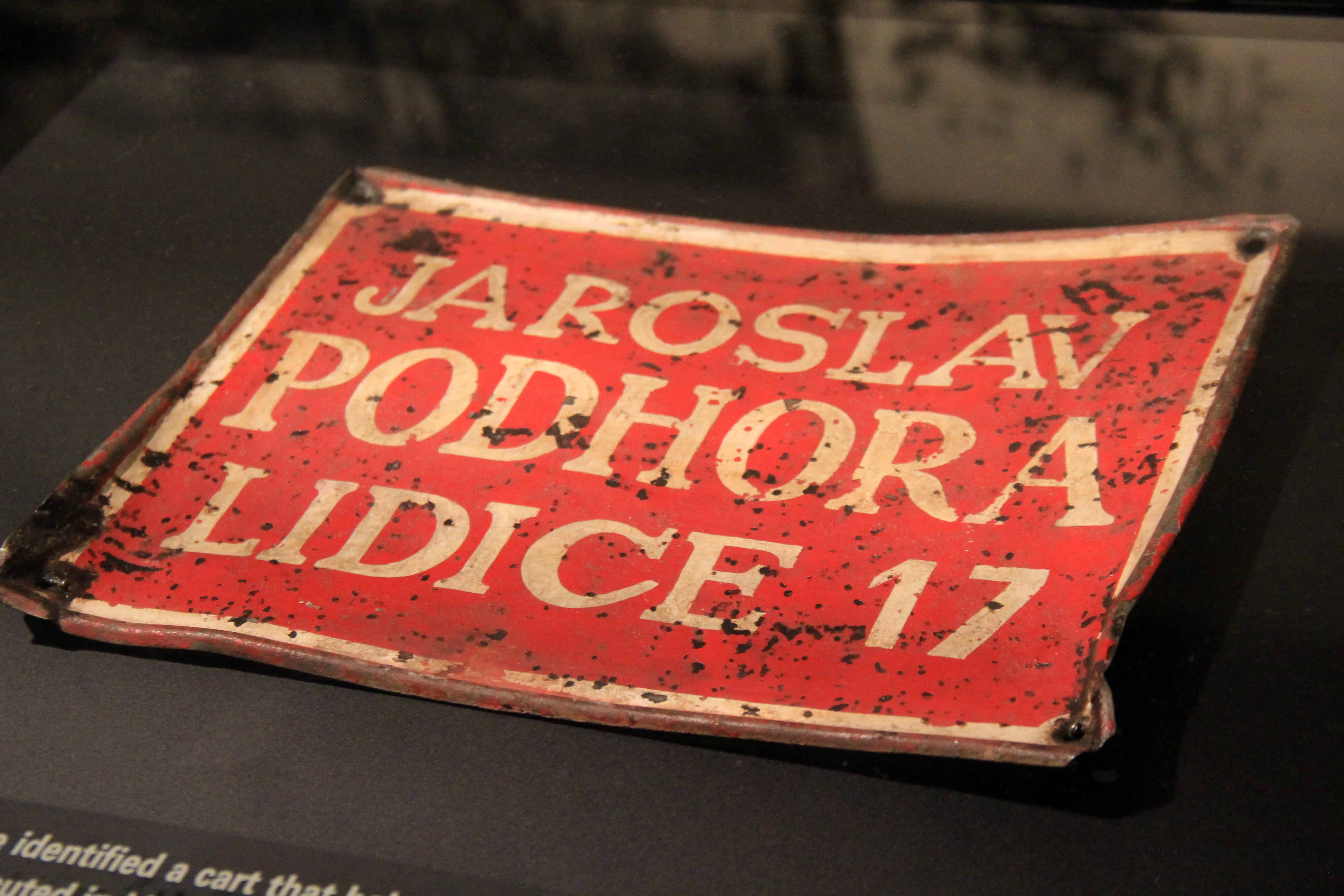 It had seen better days. Now bent and misshapen, an inanimate casualty of war, the advertisement had once belonged on a vendor’s cart, in a little place called “Lidice.”

The History of Lidice

“Lidice, Lidice, Lidice.” It was like a chant in my head, all the way home. I felt dismay. Where was this place? Why did I have this sinking feeling, even sorrow, thinking the sign was important?

Over the next several days, I dug for information, discovered bits and pieces of history that refused to fade into the night. That battered sign brought me to June 10th, 1942, where the stage for horrendous crimes committed against this little mining town, Lidice, was set.

In the early 1800’s, its population was a mere 270. By the late 1800’s that number had nearly doubled in size, with 506 villagers and 50 homes. The village itself was located 20km west of Prague, a mere eight km from Klando and with a surge of industrial growth in the Klando area, Lidice became a thriving mining community.

As the Nazi occupation of Czechoslovakia bared its teeth, wielding Hitler’s hatred of the Jews and his promise of genocide, the resistance movement against Hitler himself and all that he stood for, was gaining strength as well.

One of the most feared and hated Nazi was SS Obergruppenfuhrer- Reinherd Heydrich, who’d been appointed deputy Reichsprotektor in September 1941. His job was to quell the resistance and he embraced the task with vigor. Many were executed without a trial, or sent to the camps and certain death, in hopes that fear would spread and paralyze the people.

Hitler, Nazis, and Lidice on a Collision Course

In London, the exiled Czechoslovak government decided it was time to assassinate Heydrich, and named the project Operation Anthropoid. Two parachutists, Jan Kubis and Josef Gabcik, spent that Winter and Spring hiding in the general areas of Lidice and Kladno, learning of Heydrich’s daily habits.

On May 27th, 1942, Heydrich and his driver were assaulted, when the men proceeded to bomb the vehicle he was driving in. The SS officer at first survived the attempt, exiting the car, trying to chase down his attackers. Days later though, on June 4th, blood poisoning from the bomb’s shrapnel ended the high-ranking SS officer’s life.

Hitler was enraged and vowed to kill anyone involved in the plot to take Heydrich’s life. He announced that the hunt was on and demanded anyone with information needed to report it. His laser-focused hatred landed on the village of Lidice, after a letter was intercepted and brought to the SS by a nearby factory’s co-owner. The words were cryptic and seemed to implicate a young man from the Horák family, now serving in the Czechoslovak army, stationed in Britain.

There was an intense investigation and Hitler’s search of the home yielded nothing to warrant the vengeful acts that followed. No weapons, no transmitters, no letters with vague references to the resistance. But, Heydrich was dead and someone needed to be punished for his murder.

The Horror of Lidice

Shortly before midnight, on the 9th of June, the SS roused villagers from their sleep. In the afternoon of the 10th, 173 men and boys over 15 were taken to the garden of the Horák farm and shot while standing up against mattresses propped along the barn’s exterior walls. First they were killed in groups of five. It was increased to groups of 10, when the Nazi executioners complained it was taking too long, they needed to speed things up. 52 women met the same fate that brutal day.

Additionally, 19 men who’d been working their shifts in the mines at the time and had no idea what was happening back home, were rounded up and sent on to Prague to be shot.

The 203 remaining women and 105 children, were taken to the gymnasium of Kladno grammar school. They were kept there for three days, in deplorable conditions, then separated by the Nazis. 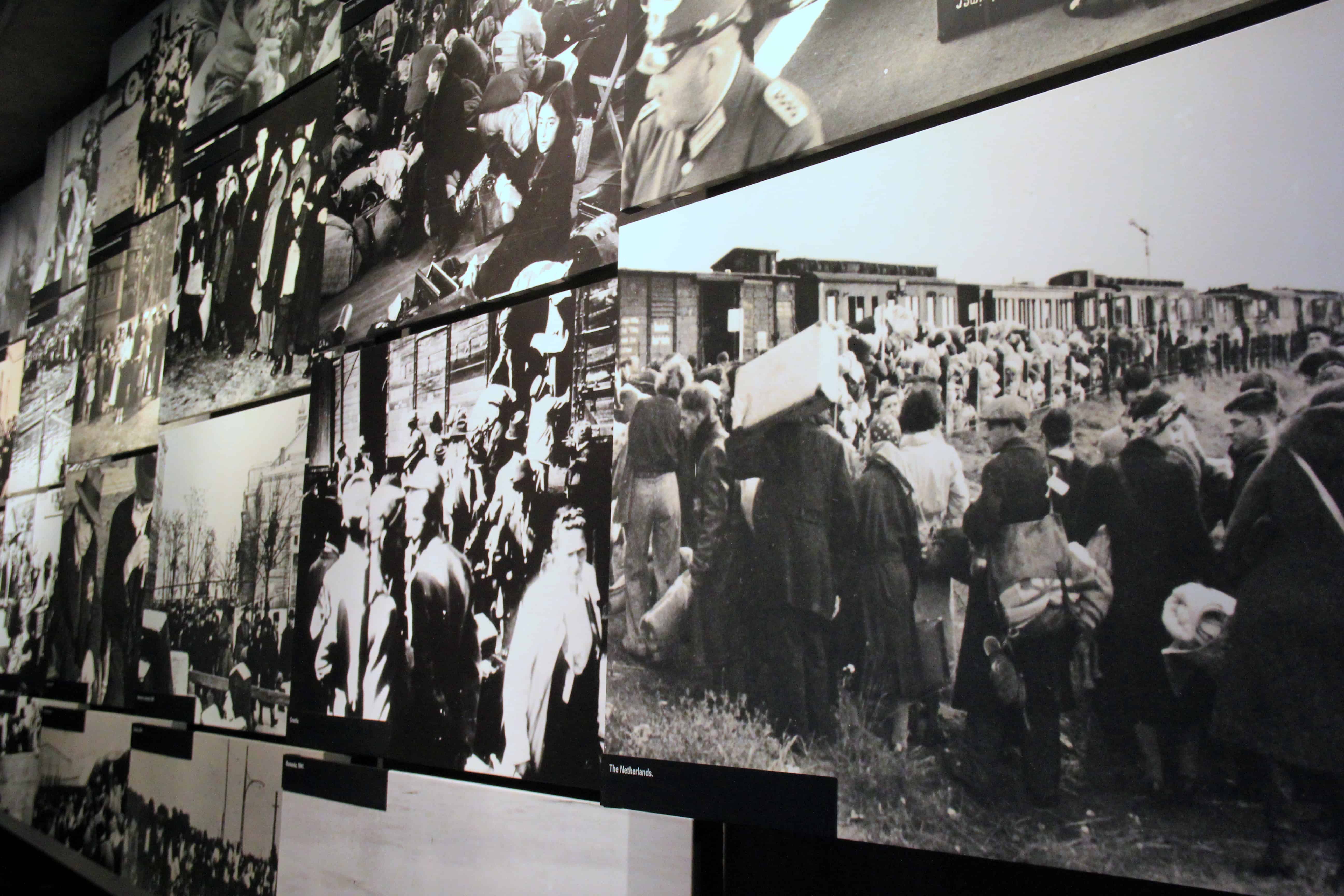 Ripped from their mother’s arms, a few were selected for re-education in German families. It was thought they were fair enough in looks to appear German and young enough that they might not remember their true families, once the war was over. Other youngsters over the age of one were gassed, in specially-adapted vehicles, while at the Nazi killing center in Poland. The women were sent to Ravensbruck concentration camp.

But, the Nazis were by no means finished. Returning to the village of Lidice, they destroyed everything there. Everything. They set homes on fire, burning them to the ground. What the fire did not destroy, plastic explosives took care of. They destroyed buildings, the village church, then proceeded to dig up the cemetery, desecrating the 400 bodies buried there.

Bulldozers were driven, back and forth across the rubble, Hitler stating that there must be no recognizable outlines of the village remaining. Afterward, they erected a high, barbed wire fence around the demolished village, and posted signs for people to stay out or be shot on sight.

All the while, the Nazis filmed the tragedy, documenting the demise of the peaceful village that truly had nothing to do with the SS officer’s death. The black and white silent film says it all and became document No.379 at the Nuremberg trials in 1945.

After the destruction, Hitler puffed himself up and announced it to the world. This was not a crime that he hid in the dark of night. He was adamant that the end of Lidice be broadcast. He proudly proclaimed that the village, its residents and the very name was forever erased, in honor of Heydrich. All mention of Lidice was to be removed from maps and books. New roads would be built, even a stream that had run through the village was to be re-routed by the Nazis.

Word of the atrocity spread quickly and the collective world was aghast. The Nazis intention to wipe the village off the face of the earth was unsuccessful.

A week later, on June 18th, Kubis and Gabcik died alongside five other partisans during a gun battle with the Nazis. Kubis was killed in the gunfire exchange, while Gabcik committed suicide to avoid capture. They’d been betrayed to the Germans by one of their own.

New Hope for a New Village

Towns all over the world decided to change their name to Lidice. Many children born at the time were given the namesake. On June 10th, 1945, the Czechoslovak government declared they would rebuild the village. Women who’d survived the slaughter were there to witness the announcement. 340 Lidice citizens had been murdered by the Nazis. Only 143 women returned home after the war. After a heart-breaking two-year search, 17 children were brought home to their mothers.

Eventually, a new village was born, not many miles away, with help and support from all over the world. A memorial was created at the original site, including the common grave of the innocent men who lost their lives, a memorial of the Lidice children and a museum. Between the old and the new Lidice, 29,000 rose bushes, donated from 32 countries around the world, were planted. They remain to this day. That garden, the “Garden of Peace and Friendship,” opened June 19th, 1955.

The 75th anniversary of the Lidice Massacre was this past June. Though the memory remains raw, the scent of friendship and hope of peace abides.

Read more of Theresa’s thoughtful essays about places where we can honor victims of the Holocaust.