When I decided to go to Australia, I looked into a few airlines and decided to fly Air China. It was about $600 cheaper than Emirates and Singapore Airlines. Also, it was with the Star Alliance group and, being a member, I would get air miles. Only 75% of the actual miles mind you, but better than the 50% I would have received had I flown Singapore airlines.

Travelling Air China, I would fly 10 hours to Beijing and then 11 hours 15 minutes to Sydney from London Heathrow Terminal 2, also know as The Queen’s Terminal. The first thing that I noticed about the experience is that the boarding gate opened a few minutes early. How often does that happen at Heathrow?

The plane from London to the Chinese capital was on an A330-200. I must say that after flying an A380, every other plane pales in comparison. The A330-200 is a 1970’s model Airbus. It had some of the remnants of that era too. The entertainment system only had 14 channels which included Mandarin and English, so really seven channels. It was not the touch screen system that we know now either with an almost unlimited choice of films and music. Let me just add that Air China does have more modern planes too.

The plane was a two-four-two seat configuration. So, it didn’t seem too jam-packed. The seats were comfortable and there was more than enough leg room. The plane was very hot though, like really hot. Most of the time, I am cold on a plane, this time I was taking clothes off.

The Air China flight attendants were mostly women and had a professional appearance. They were entertaining to watch as they went about their business. They were very efficient but sometimes missed the mark.

Like married couples who finish each other’s sentences, they finished each other actions. They were very quick at their job. You know how your dinner trays can sit there in front of you for what seems like hours on end. The flight attendants were extremely fast in removing them. So fast, in fact, that they took my neighbour’s tray away mid mouthful.

There were two cooked meals on the flight which is unusual nowadays. For dinner, you had a choice of chicken and rice or beef and rice. They were basic, no packets of salt and pepper, but my chicken hit the spot. For breakfast, you could have either Chinese or western. The Chinese was some sort of porridge, the western, an omelette and a sausage. The western was not too bad, but then again, I love airplane food.

The only complaint I would have is that I went into the bathroom, it left a little to be desired. The sink was half full of dirty water, the floor was very wet and my soaks got soaked. I was hoping it was just water. I would have to say that it was my only disappointment on the flight.

When we arrived in Beijing, the plane had arrived at the gate, people had collected their overhead luggage and were moving to the front of the plane to get off, the door might have even been open too, and, all of a sudden, there was an announcement, “The plane has now come to a complete stop.” I burst out laughing. 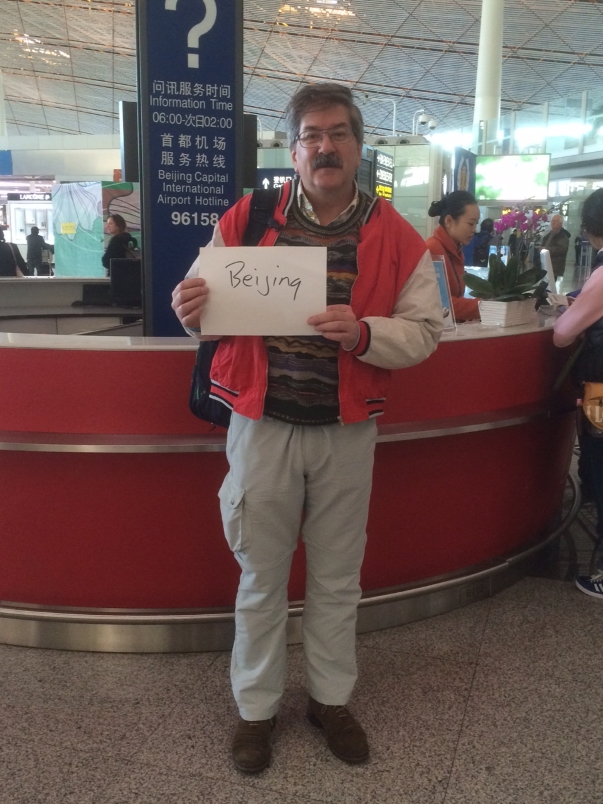 All in all, it was an enjoyable flight and I was already looking forward to my next leg to Sydney.

Hopping a ferry is a way of life in the water world of Falmouth Cornwall. The rivers Fal and Hal

What I learned About English Tea in Southern England

Are you a tea drinker? I am. A strong cup of black tea has been my morning and afternoon lift