When renowned American naturalist John Muir first caught site of Mount Shasta over the braided folds of the Sacramento Valley he said “my blood turned to wine and I have not been weary since.”

It takes a love and spirit of adventure to look beyond California’s golden gates and flashy theme parks and journey to a land of glaciers, caverns, volcanoes and waterfalls. And that is precisely what this magnificent, awe-inspiring wild northeast corner of the country promises its outdoor-loving visitors, giving them unforgettable experiences and memories to last a lifetime. 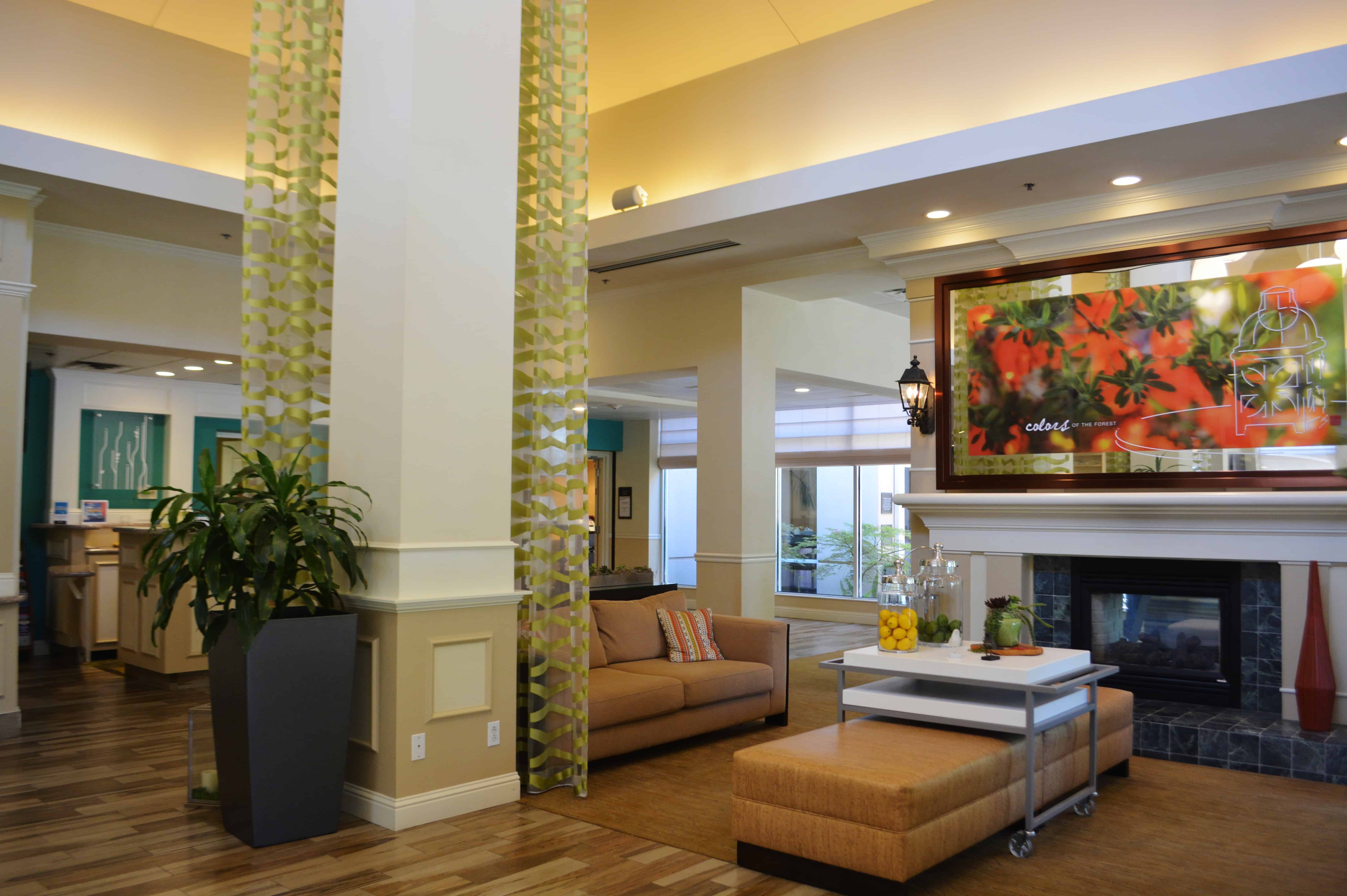 Gateway to the nature’s wilderness and the Shasta Cascades is the town of Redding. Centrally located, Hilton Garden Inn with its well-appointed rooms and top-notch customer service proved a perfect base for exploring the area’s natural wonders.

Cresting at over 14,000-feet, the stunning crown jewel of the Cascades, Mount Shasta, is visible from over 100 miles away. Lower elevations covered with green conifer forests, even in summer, lead to impressive snow-capped volcanic-coned peaks. 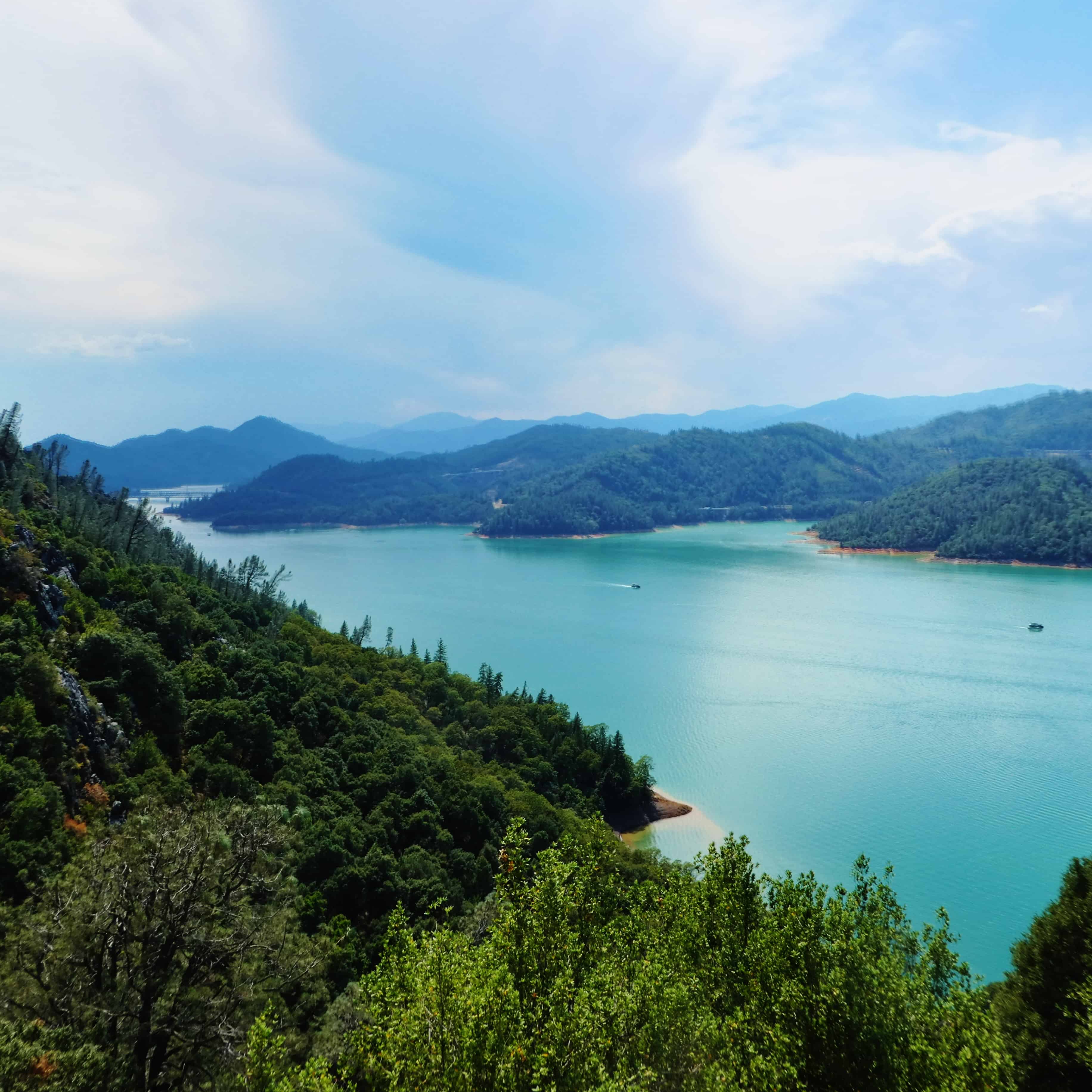 Snow skiing and hiking are popular on this gigantic mountain. Mount Shasta Ski Park re-opened two chairlifts for the summer and early fall before the beginning of ski season.

Gentle cooling breezes offered a respite from the central valley’s intense August heat as the swaying chairs slowly lifted us up the slopes. At the top, we enjoyed music and refreshments at a take-your-breath-away vantage point overlooking this vast wonderland.

It’s not every day that we get the chance to experience rustic small-town America with Mount Shasta looming in the near-distance. With its tin-roofed buildings, old cabooses and historic churches, the small mountain hamlet of McCloud is like a throwback to a simpler time. 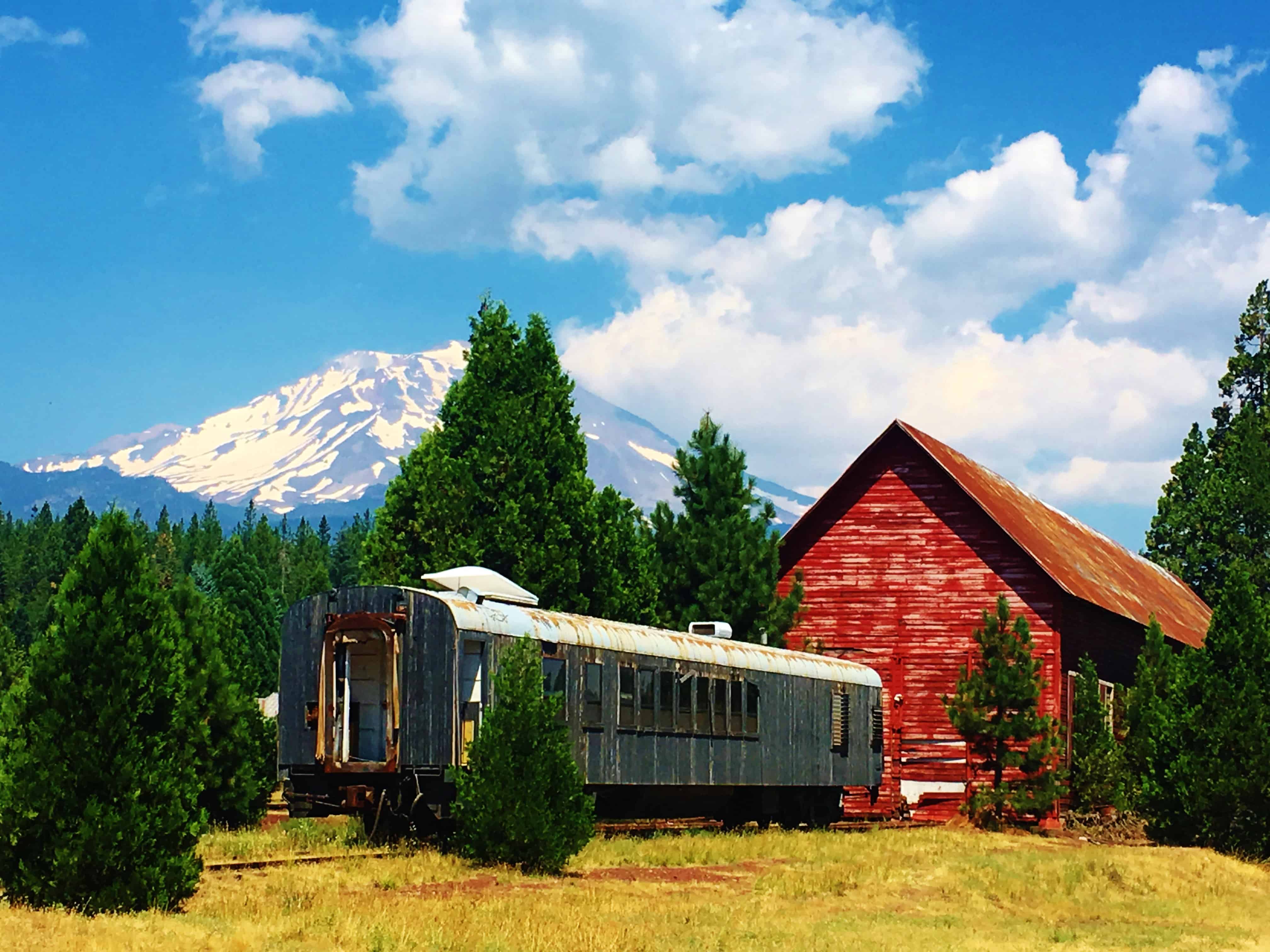 The charming Kyody Café located in the 1895 Mercantile Building serves breakfast and lunch in a mellow relaxed atmosphere that perfectly fits the mood of the mountains. Diners order from a chalkboard list of daily specials. Entrées are served at tables brimming with meadow-picked wildflowers. Paninis are definitely a favorite house specialty here.

A delightful candy and ice cream shop and mercantile next door was an added treat offering a uniquely fun shopping experience.

Lake Shasta, California’s second largest lake after Tahoe is known as the “houseboat capital of the world.” The massive stunning man-made recreational reservoir was formed by one of the engineering marvels of the 20th century—Shasta Dam, the tallest overflow dam in the world.

We boarded a catamaran for a 15-minute scenic cruise across the serene, sky-blue waters of Lake Shasta. Once disembarked on shore, a passenger bus transported us more than 800 feet up the rocky tree-covered mountainside. 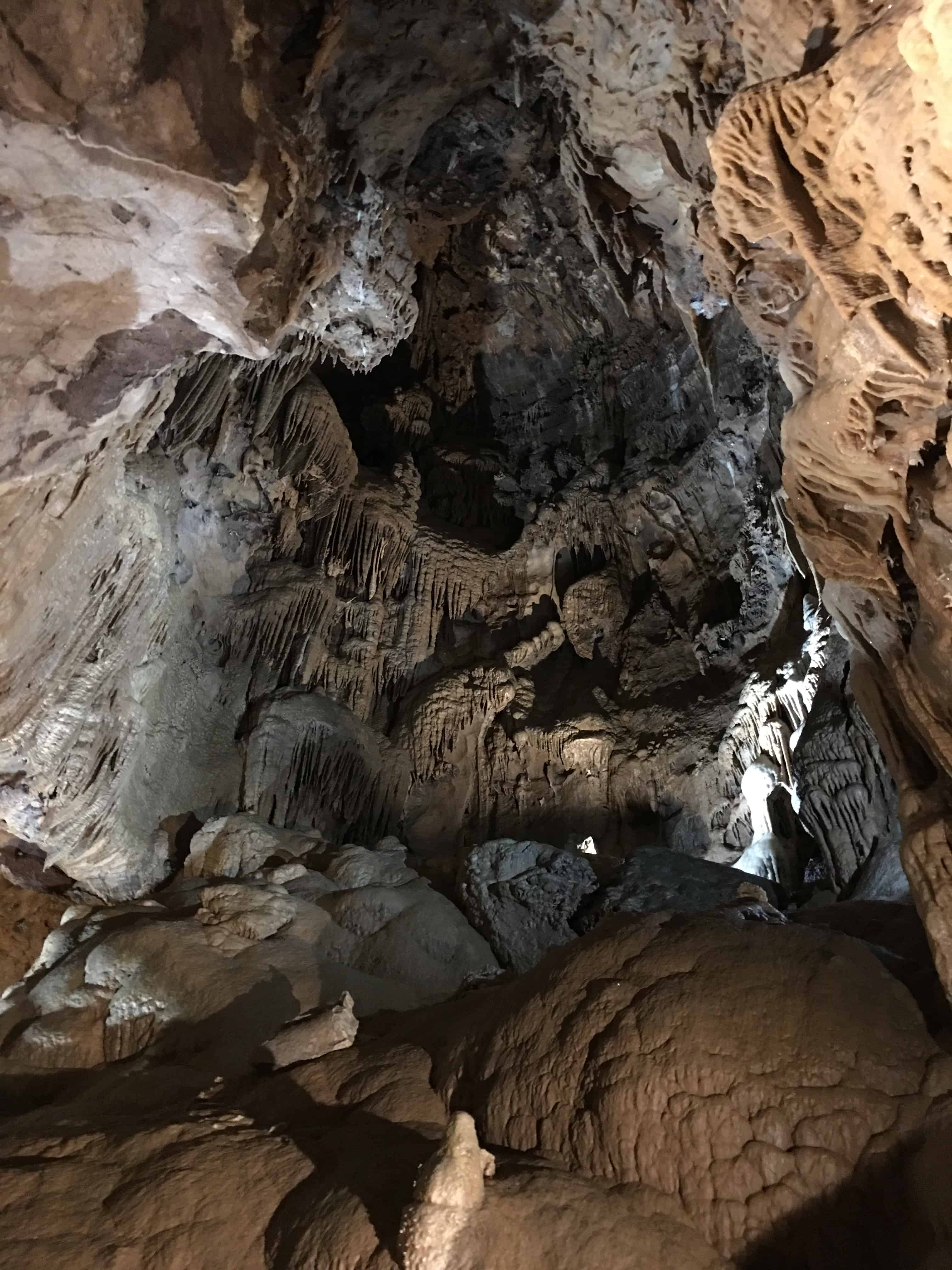 A small museum provided historical information of the mining, dam construction and wildlife of Lake Shasta and a small viewing platform. We gaped and then gasped at the breathtaking vistas of the lake below, surrounded by blue skies and forested green slopes. A tour guide then led our small group through a steel door in the rock face of the mountainside and into the magnificent Shasta Caverns.

Geological dating suggests the caverns formed by flowing water are at least 200 million years old. In 1964, a tunnel was driven into the cavern for the first time allowing visitors to witness for themselves an underground world of fantastic geological formations studded with crystals and glistening limestone.

Dinner with a View

Signature cocktails and a relaxing veranda dinner in five-star View 202 overlooking the swiftly flowing Sacramento River was the perfect way to end a day of exploration. 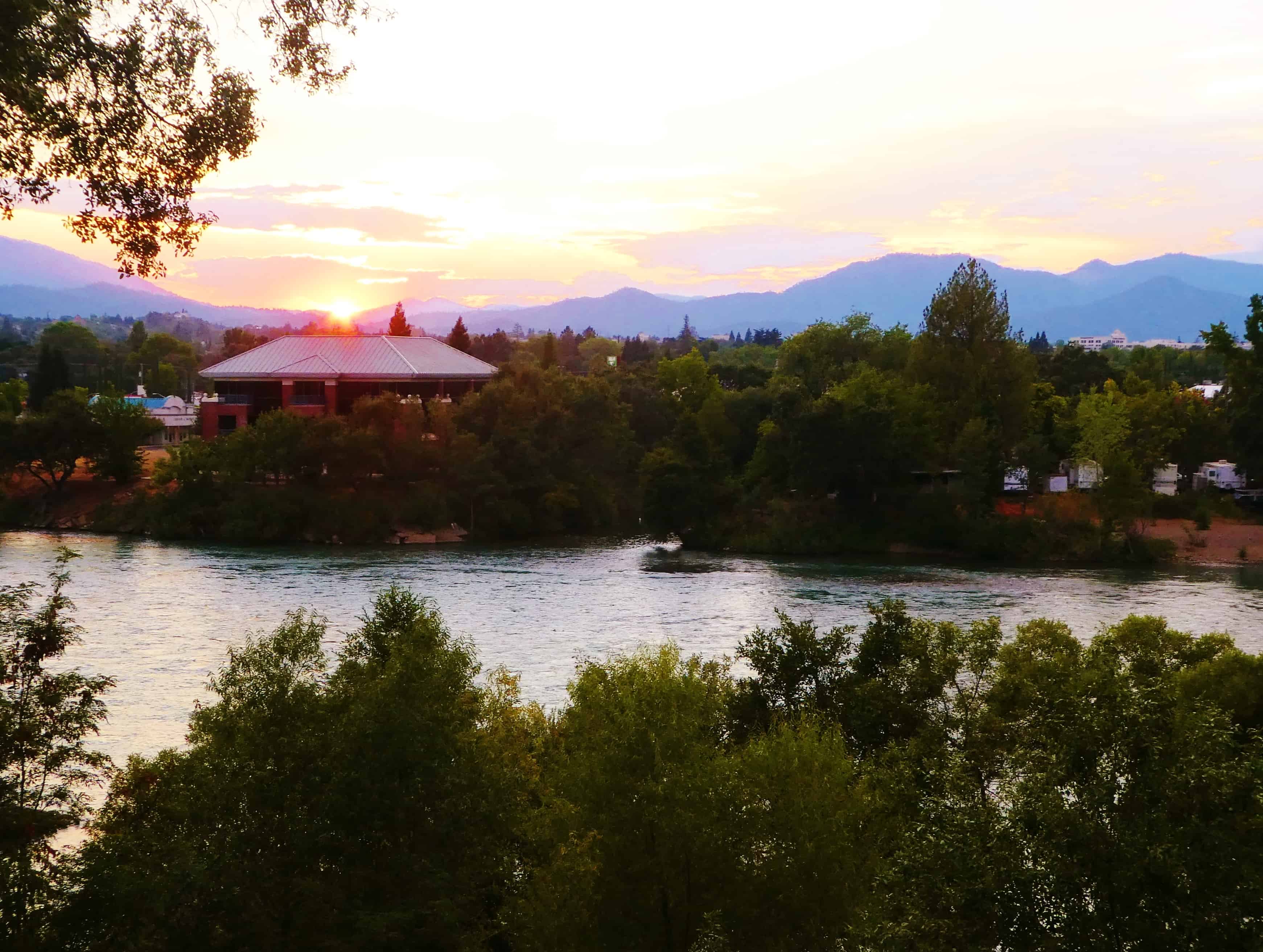 The stylish, chic and classy eatery has an extensive menu of what they call American Modern cuisine. Our entrees, a Cajun-blackened salmon served on a bed of fluffy risotto and pork medallions with caramelized sweet potatoes, were exquisite epicurean delights prepared to perfection. A stunning sunset burning the sky with a myriad of colors over the river and mountains was the icing on the cake.

Former President Theodore Roosevelt called McArthur-Burney Falls Park the “eighth wonder of the world” with its spectacular 129-foot Burney Falls which moves 100 million gallons of water through every day year-round. 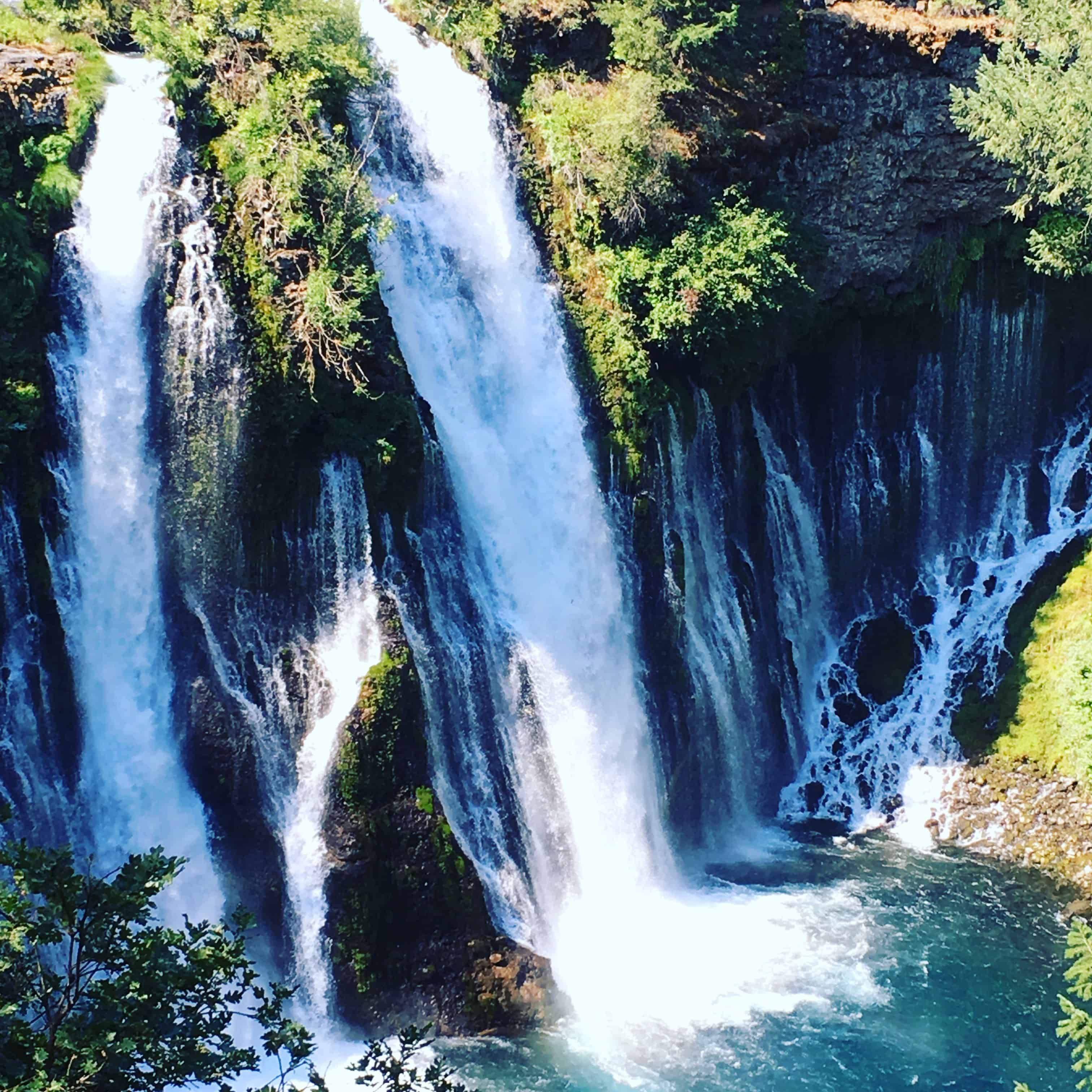 A short paved switchback hike from the falls’ observation point led to more awe-inspiring views from the bottom of the falls. The tall fern-draped cascade booms over a volcanic-formed edge tossing mists of water into the air and creating a multitude of rainbows before plummeting into a crystalline turquoise pool below. Additional rivulets of whitewater sinuously wind their way down the steep cliff sides framing the falls on both sides, enhancing the falls’ impressive natural beauty. At a chilly 47-degrees, the only ones brave enough to stay in the water very long were the catch-and-release fly fishermen.

Home to pristine mountain lakes, steaming fumaroles, and meadows covered with wildflowers, Lassen was definitely the biggest surprise of our visit to the Shasta Cascades area.

A dominant feature of the park is Lassen Peak, the largest plug dome volcano in the world. Near the peak, the national park road reaches over 8,500 feet making it the highest road in the Cascade Mountain Range. The volcano last erupted in 1915 with an impressive display of pyrotechnics and continued fuming until 1921. 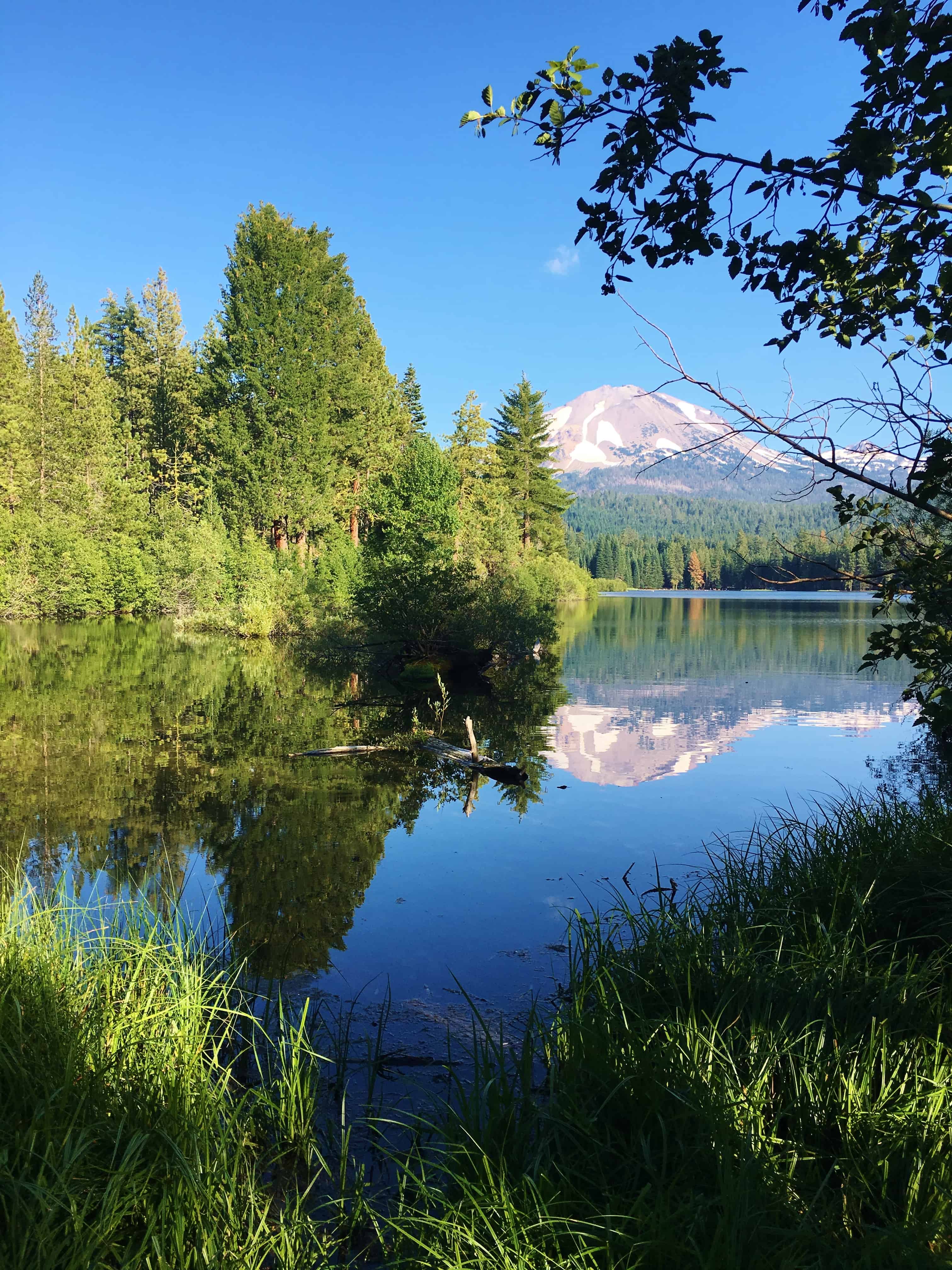 Lassen boasts stunning mountain scenery reminiscent of Yosemite and amazing thermal wonders similar to Yellowstone, all without the crowds of these other popular national parks.

Our short hikes led to picturesque bubbling mountain streams and watery meadows, cauldrons of turquoise pools, and belching mud pots. Who would have guessed that in mid-August we’d see partially ice-covered lakes, snow-covered mountaintops and layers of heavy snowbanks?

Where there are lots of mountains, one can expect lots of waterfalls and there are so many here in the Shasta Cascades including McCloud River Falls.

Three spectacular waterfalls within the Shasta Trinity National Forest are all accessible together within a short walk of the parking areas. For those who prefer more activity, a 3.8 mile round trip hiking trail runs along the fast-flowing McCloud River offering equally impressive views of the three very different falls.

Each spectacular in their own right, the Middle Falls is the quintessential show-stopper. Rushing waters plummet down 44 feet of this 120-foot wide waterfall gathering in a pool of churning tourmaline waters. 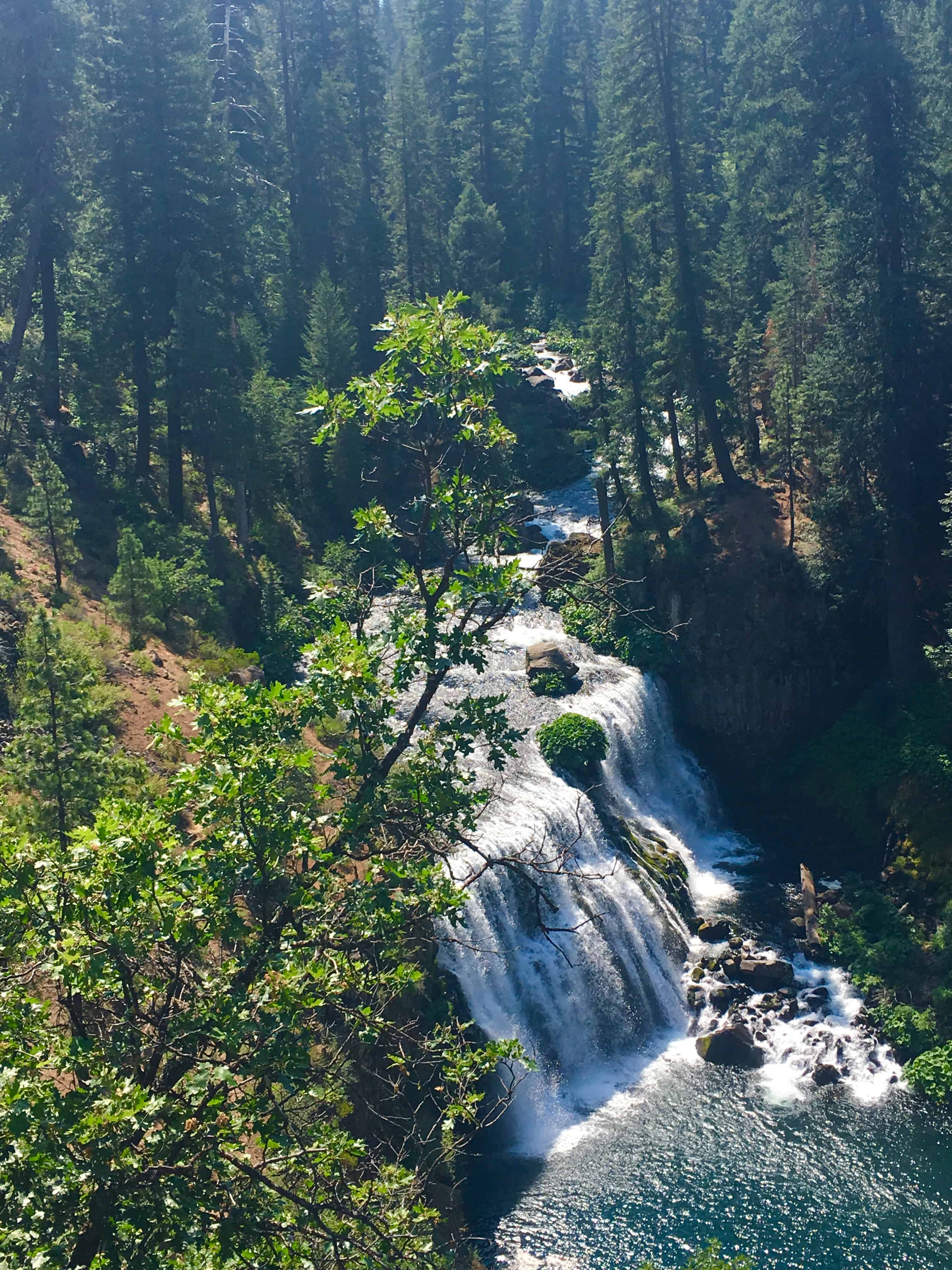 The Upper Falls is the tallest of the three. Water squeezes through a steep narrow ravine and picks up speed downward along this rocky chute. The short but powerful falls crashes over basaltic lava into a beautiful swirling pool below as the river continues its journey down the tree lined gorge. 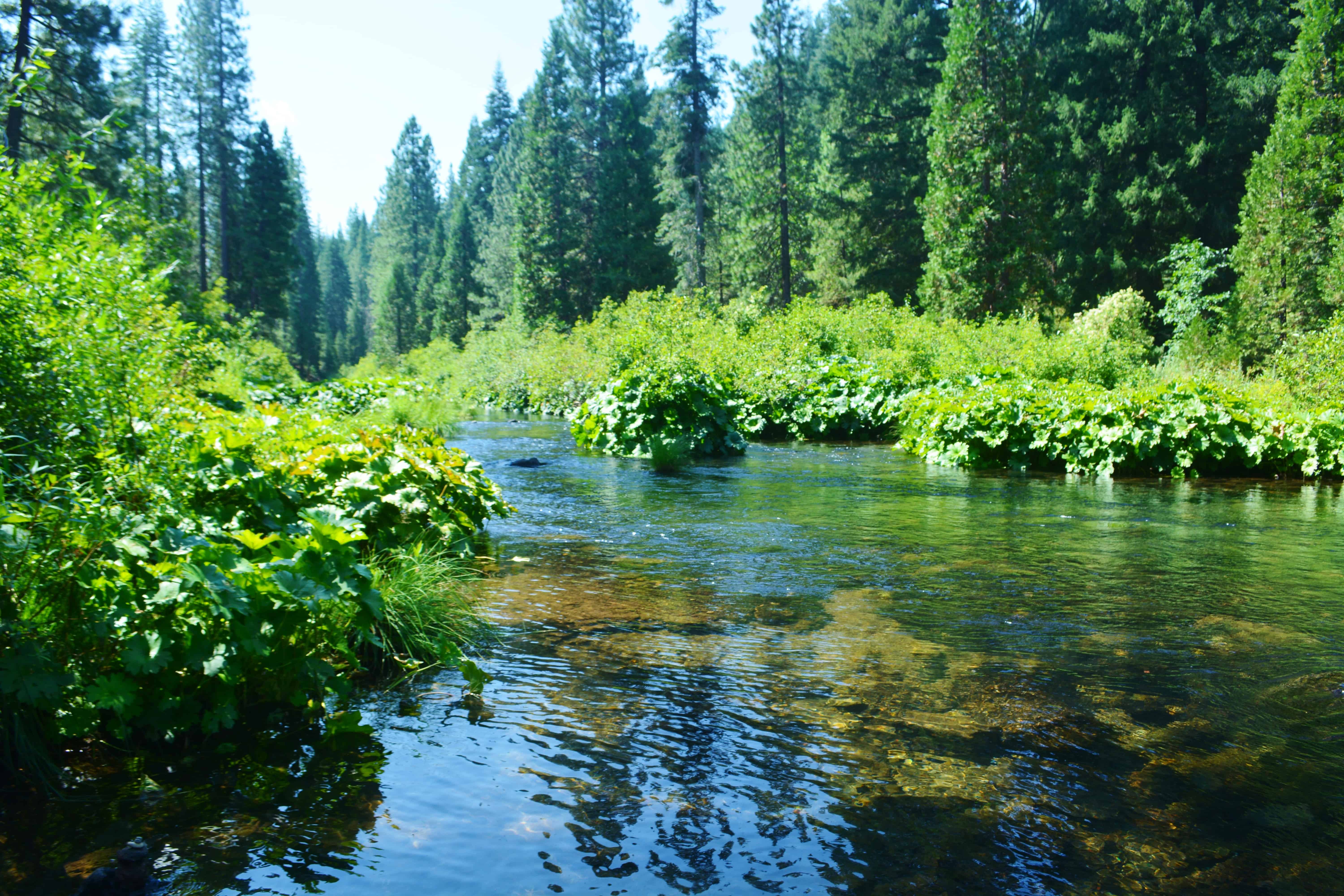 The Lower Falls though smaller than the others is still an impressive force of nature— a final cascade into calmer waters. It’s a popular spot for rock jumping and perfect for swimming and sunbathing on its massive surrounding boulders.

Breathtaking Whiskeytown Lake in the 39,000-acre Whiskeytown National Recreation Area is a favorite for sailing, swimming and canoeing its cool, clear azure waters teeming with fish. 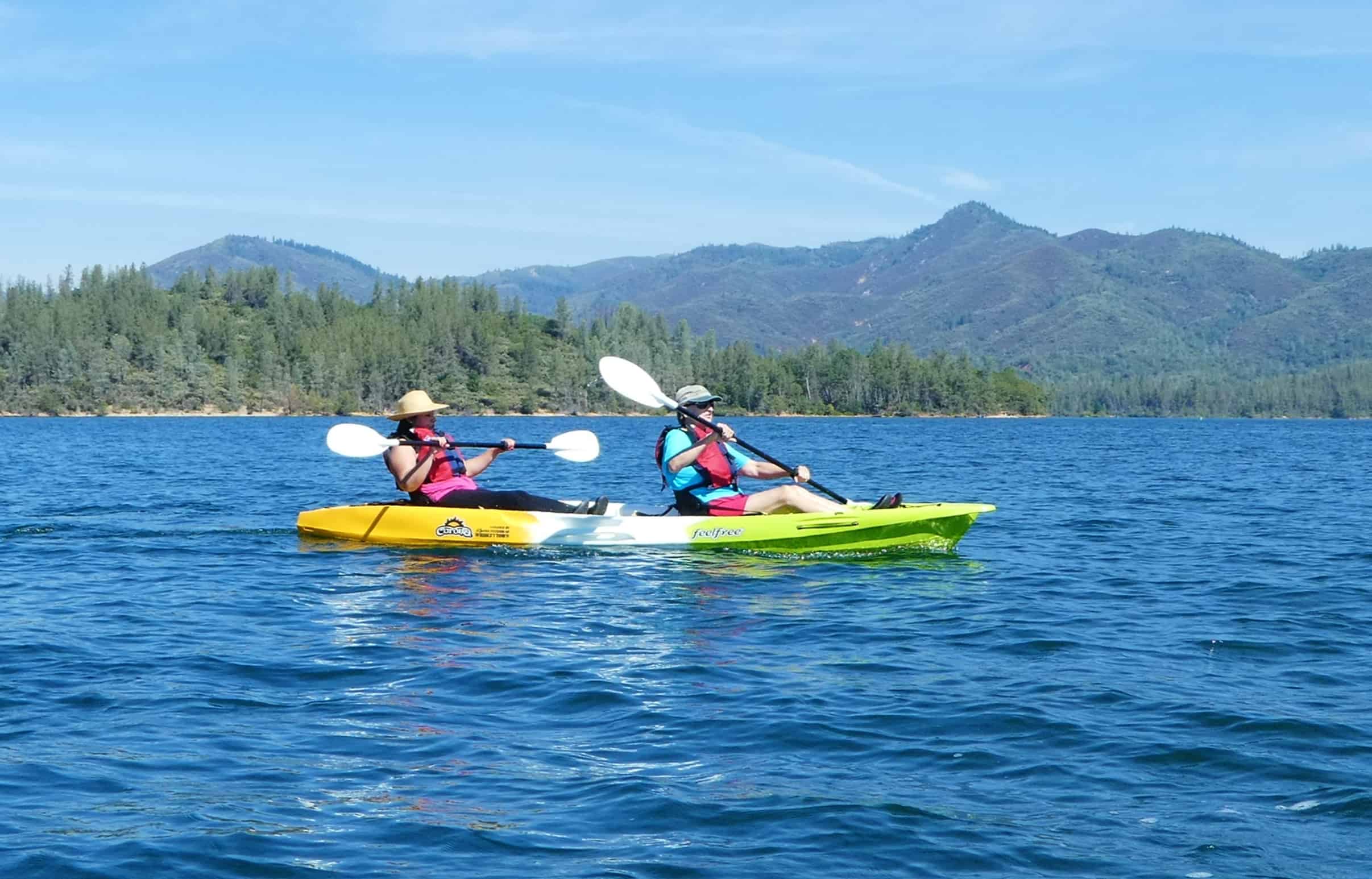 Our 2 ½ hour ranger-led kayak tour took us to peaceful quiet coves where we saw rare birds such as the acorn woodpecker and osprey while learning about the history, nature and culture of this amazing park. It’s no wonder it’s earned the title of “unofficial capital of kayaking.” It was a morning of perfect peaceful serenity.

Local amateur astronomers at Whiskeytown Lake regale guests with stories of how ancient cultures used the sky to navigate and mark important seasonal changes. Uninterrupted by urban light pollution, the Shasta Astronomy club shares their powerful telescopes for an unforgettable experience of stargazing into pitch-black skies filled with celestial wonders.

Located on the Sacramento River in Redding, the Sundial Bridge is one of California’s most unusual icons. World-famous Spanish architect, Santiago Calatrava, architect for the Athens Olympics Stadium designed the 710-foot pedestrian bridge. 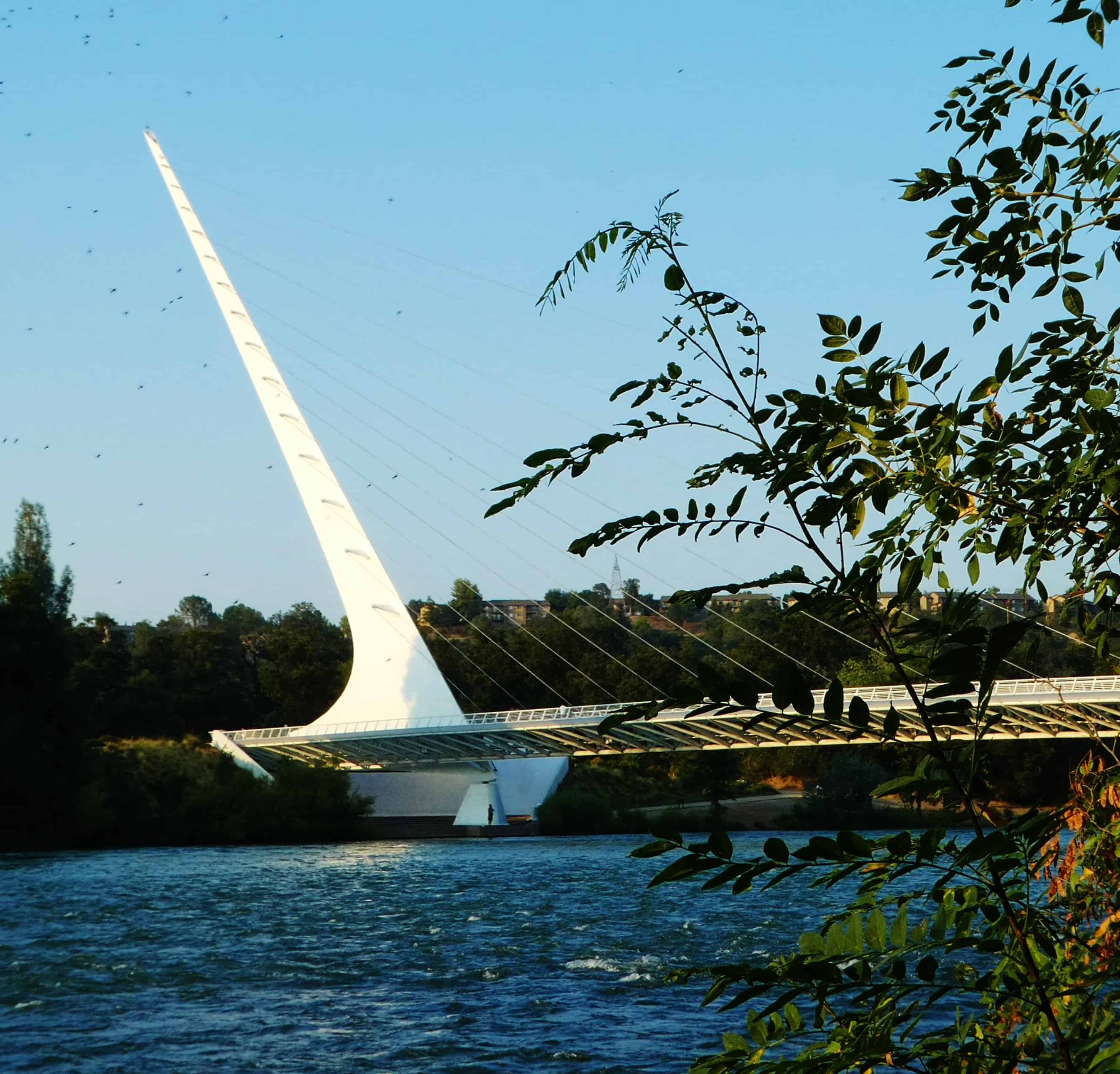 Incredibly unique, the bridge’s walking surface is made of translucent glass. The bridge spans the river with no footings in the water leaving the salmon-spawning habitat completely undisturbed. An inclined 21 story-tall pylon anchors cables that support the entire bridge. The pylon also serves as the upright element of the tallest working sundial in the world. There is no other bridge in the world like it and viewing the bridge at sunset was spectacular.

Multiple trails spiral off the bridge exit, leading to botanical gardens, along the river or high up to scenic bluffs.

Food is the star here at Moonstone Bistro, a small trendy urban eatery committed to providing the freshest farm products available to its customers. 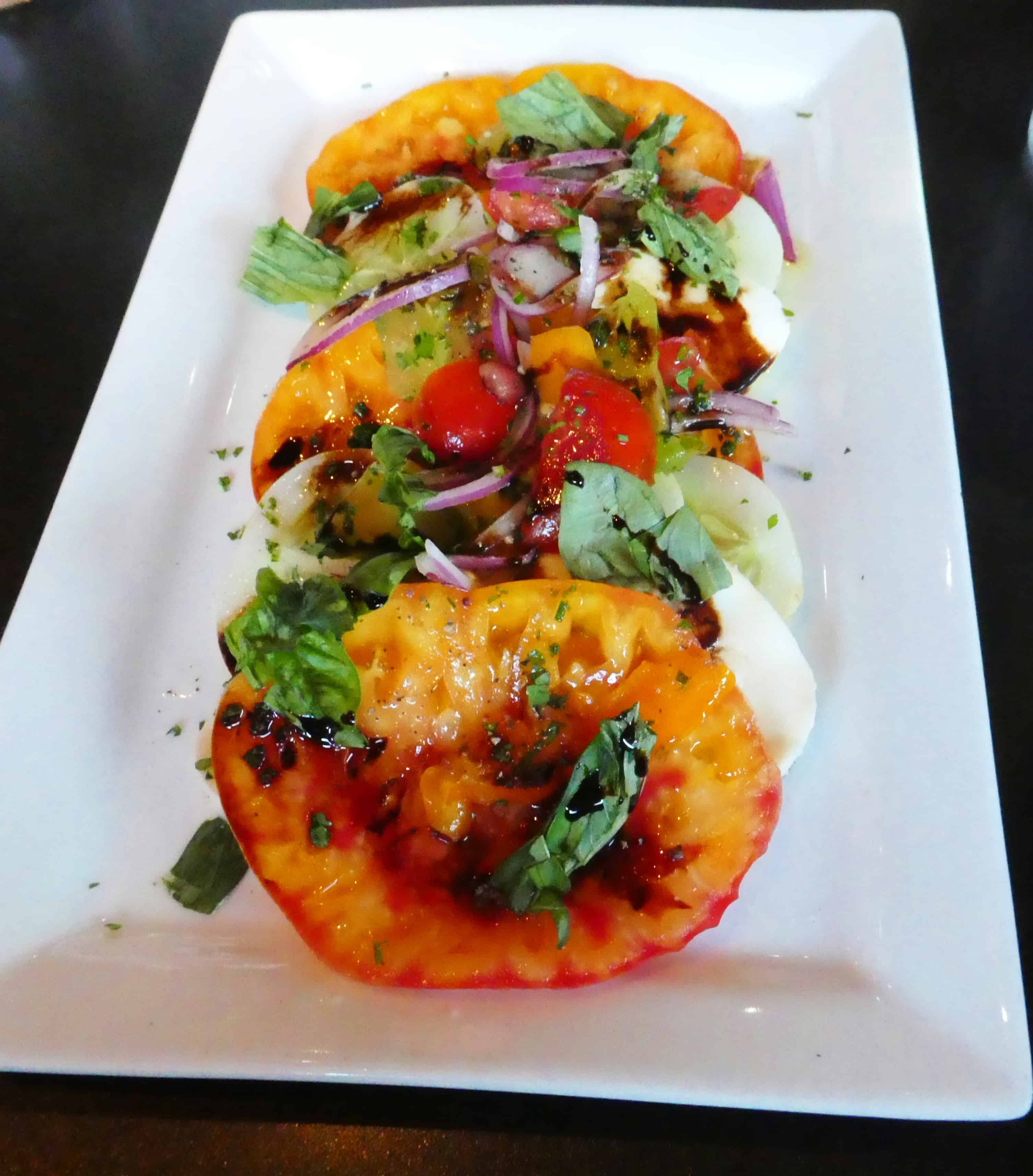 It’s serious organic food here and even their menu lists local farms they buy from. Everything from the Heirloom Tomato Salad made with lemon cucumbers to Rock Shrimp Fettucine made with pattypan squash to free-range New York Steak served with a cast iron baked cheesy Johnny Cake and blackened Chinese broccoli is so good, it’s hard to find words to describe. Perhaps “splendiferous” will do.

When Marty and Mimi Moseley decided to open a winery, they only knew one way— to do it right and do it well. Moseley Family Cellars imports premium grapes from Napa, Sonoma and other select “secret” regions for their delectable whites and reds. 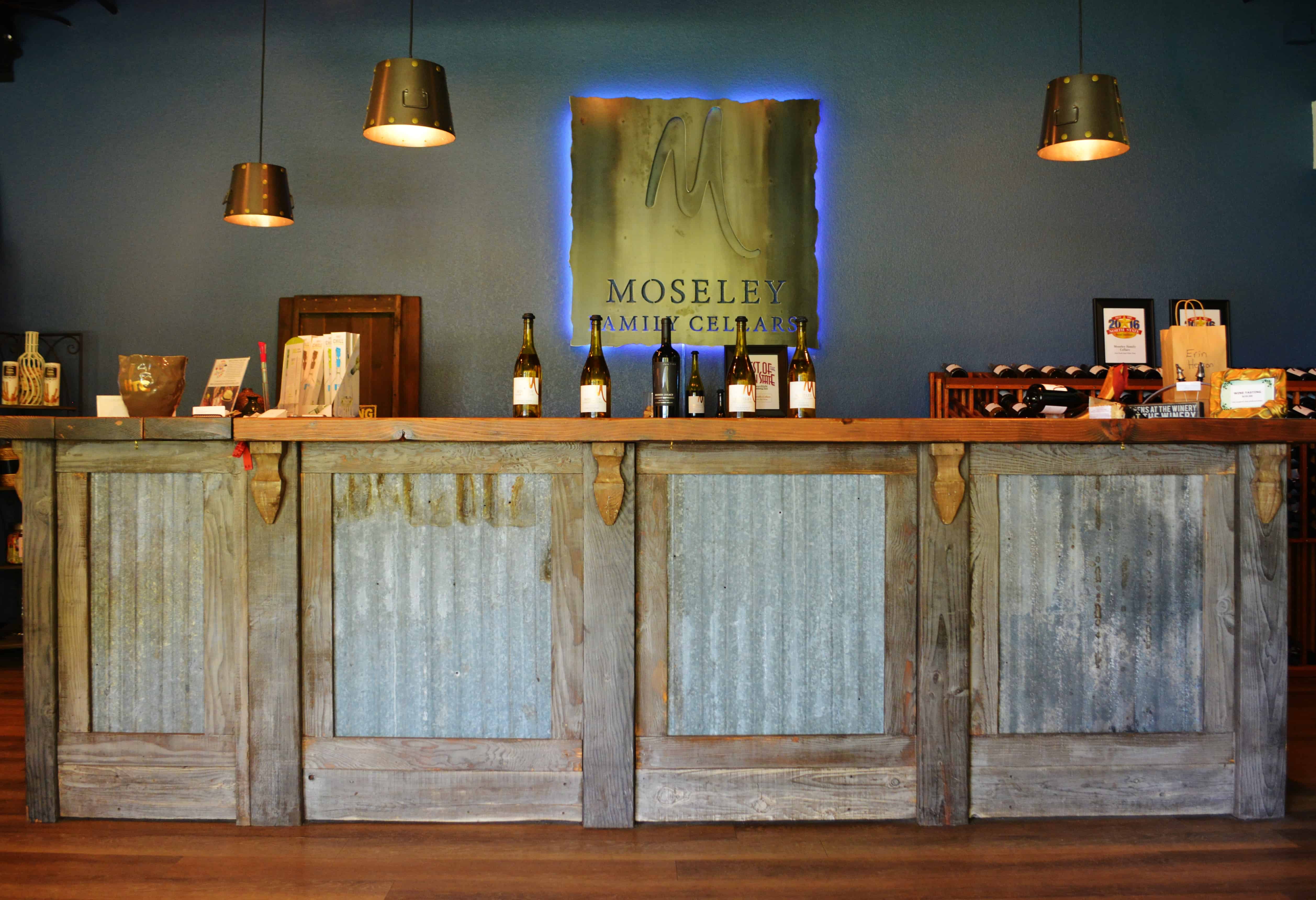 They may not grow the grapes themselves but they own the process from crush to bottle. With delightful descriptions like “Catch a Cab, Zin your Dreams and Sauv your Problems” the winemaking here is taken seriously as the final products attest.

Inspired by the vision, passion and love of craft beer, partners Bart Hauptman and Adam Ward bring their love of brew making to Redding in a 6,000-square foot brewery located in a historic warehouse called Final Draft Brewery. 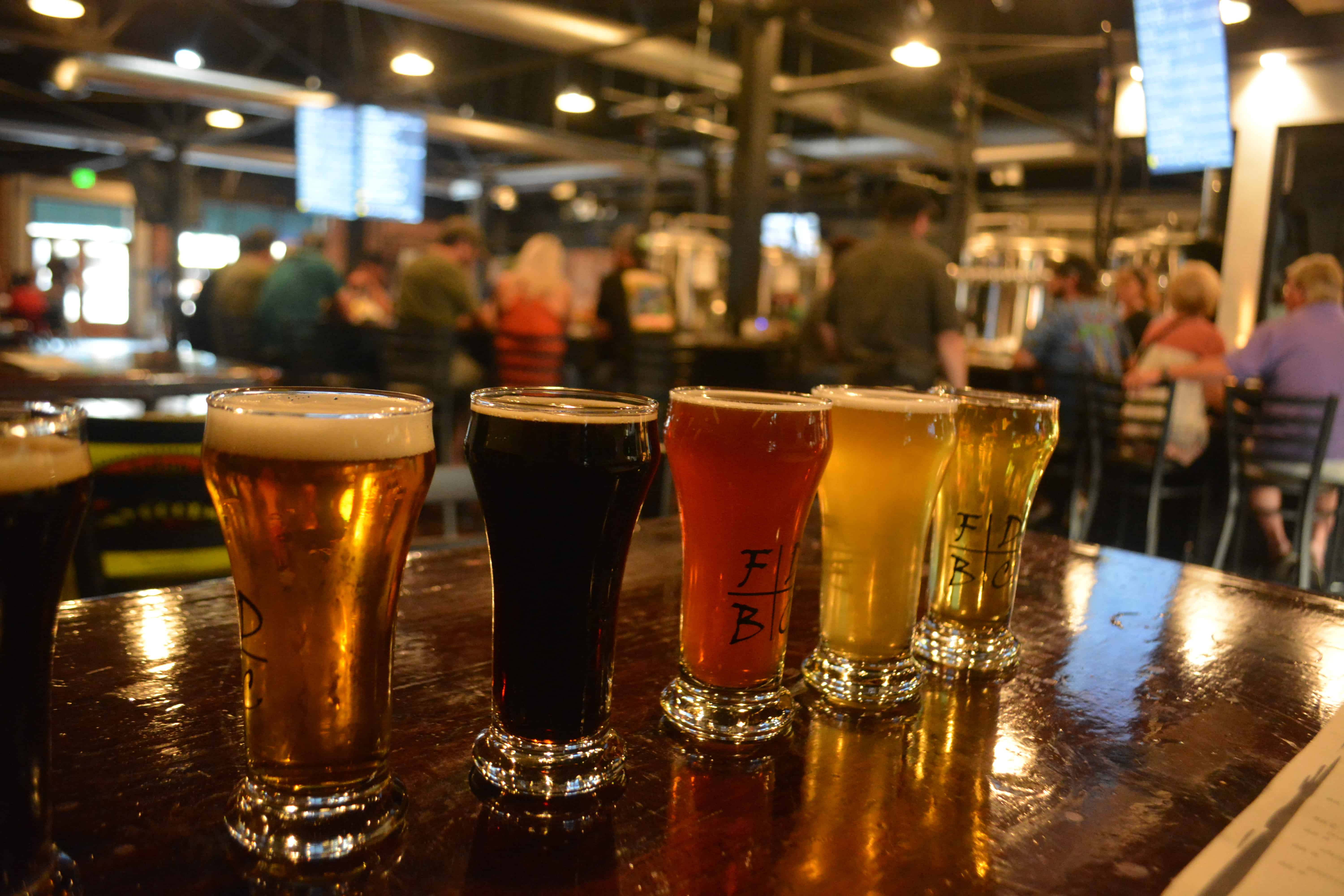 Experimenting with many types of hops, barley and brewing techniques, these brew masters delight family and friends old and new with imaginative creations like a Belgian “That’s What He Said, “Attention Deficit IPA” or a “Buried Alive” extra special strong bitter.

Their impressive array of offerings ran the gamut from hoppy flavorful American IPAs to European style lagers and everything in between. All the locals seem to have their favorites here.

Enjoy specialty pub foods like Beer Cheese and Pretzel Bites made with Beer Cheese, or Tempura Beer Battered Onions Rings, all made with their own craft beer. 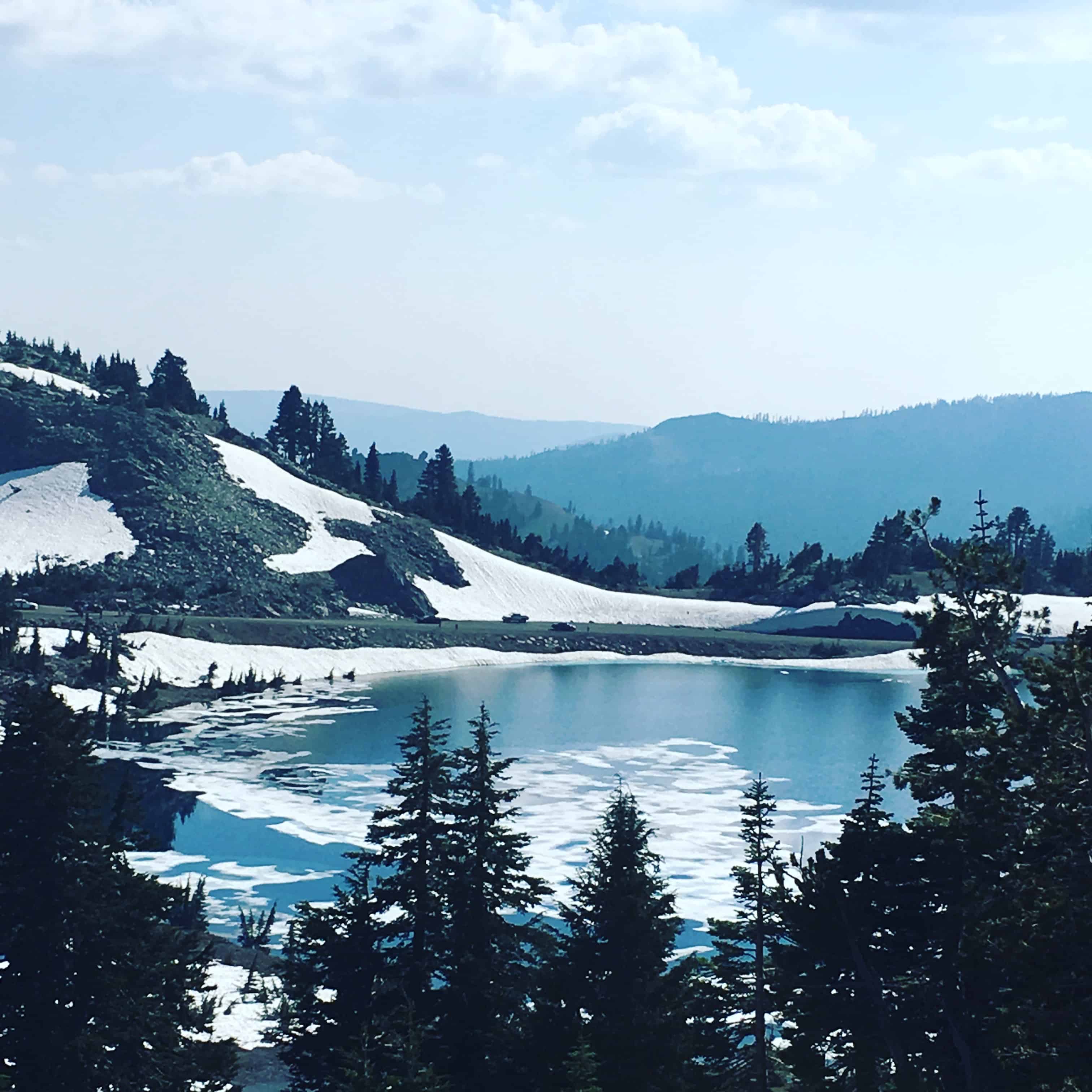 After all was said and done, four days in this incredible wilderness paradise was not nearly enough. An unknown author once wrote “The spirit needs places where nature has not been rearranged by the hands of man.”

The Shasta Cascades are such a place.

Stay and Play in Magnificent Monterey