The Rose Hotel in Chippendale, Sydney, is somewhat of an institution. Friends in the area have been going there for a few years and it seems like a lot of people in the city know the venue. The bartender told me that it’s been there under its present name for about 12 years. Before that, from 1994, it was called the Native Rose Hotel, but it goes way back. There is a picture on the internet dating back to the early 1920’s. By the look of that black and white photo, it was already a going concern.

The Rose really is a local pub, you get that feeling as soon as you walk in the door. There’s a huge aquarium behind the bar which gives it a relaxing feel. The staff is young and seem to like working there. It really does have a good vibe to it. Although it might seem to cater to a student crowd, there are three universities in the area, there were a few business types in there at lunchtime. 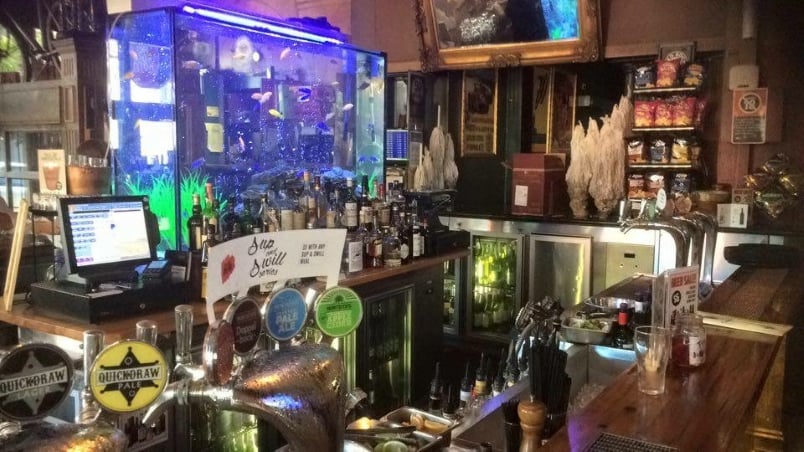 I stayed in Chippendale for five days and I popped into The Rose on four of them. One was for a get together, another for a drink with a former flatmate (roommate), once was a meeting point and the other was for lunch. 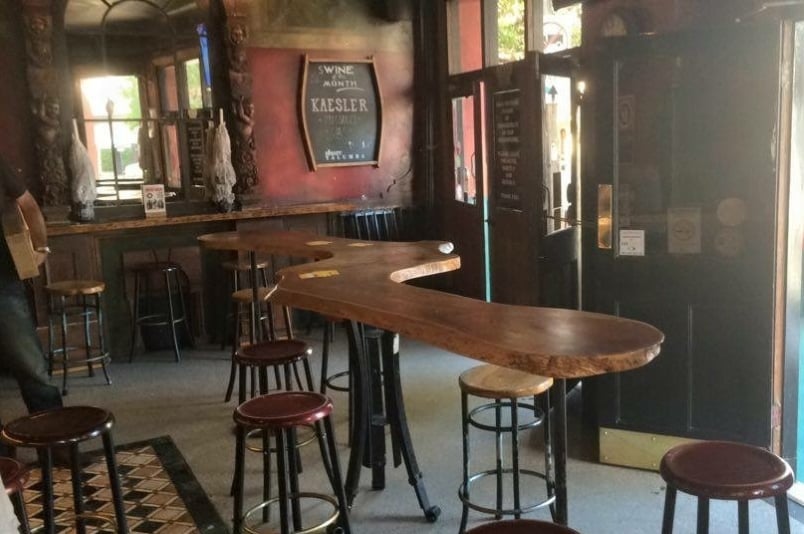 There’s an inside area with tables and bar stools and a small, cosy seating area behind the serving area. The bar seems small until you venture into the garden where there is seating for a couple of hundred people. There’s a ground level, a patio, a balcony and a restaurant area. The venue can be hired out for corporate functions, birthdays and Christmas parties. 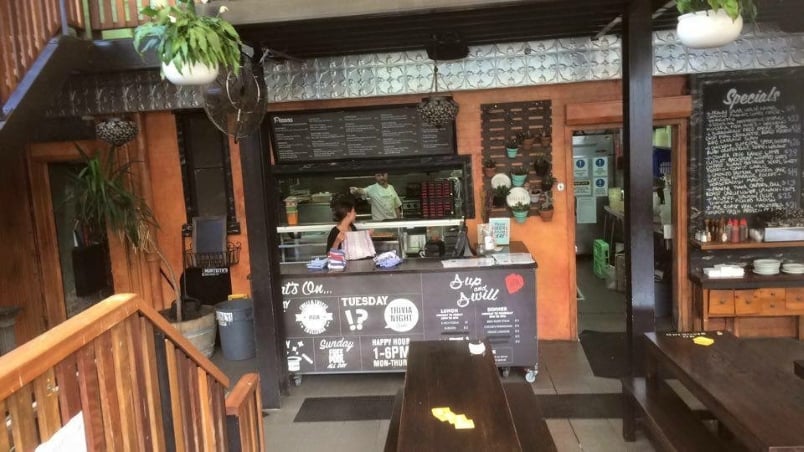 It was so hot on the day I was there, (I heard +38 degrees Celcius, but I did hear +41 too) that in the garden area, there were hoses that were spraying mist. It was very welcome I must say and it cooled the seating area immensely. You didn’t have to worry about getting wet as it evaporated before it had time to reach the ground. The garden area is also covered to protect you from the hot sun. 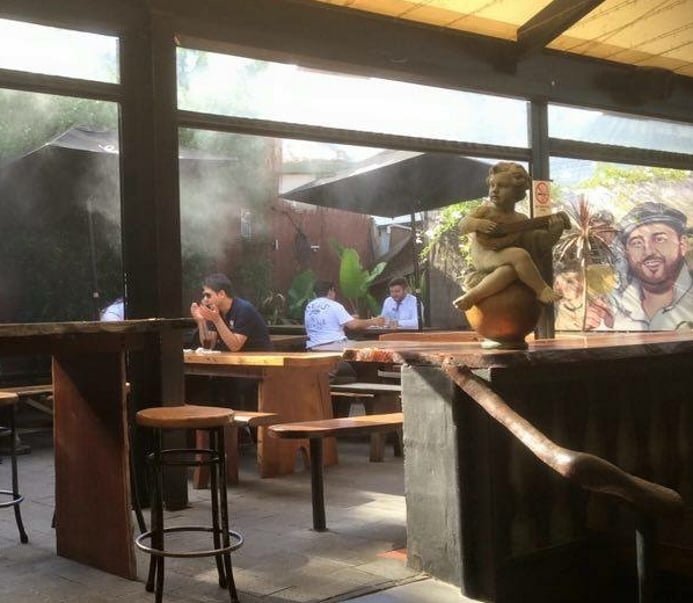 The seating in this part of the bar consists of wooden benches and tables. They are mostly tables of about eight to 10 so it’s great for socialising. They can be reserved in advance, perfect if you are planning a large gathering. There is also a pool table in the middle of the room. 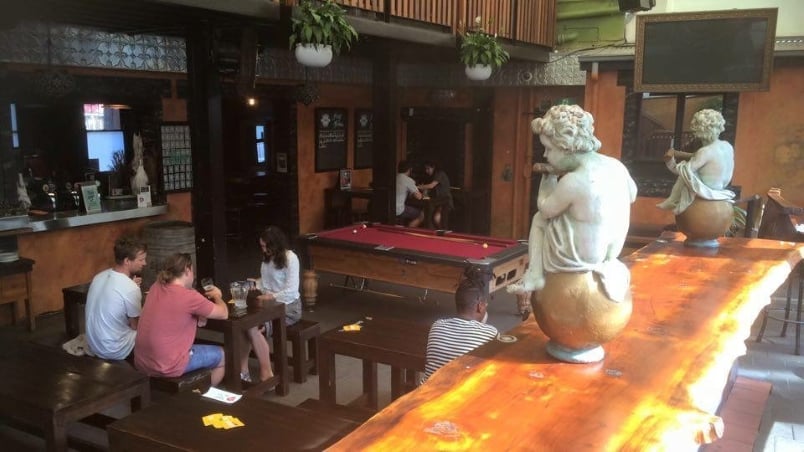 The main cuisine is pizza, although they are other items like seafood and beef dishes on the menu as well. The pizzas come in an 8 inch lunch size for A$9.00 and, if I remember, a 10 inch size for A$18.00. That’s about US$6.00 and US$12. One might think there are a bit pricey, but eating out in Australia is expensive. There are traditional pizzas on the menu as well as a few fancy ones. I had a Mexican pizza which was topped with tomatoes, jalapenos, chorizo, cheese, and to top it off, there was guacamole and sour cream on top with a few nacho chips. It was delicious. I had one there on the first night of my stay in the area and it was the last thing I ate on the day I left.

There are a lot of beers and wines to choose from too. You can get a half a bottle of wine and a cheese platter for A$33.00. I had a local lager for A$7.00 for a Schooner. As soon as I found out that a jug was A$12.00, and contained about four Schooners, I opted for that. It was too hot not to.

I really felt that I was sitting in my back garden with no worries in the world. The only thing missing was a hammock, but I guess they don’t want to be waking people up at the end of day. The Rose Hotel is a real gem in the heart of the inner city.