Day three on the Pride of America is day 2 on Maui. After spending a day on the island, we decided to stay on the ship for our second day. I would not necessarily recommend this for people who are new to the islands, but as we have been lucky enough to travel there fairly often, this trip was more about the cruise and just relaxing. We perused the various excursions and realized we’ve done pretty much all of them before, not as cruise excursions but on previous stays in Maui. So in the spirit of saving money and resting up for the next cruise stop, we chose to stay on board and enjoy the pool, food, and activities.

We started the day at Cagney’s again as we were lucky to be given the option to eat there every morning. I had a lovely salmon frittata and Jed had a filet with eggs, while Milo went with waffles and whipped cream and fruit. One of the nice things about cruising is the food is always available and ready for you. No cooking and no clean up!

After breakfast it was time to head to trivia. We love trivia and try to make as many as possible. The problem we found on this cruise was the location. They held the trivia in the coffee bar area in the mid-section of the ship, right next to guest services and the embarkation/debarkation location. This made it very hard to hear the questions and each other at times. When we asked the activities person about it she said they do it that way because they want people to walk by and see it happening. This cruise was also different in that the trivia sessions were often comprised of only a few small groups. We realized this was due to the fact that we were in port and didn’t have any sea days. We still managed to have fun!

Later, I hit the gym and Jed and Milo did the wacky golf challenge. I got in an hour and 20 minutes on the elliptical machine thanks to the movie Enchanted. Being entertained while on the machines is the only way to go! I had forgotten how good it was. Jed said that there was only one other team of two at the wacky golf challenge. It was basically a put-put mat set up in the lobby, but the boys had fun! 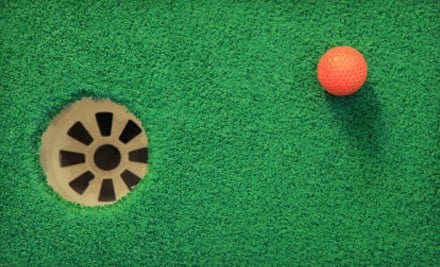 Milo was insistent that I head to the buffet with him to try the pizza. He was a huge fan, though I would give it a rating more like, not bad. While we waited for them to open for lunch I quizzed him on spelling words. The kid did 6th grade words with no problem! Sitting on the deck of the ship in the sunshine with majestic mountains of Maui as a back drop…not a bad class room. As I sat by the pool later to jot down my notes for the day I found myself smiling. Only a few feet away Milo was sitting in the hot tub chatting up three adults. He told them several stories about our travels, then all about how he home schools on the road. I truly hope he looks back as an adult and remembers it fondly.

Dinner found us at one of the specialty restaurants on board, East Meets West Sushi and Teppanyaki, are a restaurant duo serving two different menus. They serve Pacific Rim-fusion food at East Meets West and Sushi. We sat at the bar and had some very good sushi rolls. I ordered a saki I hadn’t tried before, and when the waiter found that I didn’t like it, he kindly brought me a different one. If you’ve ever been to a Benihana you’ll be familiar with the style of cooking in the Teppanyaki restaurant. A chef stands in the center of a u-shaped table and the guests interact with and watch the chef cook the food directly in front of them. If there aren’t enough in your party to fill a table, they seat you with other guests. It’s a great way to meet other people. This is a fun experience, and if you haven’t tried it we highly recommend it!

Check current pricing and support MilesGeek with our affiliate CruiseDirect.

A Week on Norwegian Cruise Lines Escape; Not necessarily for the birds!

Amongst all the issues associated with the year 2020, one of the industries hit hardest is the tourism industry. If

It is 2020, a year that will one day be talked about with our grandchildren and their children amongst families