From your initial greeting until check-out time, you will be glad you chose Old Consulate Inn for your accommodations during a visit to Port Townsend, Washington. For five straight years, Old Consulate Inn has been voted the Best B & B in Jefferson County, Washington. Its architecture, history, location, superior amenities and charm blend perfectly with the beauty and vibe of tiny Port Townsend located on the Olympic Peninsula.

In 1979, Port Townsend received its official designation as one of only three Victorian seaports in the United States, and the Victorian design of the Inn, then known as the Frank W. Hastings house, was considered to be a key property and placed on the National Register as an historic landmark. 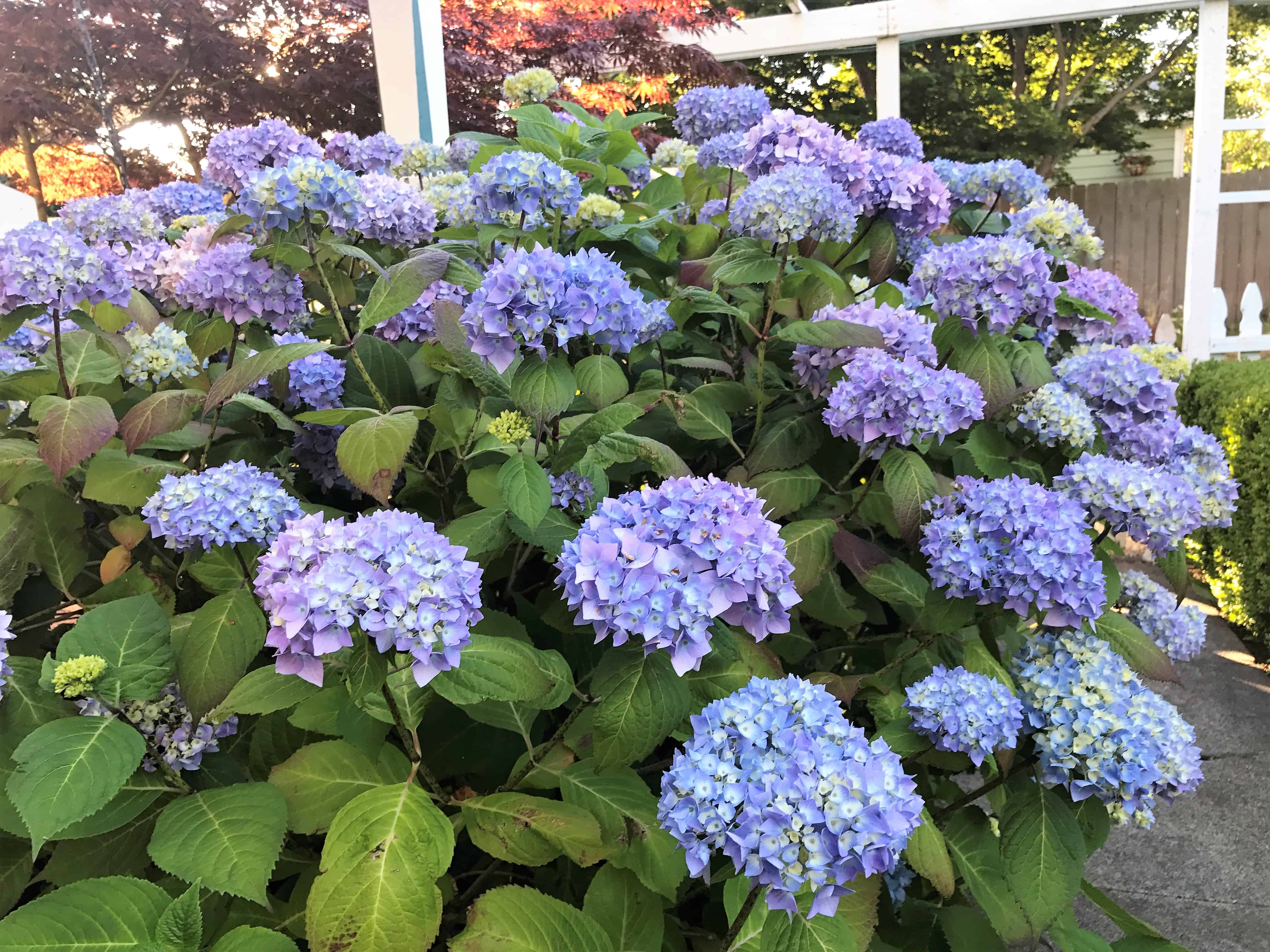 Frank Hastings, who came to Port Townsend with his European parents at four years old, became a successful businessman who felt that Port Townsend was poised to become a booming metropolis. So, he began construction on the house in 1889 with that thought in mind. The town, however, did not boom but began to decline in population, and Mr. Hastings was not financially able to complete the project.

The unfinished house was bought at auction by Mr. Owen Olsen and finally completed in 1907. It was the first private home in Port Townsend to have electric lights. In order to generate income, the Olsens decided to take in a few boarders, and one of those was August Dudenhousen, the acting vice-consul of Germany. That is where the present name of the house originated. Germany recognizes the house as having been a consulate, but it was never an embassy.

Old Consulate Inn, at 313 Walker Street, situated on a hill takes full advantage of the amazing natural surroundings. From the wraparound veranda and the gazebo, guests can enjoy views of Puget Sound and the Olympic Mountains. 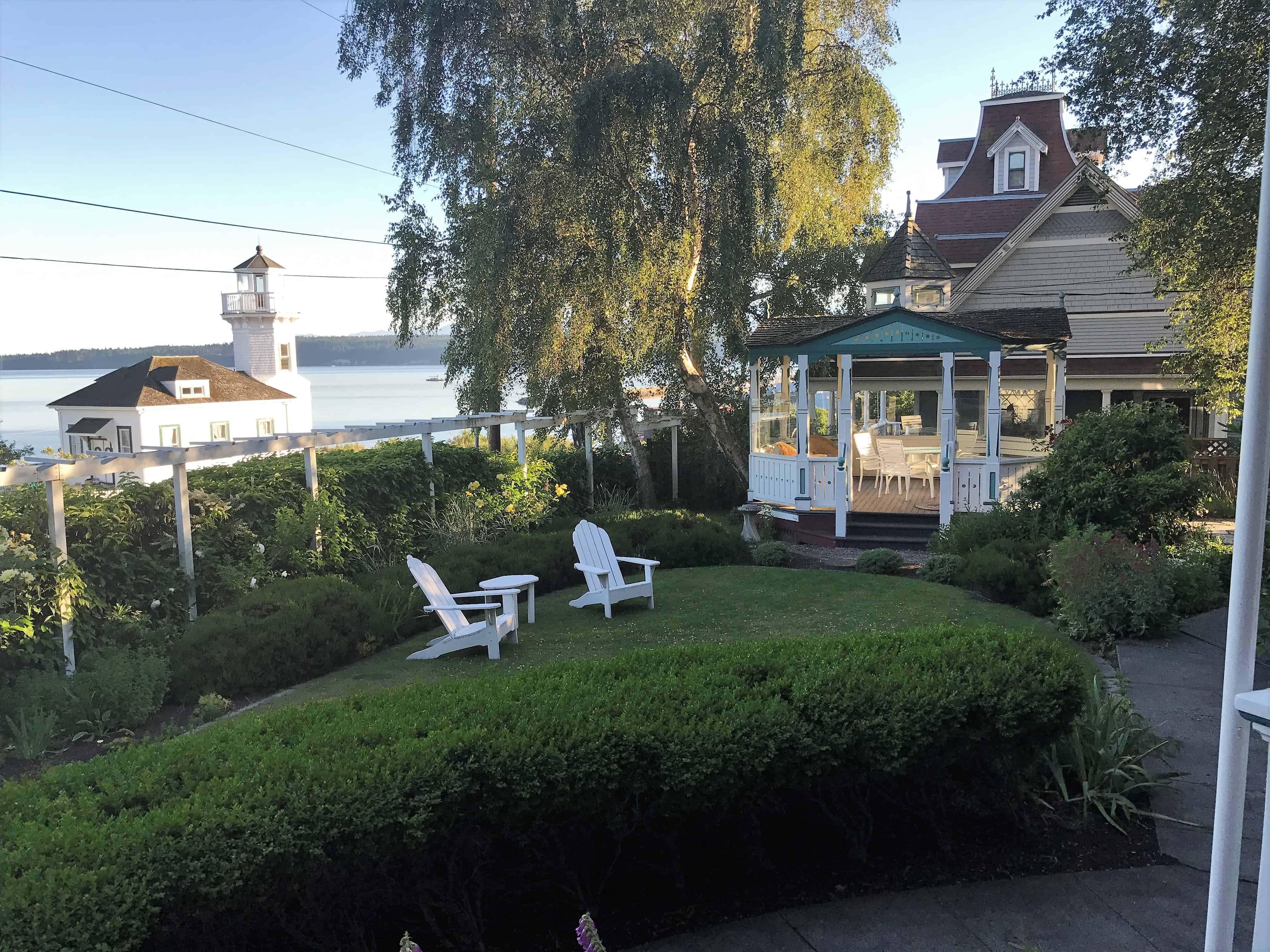 Across the street is the Jefferson County Courthouse with a large green space in front that is great for an evening stroll. And, the shops of Water Street are within walking distance or an easy drive down the hill. Don’t be surprised, though, if you want to spend some peaceful time just sitting on the porch, savoring the flowers and lush landscaping surrounding the inn.

There are eight suites available for guests, all with private baths. One of the suites is dog-friendly. The toiletries come from Townsend Bay Soap Company, and nightly chocolates are made by a local candy shop. 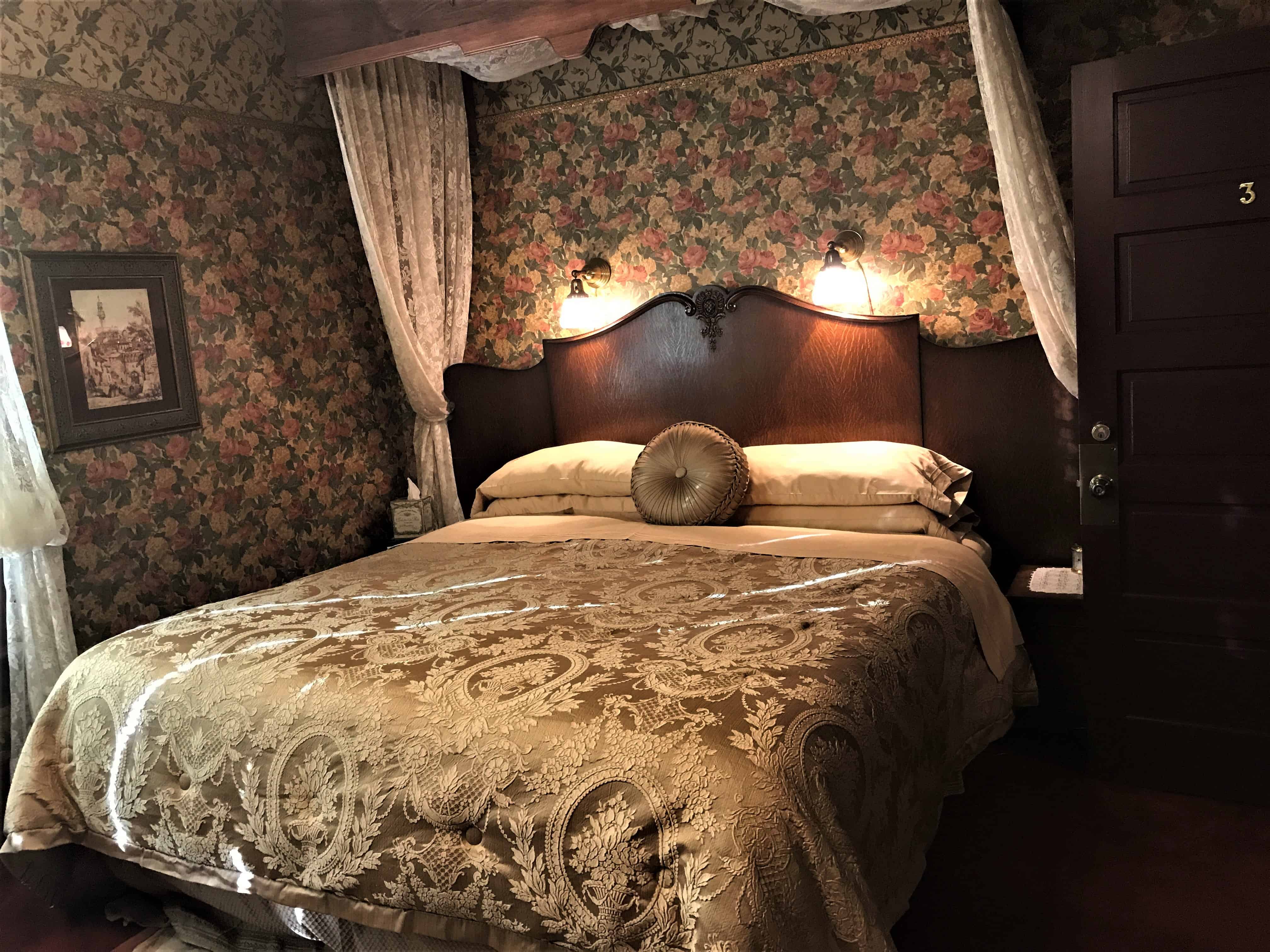 Other room amenities include hairdryers, brass fans and complimentary Wi-Fi, but there are no televisions. This is an inn planned with relaxation, romance and rejuvenation in mind. As a matter of fact, it made the list of “The Best Places to Kiss in The Northwest.”

Gourmet Breakfast at the Inn

The highlight of a stay at Old Consulate Inn has to be the gourmet, three-course breakfast. Prepared and served by innkeepers Cindy Madsen and Nathan Barnett at 9:00 a.m. each morning. the food showcases Cindy’s impressive culinary and hospitality credentials. 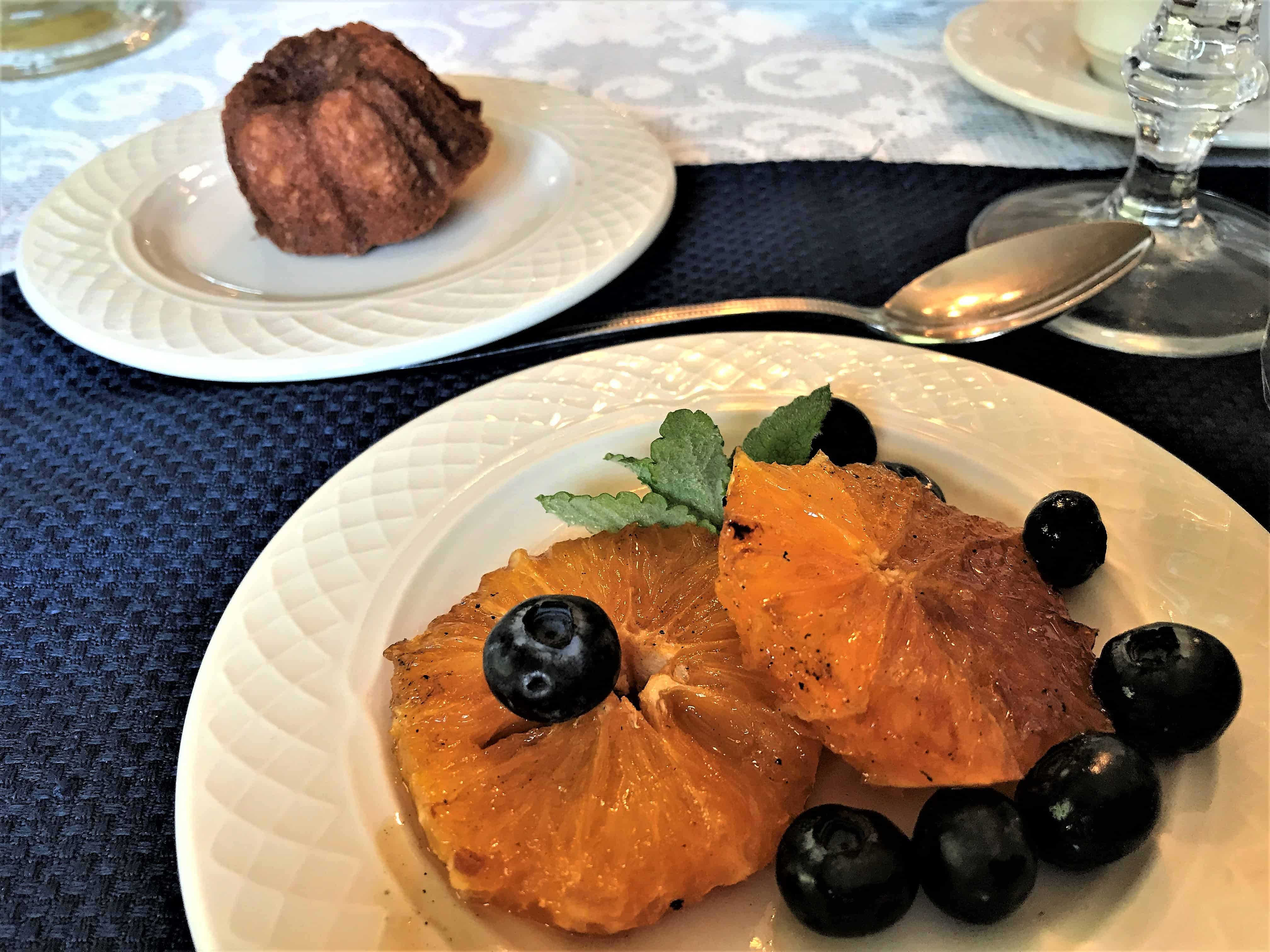 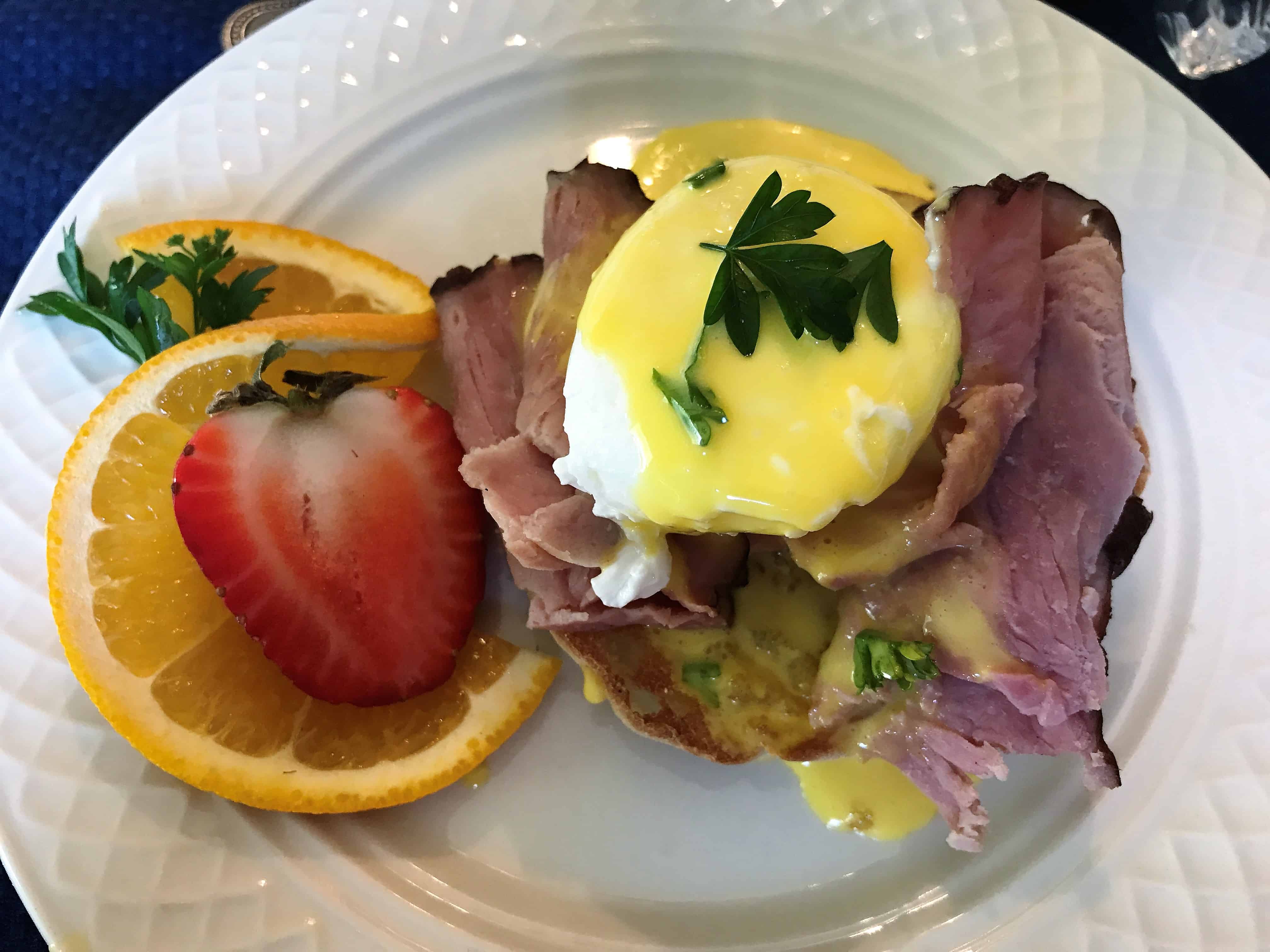 The Inn also offers a music room with a piano and other instruments that guests are welcome to play, a well-stocked library, a game room and homemade cookies in the afternoon with espresso, tea and hot cocoa. 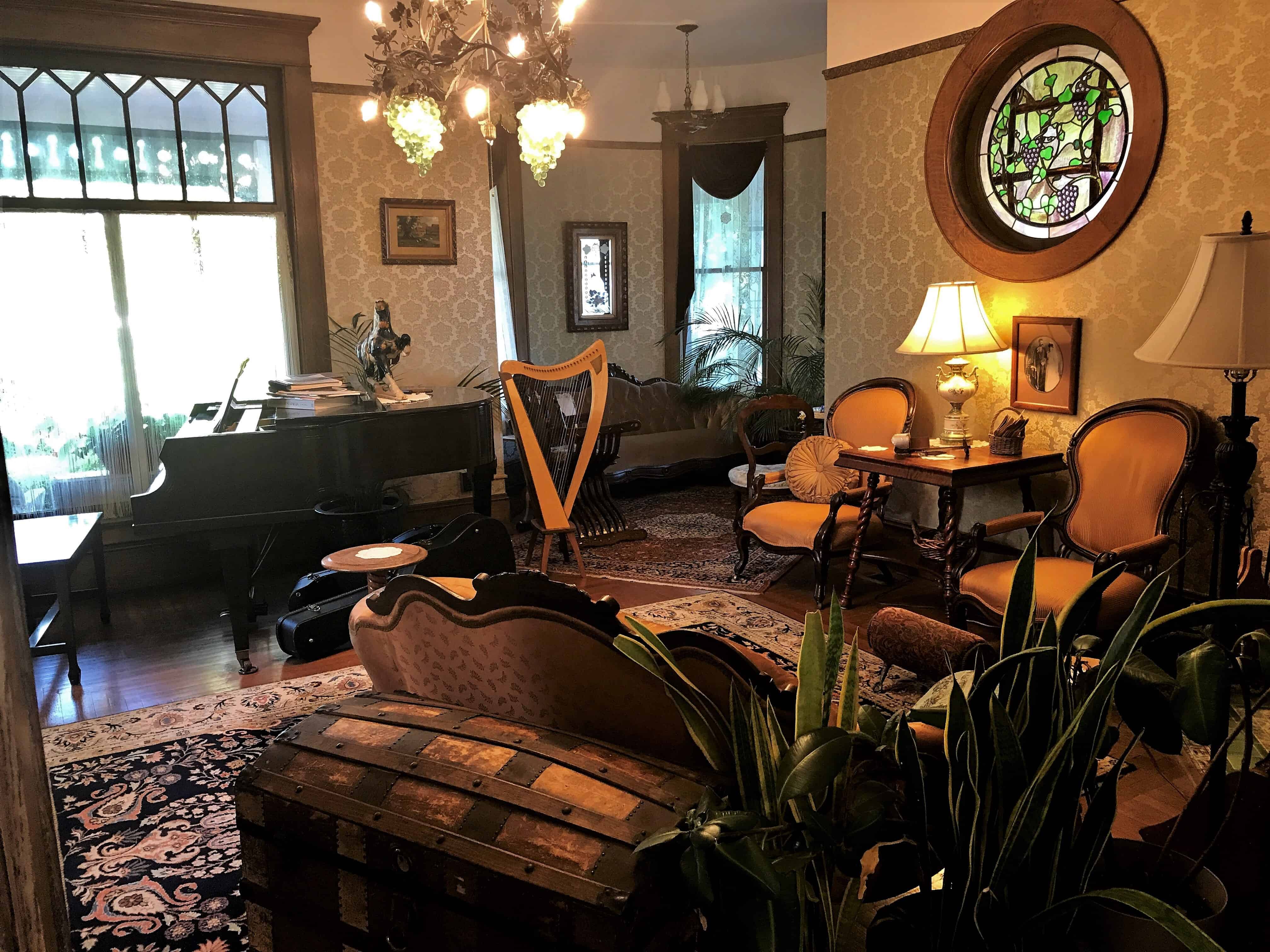 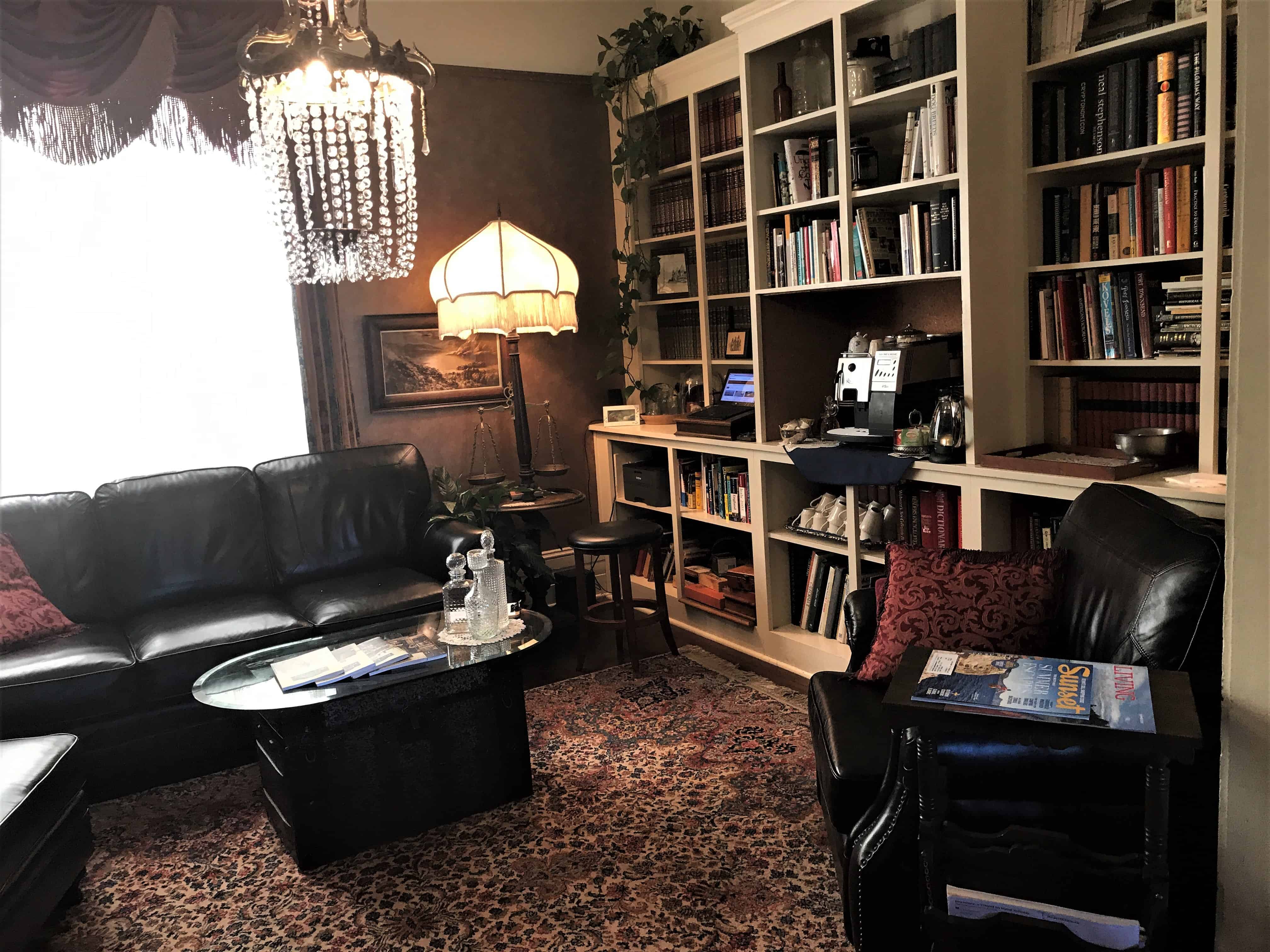 The foyer has a rack with many brochures of area attractions, but Cindy is also full of great advice about area restaurants, shops and sightseeing options.

If You Go to Port Townsend

I highly recommend a visit to Port Townsend and a stay at Old Consulate Inn. Make your plans soon to attend the Wooden Boat Festival to be held this year September 8-10, 2017. Over 300 boats will be on display at the Northwest Maritime Center, along with food vendors and all kinds of indoor and outdoor presentations. For a town surrounded on three sides by water, this is a uniquely special event. 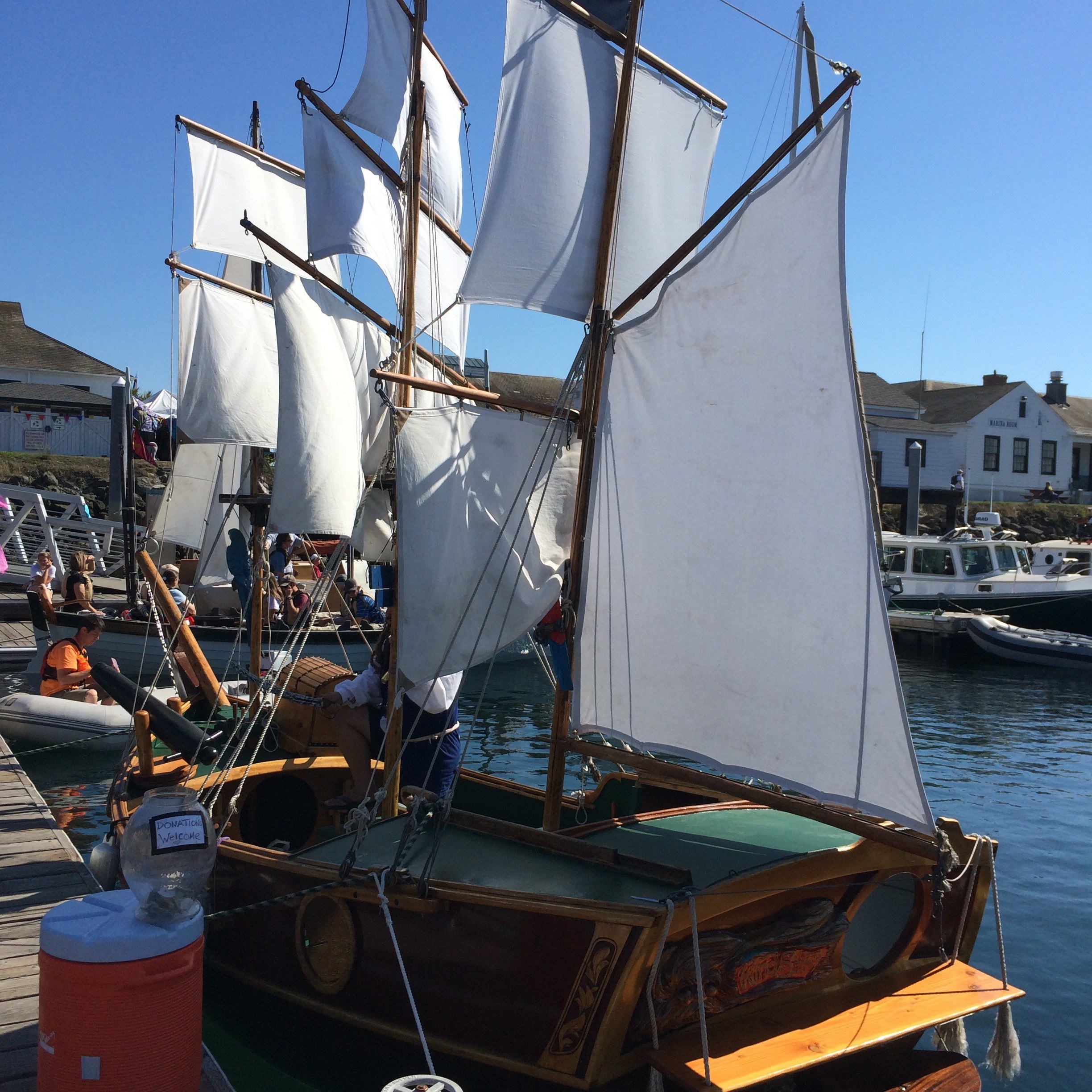 Wooden Boat Festival is but one activity on offer in Port Townsend. MilesGeek contributor, and former Port Townsend resident, Hollin Stafford presents her view of the town in The Jewel of the Olympic Peninsula. 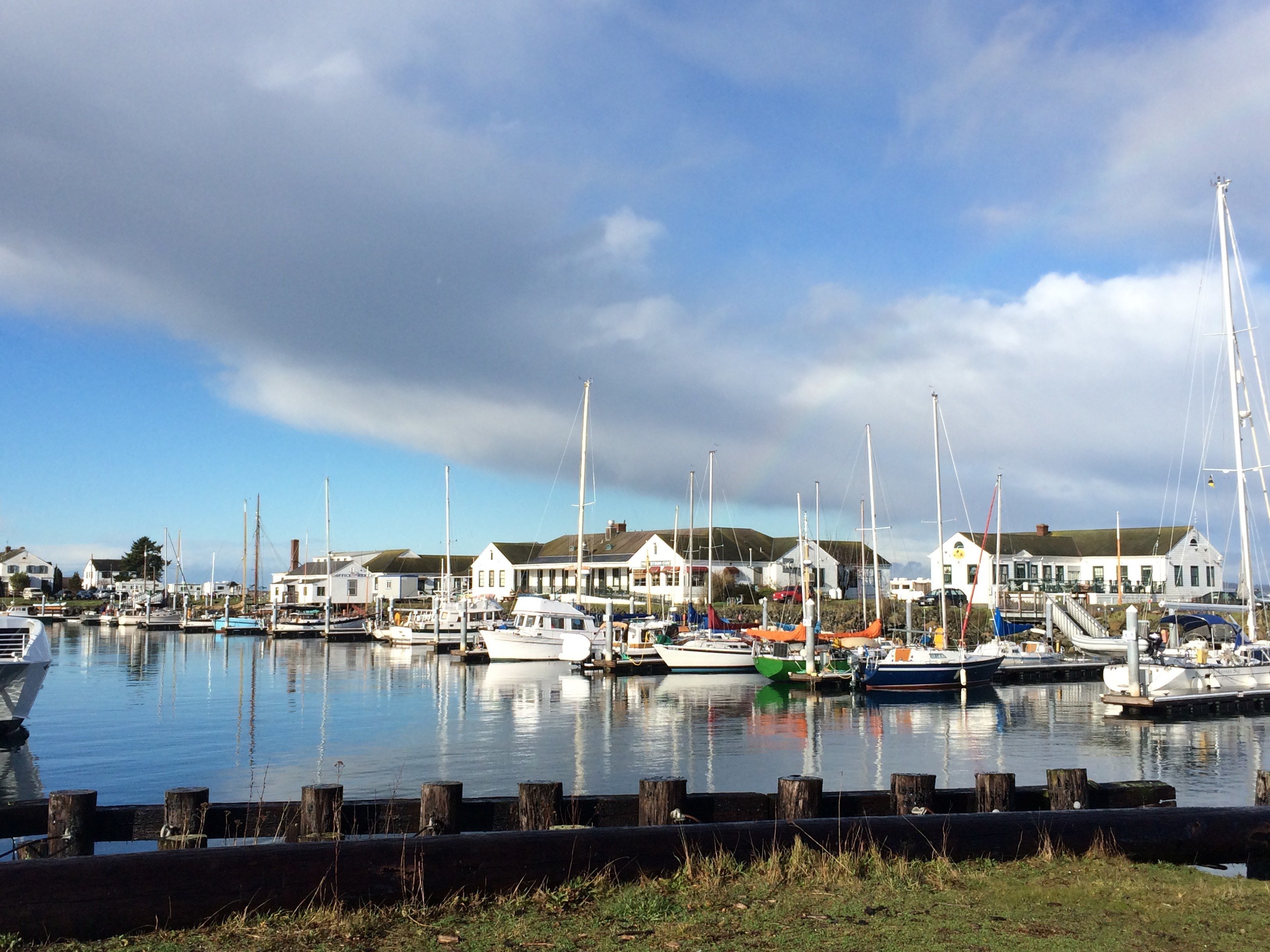 Read another perspective by Pat Wetzel in The Charm of Port Townsend. Pat spent in a day in Port Townsend visiting MilesGeek Content Editor Kathleen Stafford and was so enchanted she wrote about the day in her blog Cancer Road Trip.

Connie Pearson is a freelance travel blogger and writer. She is a native Alabamian who has traveled extensively around the U.S. and the world and lived in Ecuador for four years, serving as a Baptist missionary. She "thinks, eats, and speaks Southern," but also enjoys sampling regional dishes and exploring new places and cultures. She is a retired elementary music teacher with 12 grandchildren and hopes to live long enough to dance at all of their weddings. Her blog is...read more

If you’re looking for a way to get out of the hustle and bustle of Honolulu, why not take a tour of the North Shore and do a little snorkeling?