The National World War 1 museum in Kansas City, Missouri showcases an important time in American history. Kansas City fundraising efforts began a scant two weeks after the signing of the Armistice in 1918. In 1919 initial donations for this historic monument reached 2.5 million dollars. This was well before the advent of kick-starter.

The cornerstone for the Liberty tower was laid in November, 1921. The site opened in 1926 as the Liberty Museum with President Calvin Coolidge in attendance as well as a young Harry Truman. Designated in 2004 as the National World War 1 Museum, it underwent a one hundred two million dollar renovation and expansion and reopened in 2006.

The Walk of Honor, leading to the front entrance of the monument, holds bricks for those who shall not be forgotten. A friend of mine has a personal connection to the Walk. His family purchased a Walk of Honor brick in remembrance of a lifelong friend who was a World War 1 veteran. 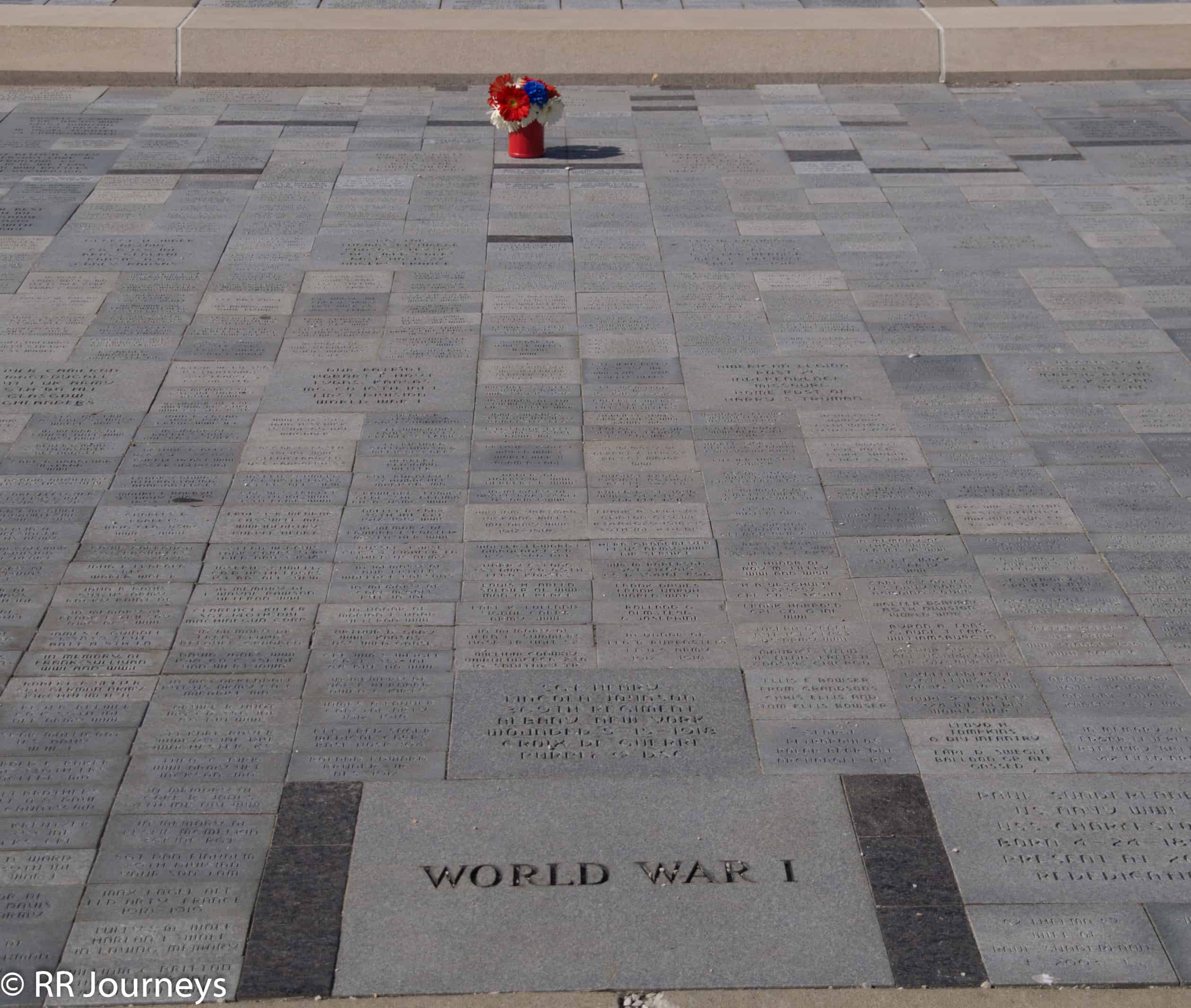 It was easier than expected to find the brick with the assistance of the dedicated, knowledgeable staff members. Brick found, I took a photograph of the remembrance for my friend.

The journey inside the museum begins crossing a glass bridge. Beneath the bridge nine thousand red poppies serve as remembrance for the Great War. Each poppy represents one thousand combat deaths for the nine million casualties of the war. 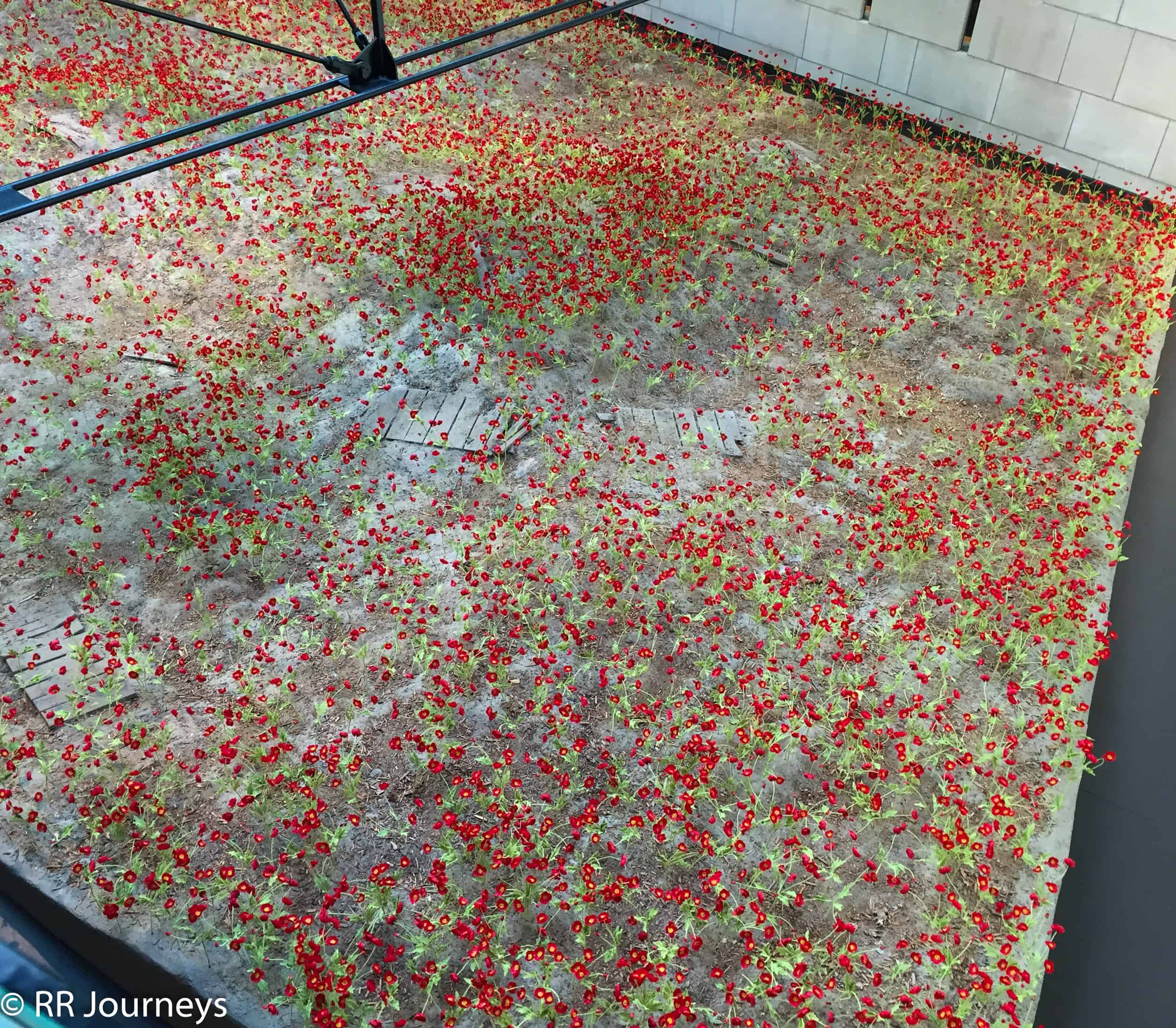 Understanding the Context of World War 1

A brief informative film that brings you to an understanding of the conflict that started the war and the effects it had on all the counties involved. Through another interactive film, the horrors of trench warfare are played out and you feel the concussions and see the flashes from the battlefield artillery.

Housing thirty-two thousand square feet of exhibit space, the museum contains over three hundred thousand artifacts from the Great War from all sides of the conflict, British, French, German, Russian and American.

The centerpiece of the site is the twenty-one story Liberty memorial tower. Four Guardian Spirits, Honor, Courage, Patriotism and Sacrifice adorn the tower and stand watch over the memorial. The elevator whisks you to the top of the tower with panoramic views of Kansas City. Two sphinxes guard the memorial as “Future” and “Memory” both covering their eyes with their wings. Memory hides its eyes from the horrors of the battlefield and Future hides its eyes from the unseen future. Sitting in the shadow of the tower are the two original exhibits halls that house limited run exhibitions. 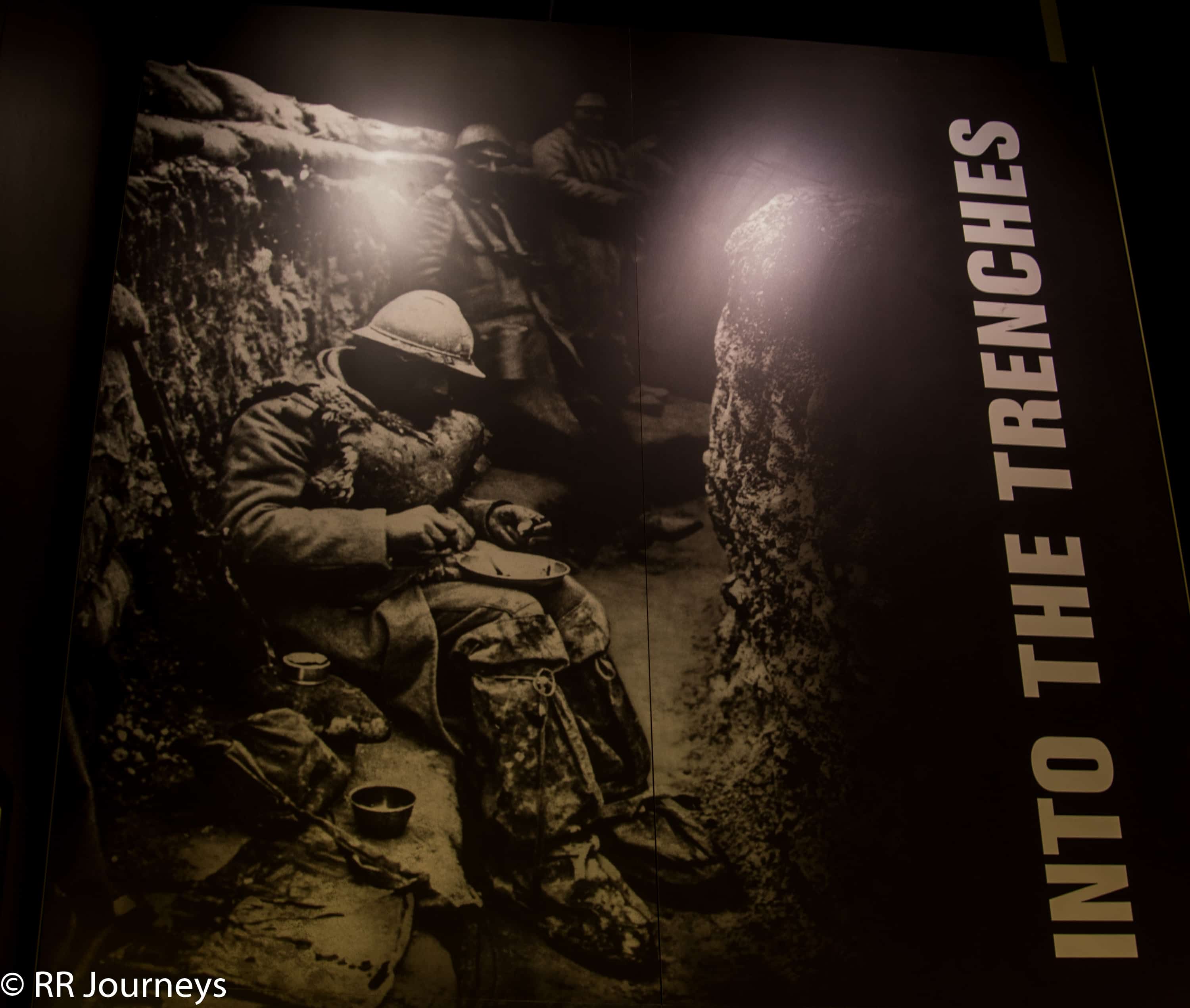 In the courtyard, I found an exhibit of stunning photographs by Michael St. Maur Sheil, a Brit, who spent eight years photographing his book, Fields of Battle-Lands of Peace 1914-1918. This photography exhibit will be on display at the site until August 20, 2017. I was lucky to enough to hear Mr. Sheil’s speak about his photographs and the stories behind them as he led a walking tour through the exhibit.

“The idea behind the photographs is they show lands which were once places of horror and killing, and today, you know, time and nature have healed the wounds of war and they’re actually places of great beauty, and great peace and tranquility,” said photographer Mike Sheil after his keynote address at the Memorial Day ceremony when being interviewed by a local new affiliate. 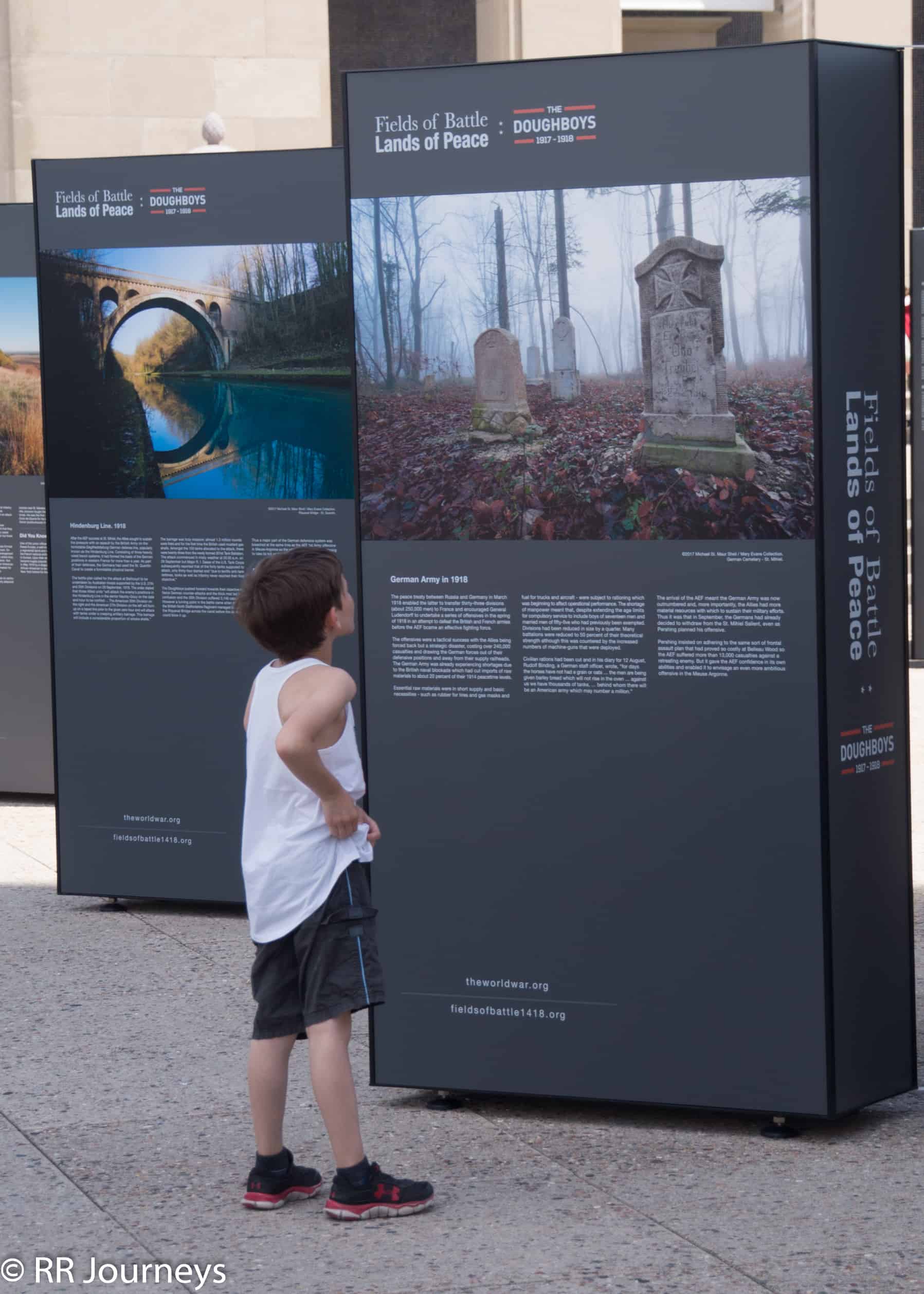 When you visit the World War 1 Museum allow time to take in all the artifacts and memories they convey. With each corner you turn, you find another piece of the story that will lead you to a better understanding of how the Great War changed the world.

Read about the National WWII Museum in New Orleans.

Her love of travel and discovery fuels Charlene’s passion to share her adventures and travel stories. Usually a solo traveler, she is particularly interested in history and the Presidential Libraries. The Libraries shed light on singular moments in the history of our country. After a long career in the legal field, Charlene uses her research skills to prepare detailed itineraries and to research her destinations. When not on the road or on a plane, she lives in Mobile, Alabama. Also...read more