When our daughter told us that 10,000 people would visit her RiNo neighborhood during CRUSH, a week long event to watch graffiti and street artists at work, I feigned interest. My exposure to graffiti had been limited to viewing in passing, and admittedly complaining about, the ubiquitous ‘tagging’ of all things stationery at home and during our travels. 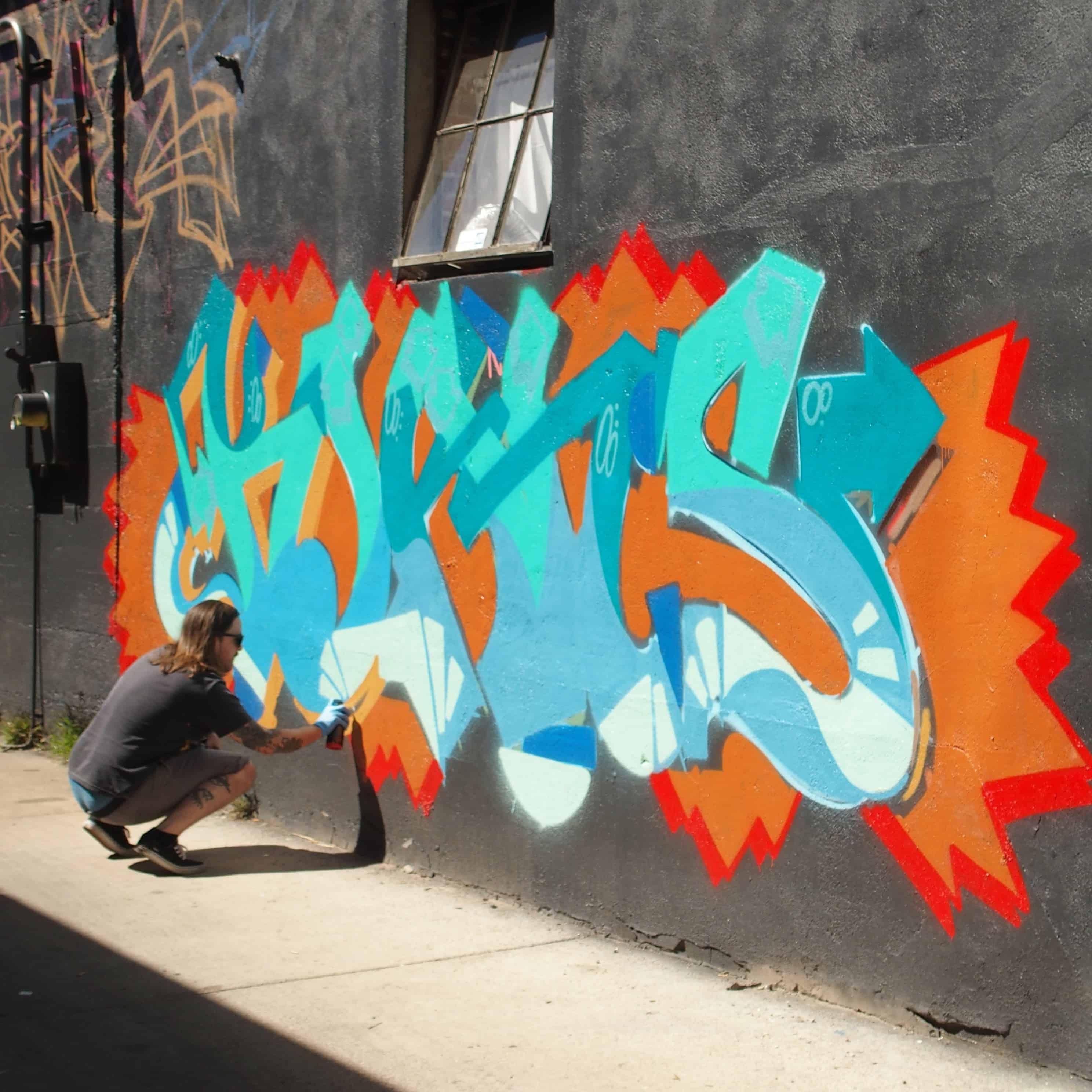 Every small town Indiana water tower, the walls of the Paris Metro and most boxcars and city buses wear ‘spray painting’. Some expertly and elaborately created, and others of the ‘Johnny loves Susie’ genre, not interesting or creative. CRUSH offers an American street art experience rivaling The East Gallery in Berlin and Prague’s John Lennon Wall. You will not find under the highway bridge scribbles among these Denver murals.

The streets and alleys of the Denver neighborhood known as River North Art District or RiNo provide the gallery for visitors observing the artists at work. The main attraction during our weekend experience at last year’s CRUSH was watching artists wielding spray cans and small brushes transform the walls of forty warehouses and business buildings into gigantic murals. Pop-up events at local businesses, and a festive spirit at the many breweries and restaurants dotting the neighborhood, complement the artists’ work. 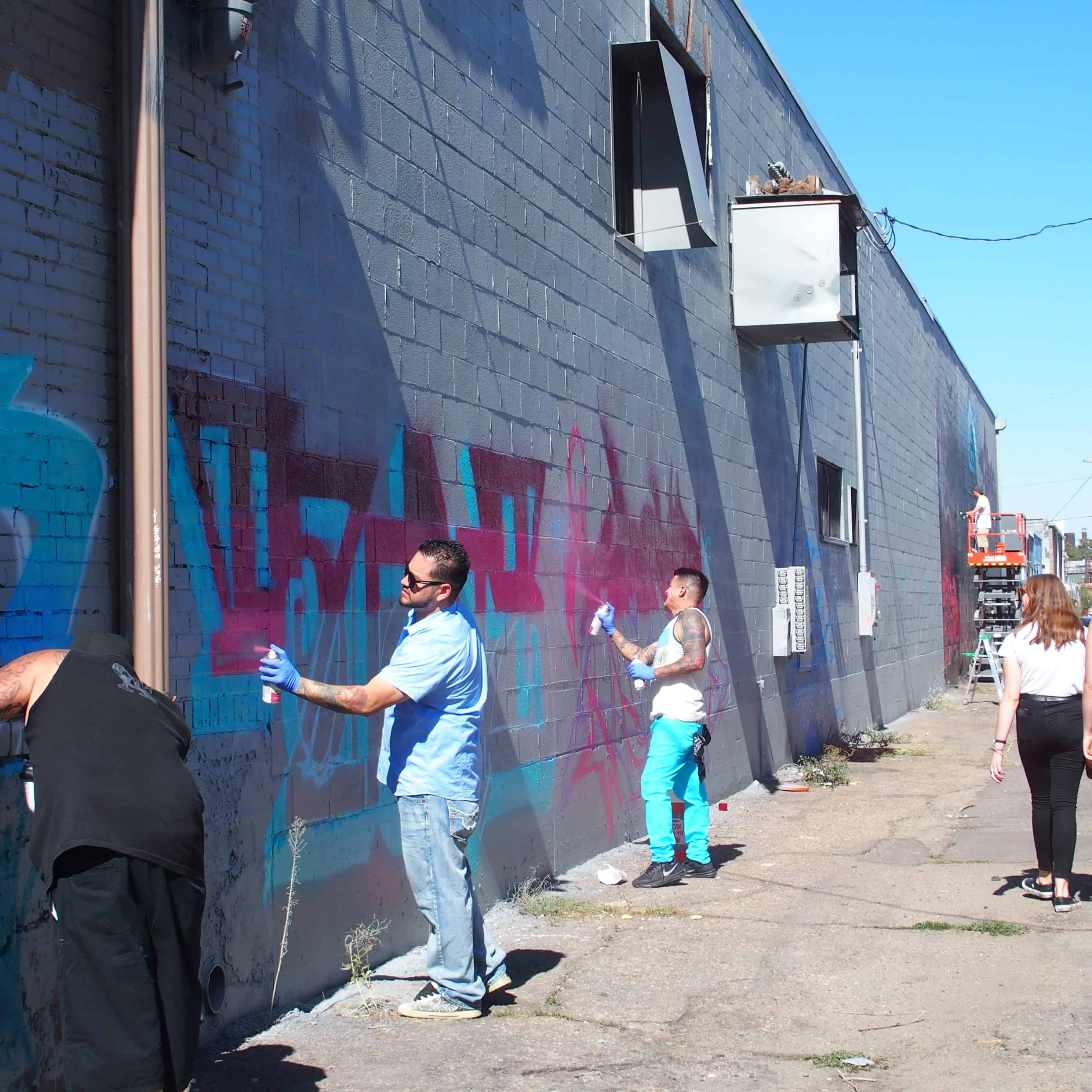 The CRUSH 2017 event, promoted as Colorado’s largest independent street art festival, began in an alley six years ago. Now a week long affair, it attracted more than eighty artists from around the world last year. CRUSH 2017 begins on Monday September 11 and runs through Sunday the 17th.

As we strolled the alley just off Larimer Street on Saturday afternoon we eavesdropped on artists chatting, sharing ideas and admiring the work of another. Hanging from numerous lifts provided by RiNo, artists worked intently – some feverishly – to finish their mural in the warm afternoon sun. One young artisan stepped back from his elaborate work in progress and expressed that he “wished he had started earlier”. 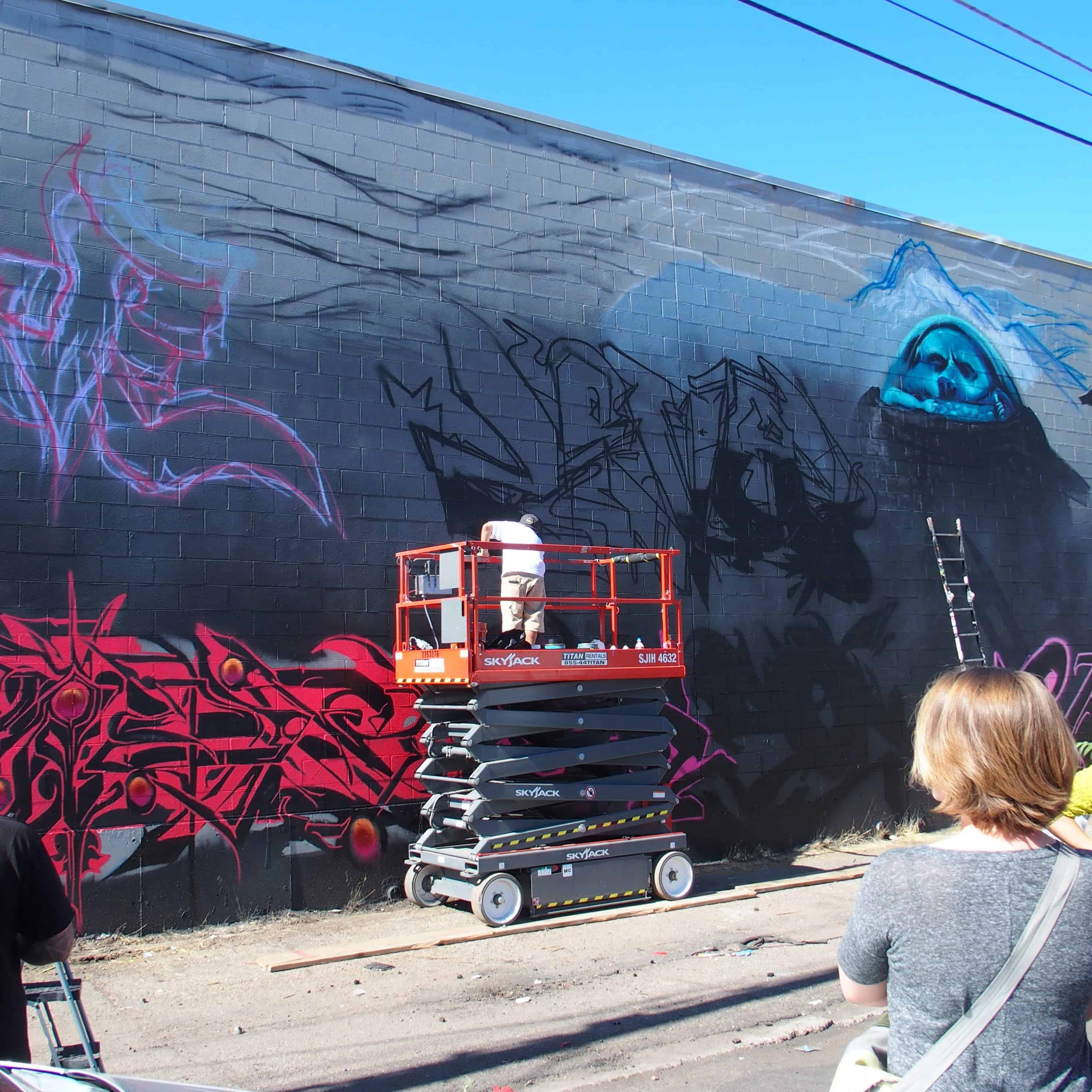 The works in progress produced misty clouds carrying the intoxicating smell of spray paint which wafted through the narrow alley as dozens of Crush artists simultaneously finished their work. The scent permeating the air evoked memories of building model airplanes in the basement long ago with my brother. Most artists wisely donned a mask, a protection unknown to model airplane enthusiasts of the ‘60’s. 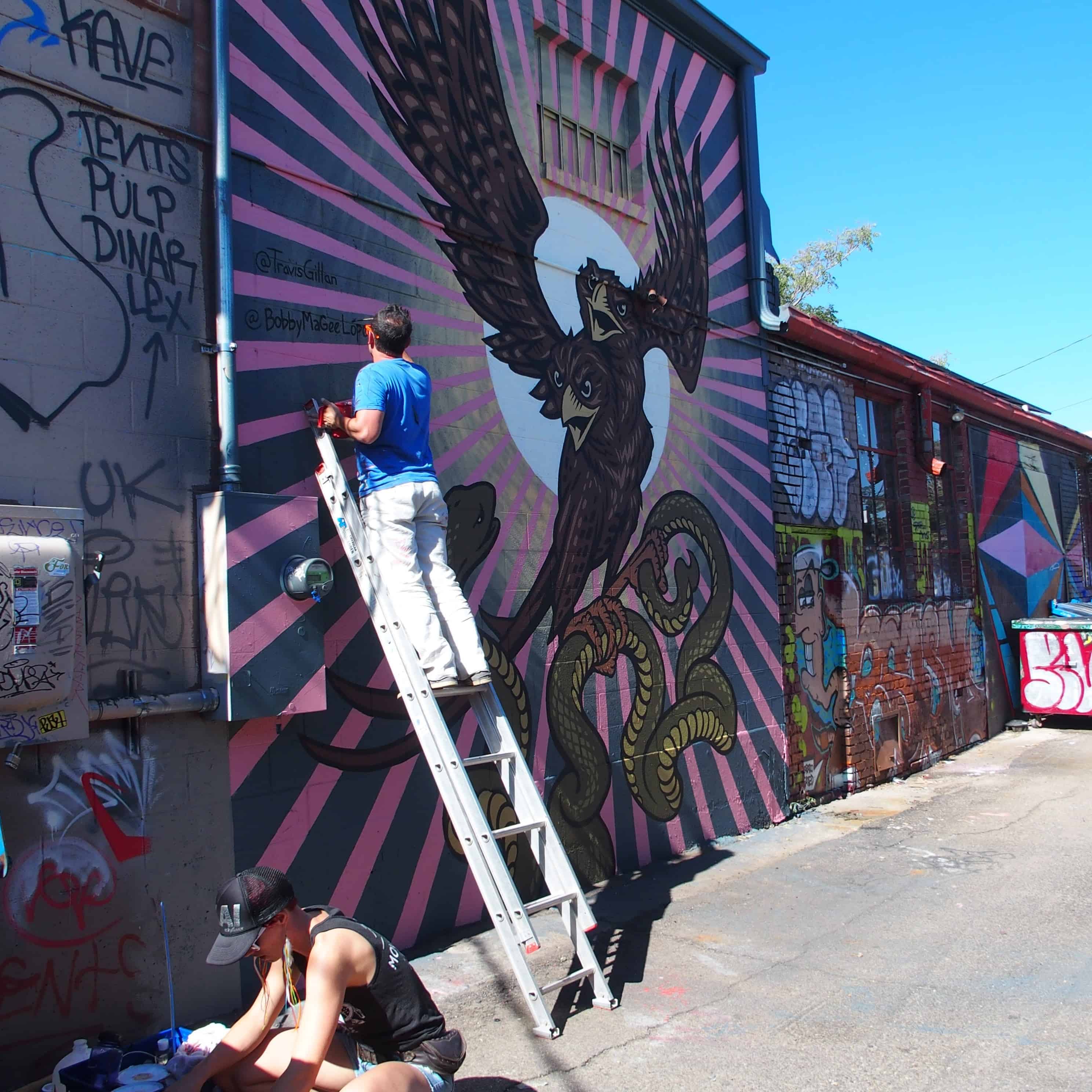 Unique Complement to a Visit to Denver

Initially I was not sure if I was interested in attending an event where convention suggested vandalism was being promoted. Given the options of the Denver Zoo, the Botanic Gardens or more probably a casual and thirst quenching tour of some of the many breweries offered by the RiNo neighborhood, this event seemed well down the list of probables. We caved to our daughter and son-in-law’s insistence and left Crush 2016 with a different eye on this art. We have since embraced the idea that what we previously would have described as defacing a building can actually be a trans-formative art form. 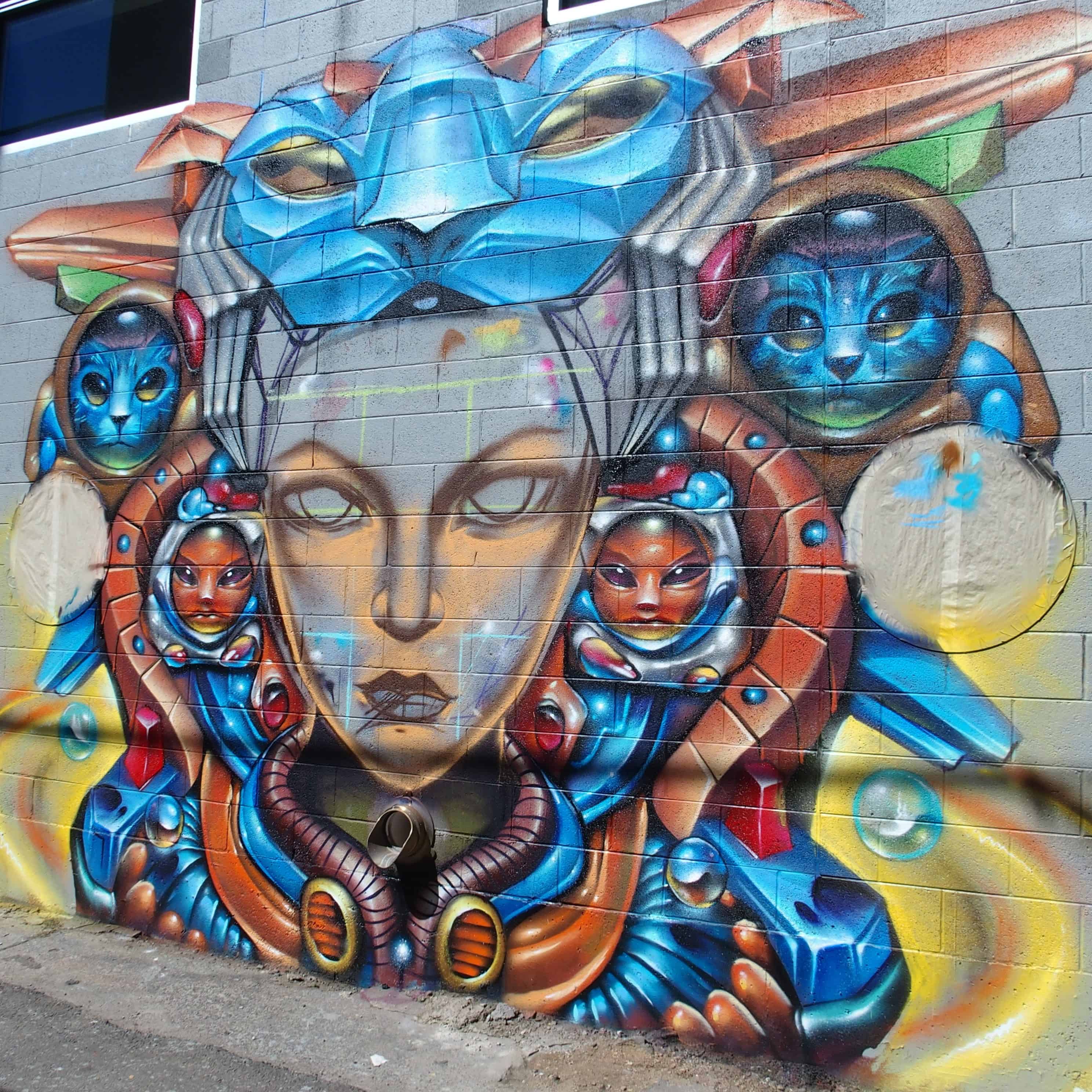 There was, yes, a brewery stop at the end of our walk to relax and wash out the paint fumes while enjoying a sunny Colorado afternoon. If in Denver in September, take an afternoon to experience the roughly 50,000 square feet of outdoor art work among the attractions of Denver’s RiNo. 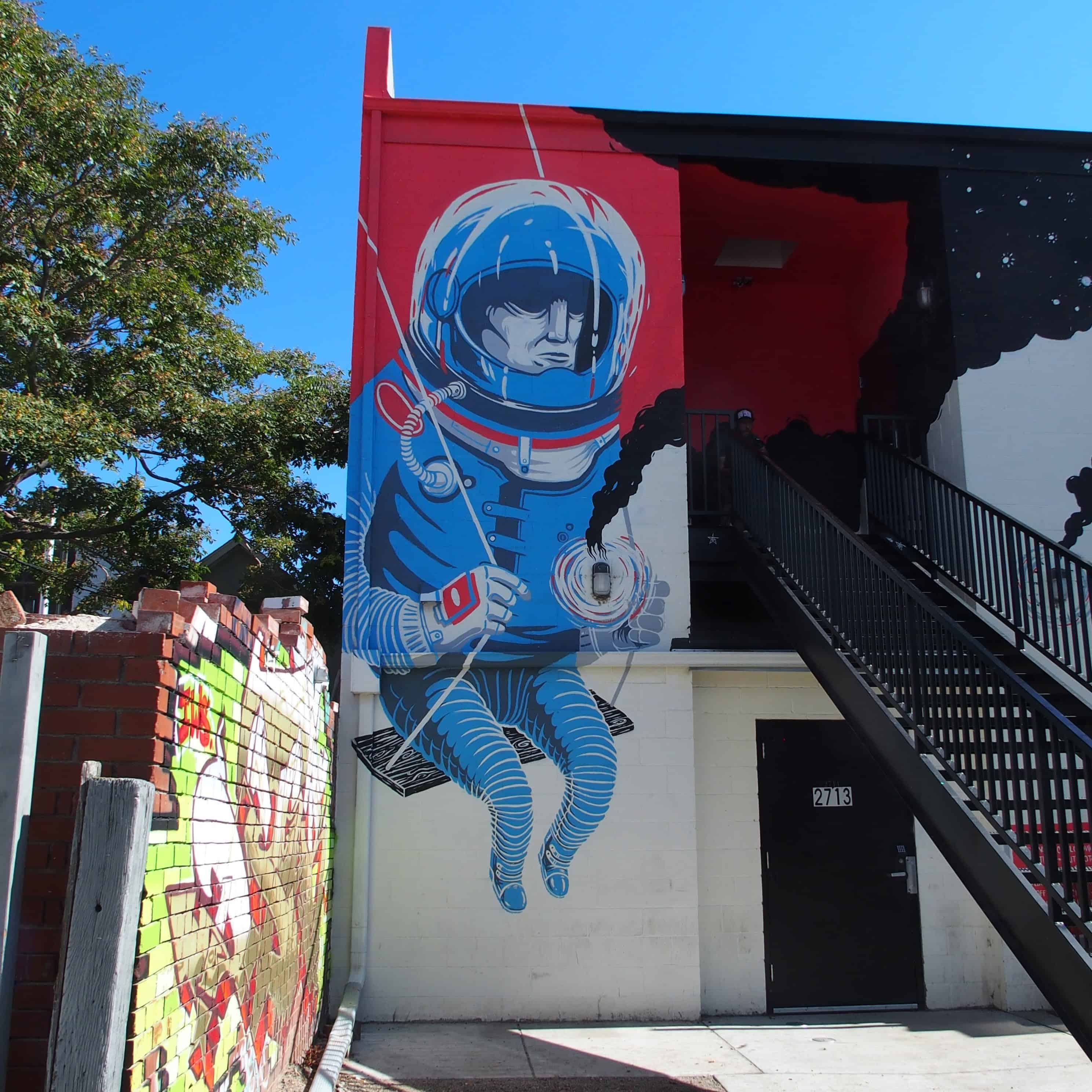 Find the murals on, and near, Larimer Street between 24th and 34th, just north of downtown Denver in the River North (RiNo) Art District. The area is a 25 minute walk from Larimer Square, and easily reached using the bus, Route 48. Try another mode of transportation and take a spin using B-cycle, the city’s shared bike service.

Having the opportunity to travel extensively throughout France, Kevin McGoff shares his experiences and passion for travel in his new adventure as a freelance writer and travel advisor to visitors to the South of France. Kevin and his wife Patty have visited France almost every year since they were married over forty years ago. When not sur la route they live in Indianapolis, Indiana, though family and friends must chase them down from time to time at their apartment in...read more

In light of the recent Covid-19 (Corona virus) health scare almost the entire cruising industry has either voluntarily paused operations or has been forced to pause operations. Below you will find the current status for each cruise line on when they expect to begin sailing again as well as their current booking polices and refund or future cruise credit options if you had a booked reservation which is now affected.