From Siem Reap, Cambodia, you can go with the Sam Veasna Center for Wildlife Conservation on a day trip to Tonle Sap Lake, with its floating villages and its immense stork colonies. Each year monsoonal rains and runoff from the Himalayas overwhelm the Mekong River, and it backs up into Tonle Sap Lake, thereby creating an immense natural reservoir and wetland––the largest in Southeast Asia!

The Mekong’s tributary, the Tonle Sap River, actually reverses its flow during the process. Here you’ll find the largest nesting colony of big waterbirds in all of Asia. Five species of stork join various ibises, darters, egrets, bitterns, and pelicans to nest in hummocks of vine-covered emergent trees that tower above the surrounding wetlands.

The day trip leaves very early, before dawn, when the day is coolest and very pleasant. The SVC provides a packed continental breakfast, eaten aboard a floating restaurant in a small village at the edge of the lake (though for my group, I supplemented those breakfasts with hard boiled eggs ordered the night before from the hotel restaurant; you can do the same). 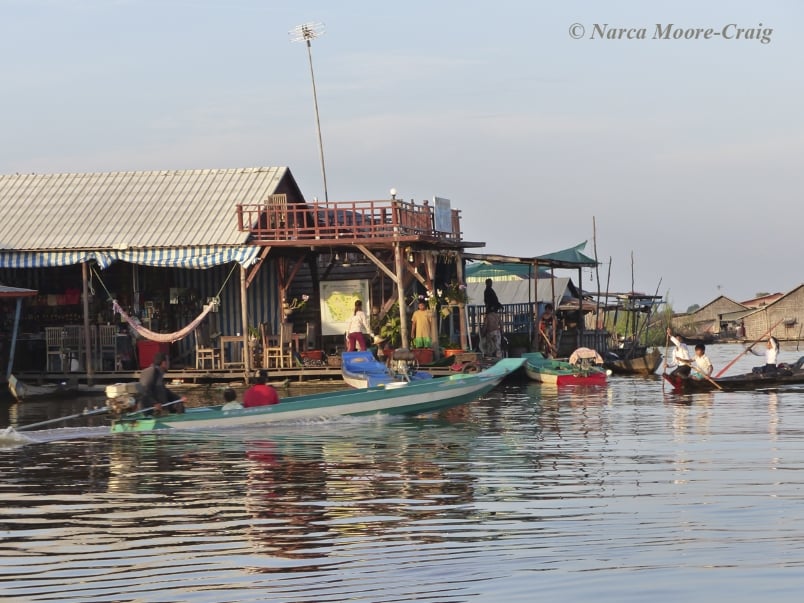 A floating village on the shore of Tonle Sap Lake, Cambodia 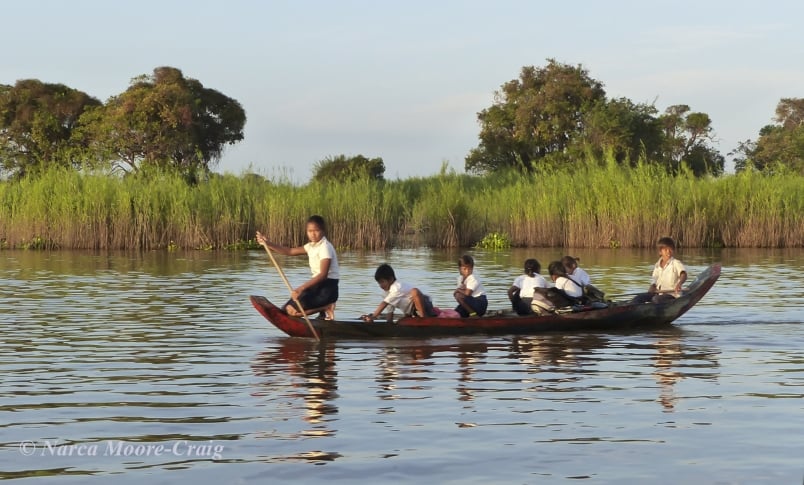 Children from the floating village go to school 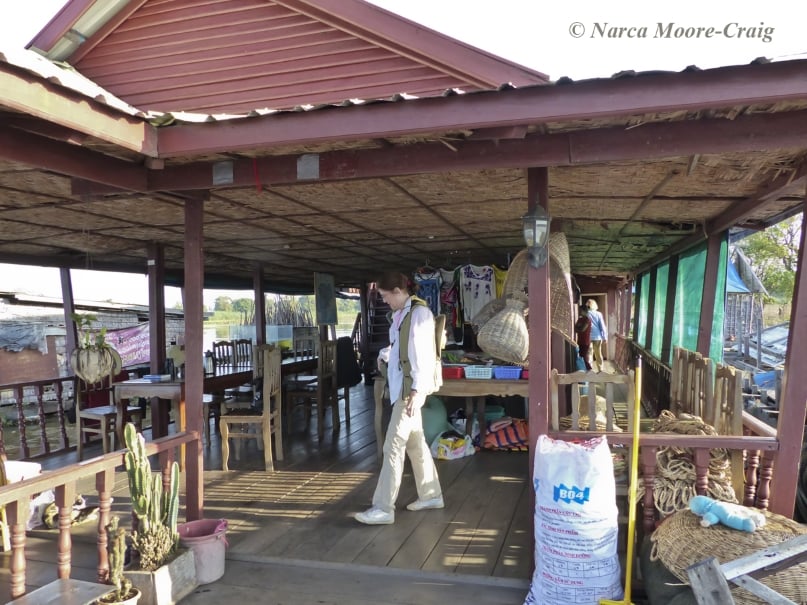 We stop in a floating restaurant to eat our packed breakfasts 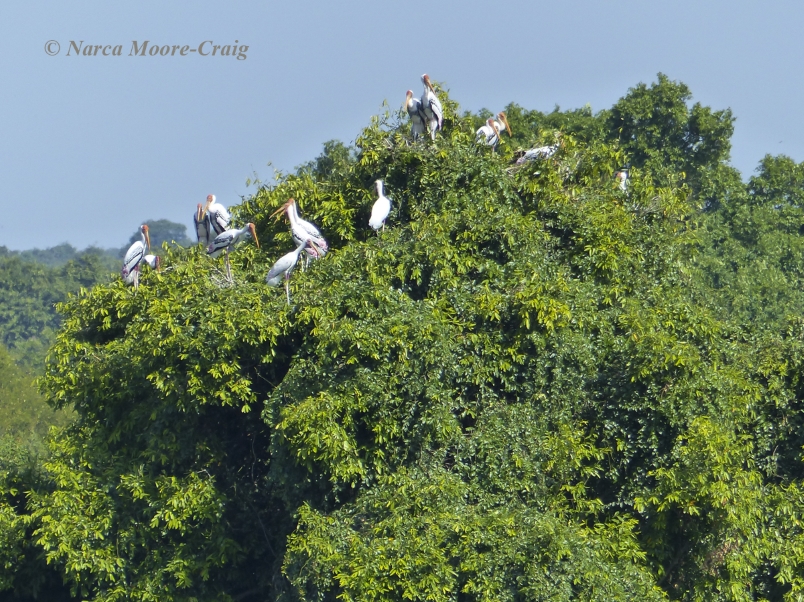 Your main destination today is Prek Toal Bird Sanctuary, the most important breeding area for waterbirds in Southeast Asia. Among many others, the sanctuary hosts breeding colonies of endangered / threatened Spot-billed Pelicans, Milky Storks, Painted Storks, Oriental Darters, and Black-headed Ibis. The critically endangered Greater Adjutant stork has a world population of only about 1000 individuals, and about 200 of its nests are in Cambodia, most at Prek Toal.

Keep your binoculars and cameras handy! The boats can be escorted by hundreds of Asian Openbills and three species of cormorants. Wings flail continuously as you pass. The main trek across the lake is by a larger boat with a canopy for shade. Near your destination, you’ll board smaller boats to work into the narrow channels to a viewing platform. From atop the platform, it is possible to use a scope for very good views of Painted and Milky storks, and, with luck, the Greater Adjutant, a primary goal for a day’s birding at Tonle Sap. 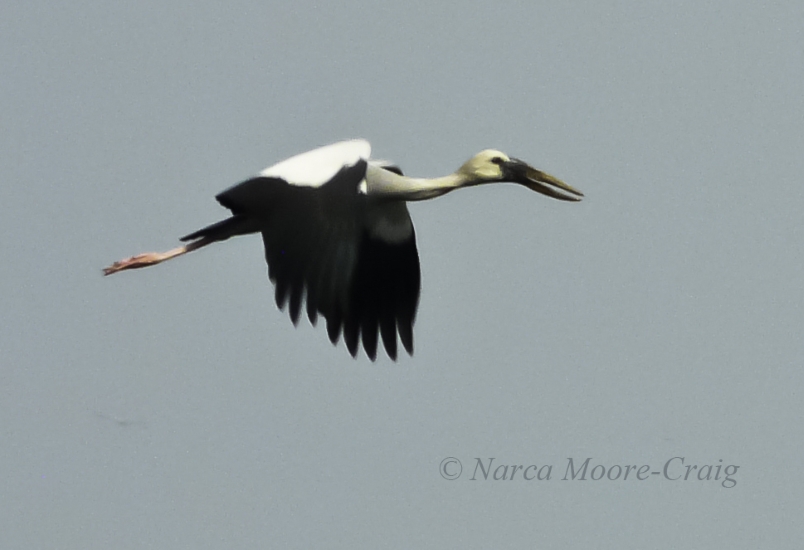 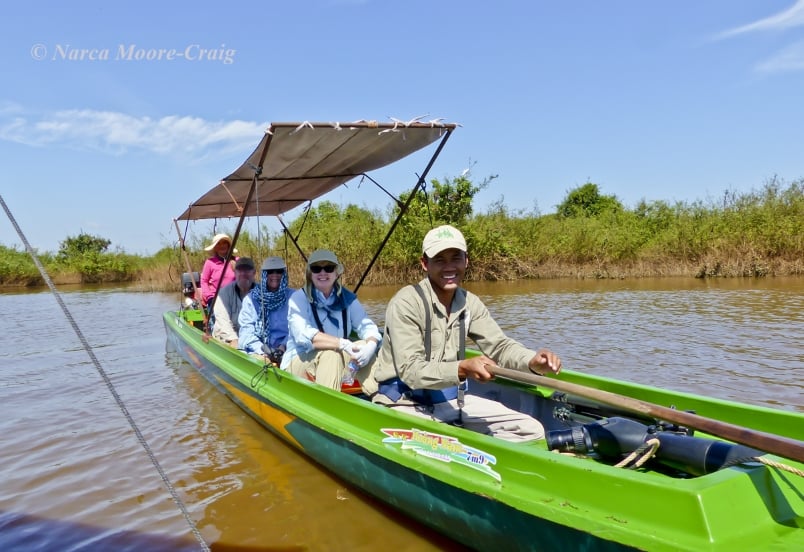 Our group uses two small boats to negotiate the narrower channels to the viewing platform at Prek Toal. Water here is shallow, and people are sitting on their life vests. 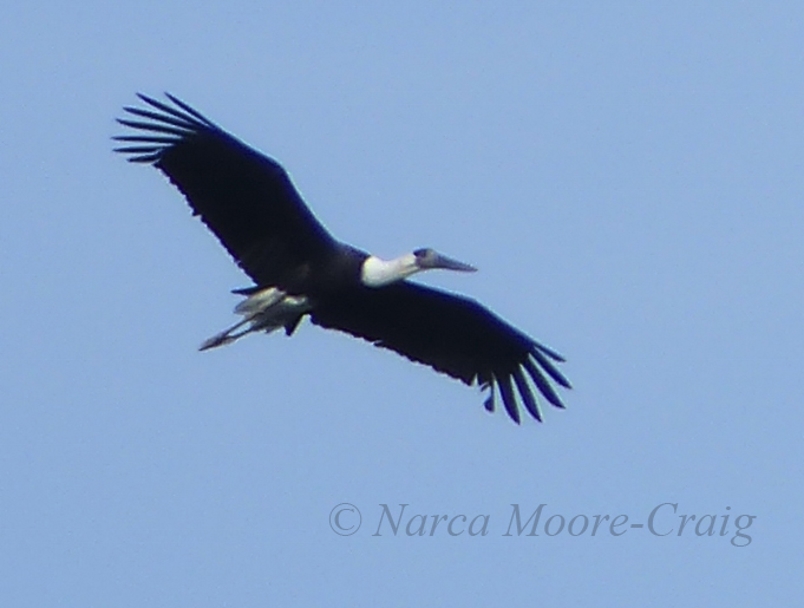 If you are particularly interested in seeing the big storks, check with SVC to be sure that they have returned to their breeding colonies for the nesting season. From late January through February should be safe for finding them. The SVC can advise you! 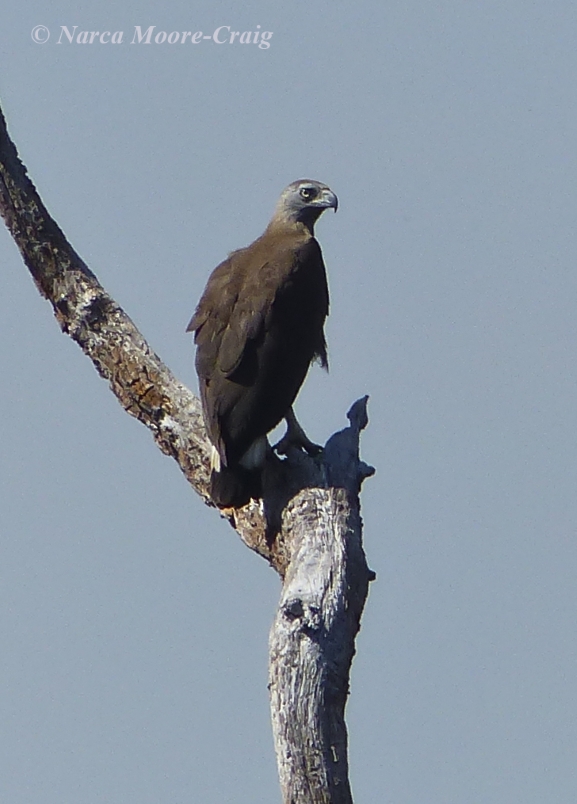