Home » Food » Breakfast in the Suburbs – The Blue Poppy

Breakfast in the Suburbs – The Blue Poppy

Tucked away in the leafy suburb of Morningside, Brisbane, is a trendy neighbourhood cafe called the Blue Poppy, 32 Asquith Street. The best word to describe it would be eclectic.

The woman working at the outdoor BBQ said The Blue Poppy has been around for about five years and changed hands about two years ago. Morningside is about a 10 minute drive from the Brisbane. You can also get there easily on the Cleveland line of the city’s train network.

The cafe is a real happening place in the area, in the mornings anyway. The Blue Poppy opens at 6:00am on weekdays and 6:30am on the weekends and closes at 1:00pm. At 8:20 on Saturday morning, after being coerced into going to boot camp, the line-up was out the door. Not only does it serve coffee and tea, which the staff serves with love and affection, it also has a great breakfast menu. 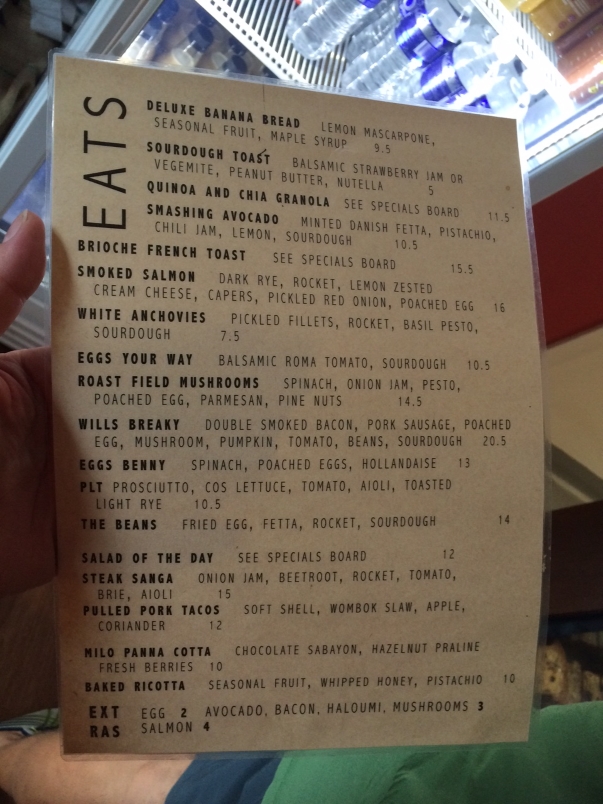 The cafe is quite small on the inside although it’s has recently expanded to the space next door. So, it now has an extra four tables, seating about 20 more people. 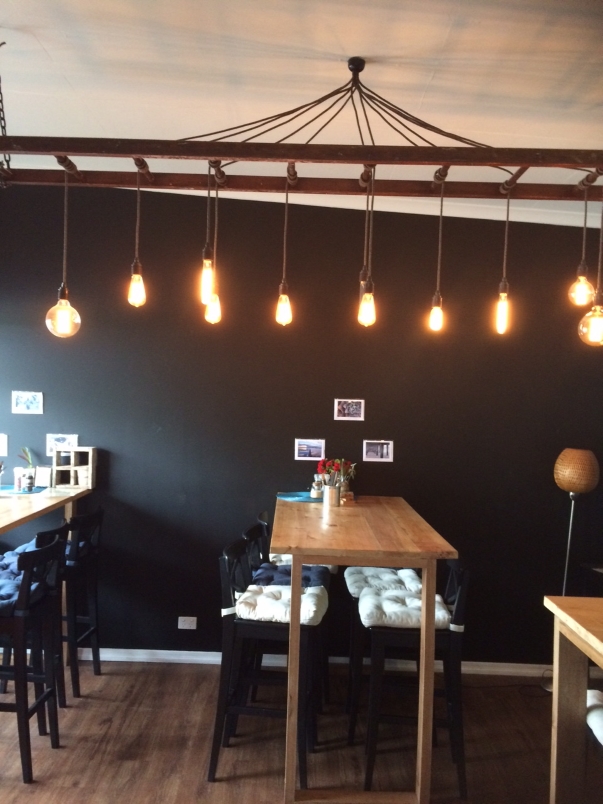 On the outside is a different story with picnic tables and benches lining the front of the tiny strip-mall and round tables with umbrellas in a grassy area at the end of the mall.

Behind the counter the staff is scurrying around, almost working on top of each other, to make the hot drinks while a cook prepares the food orders in a very small kitchen. The staff is very friendly and at times the cook comes out, he could even be the owner, and chats with his customers. At times, he has even offered a few treats to them on the house. 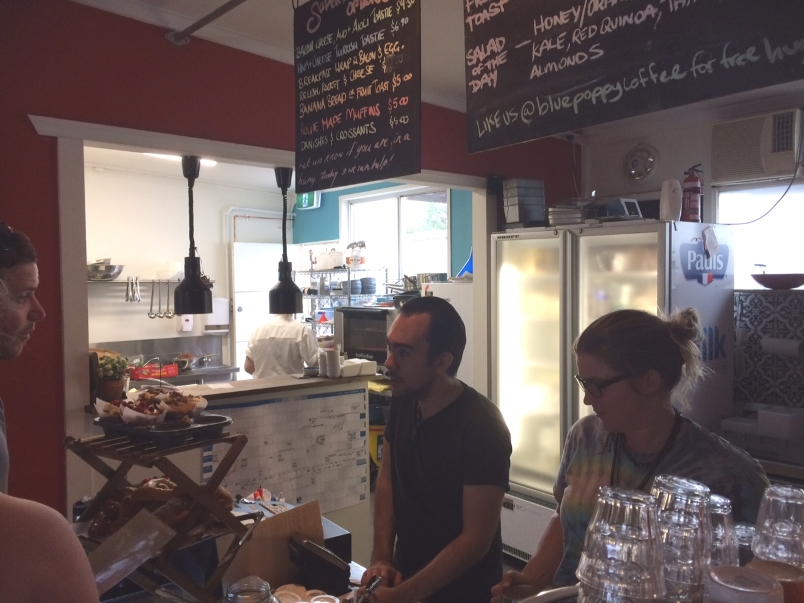 I ordered the Smashing Avocado with a poached egg and bacon. Along with an apple juice it came to A$19.50. Just over US$12. It took a bit of time to come, but it gave me time to soak in the atmosphere. It was well worth the wait. The dish came on two pieces of sourdough bread, with avocado of course, minted Danish Fetta, crushed pistachios, cherry tomato relish, lemon and Artisan Pugliese, whatever that is. Menus in Australia are very jazzed up. I think maybe that’s why food tastes so good in the Australia. The Smashing Avocado was delicious, and filling too. 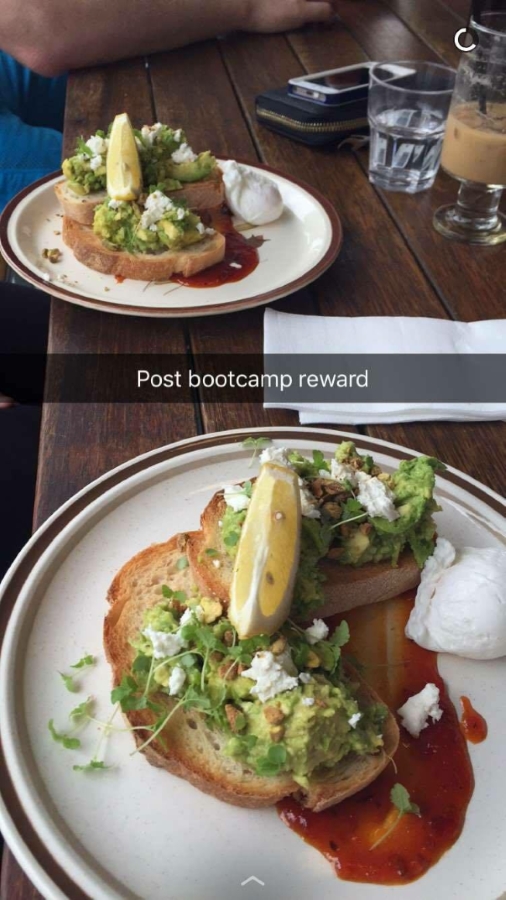 The weekend BBQ special is also very popular. For A$12.50, you get bacon and eggs, rocket, cheese and tomato relish. It’s all freshly prepared by a cook on a grill in the parking lot. The Blue Poppy also makes its own cold press coffee. My friends say it’s very good. 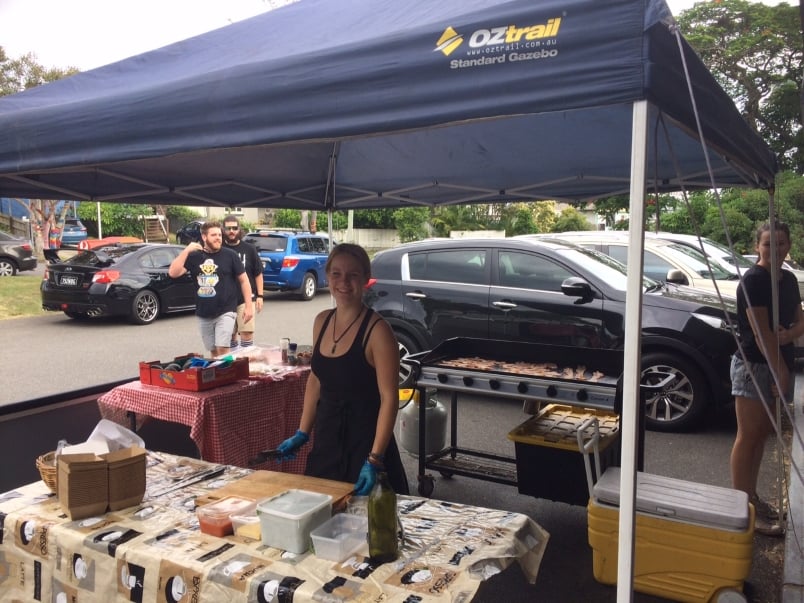 The Blue Poppy is not only child friendly but dog friendly too. Having breakfast there on a Saturday morning makes for a great way to start your weekend, buy only after boot camp of course.