From the city of Siem Reap, the Sam Veasna Center for Wildlife Conservation (SVC) can arrange a trip for you to Cambodia’s Prey Veng region, in the species-rich dry dipterocarp forest. Here in the hinterlands, you’ll stay in a safari camp overlooking an ancient baray, or reservoir built centuries ago by the Angkor empire. Today a shallow lake occupies the baray, surrounded by forest and a host of hoopoes, bee-eaters, sunbirds, colorful fruit pigeons––and ten species of woodpeckers. We’ve come to a birding paradise! 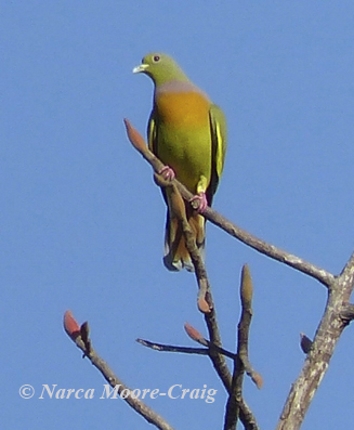 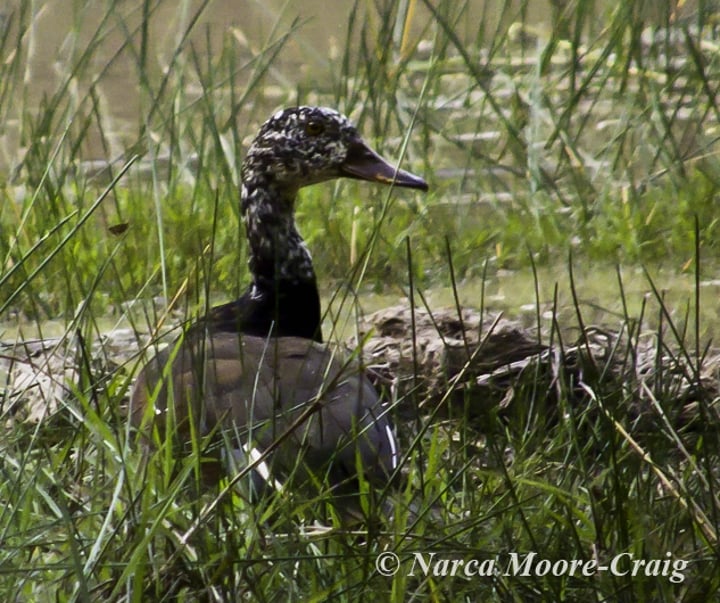 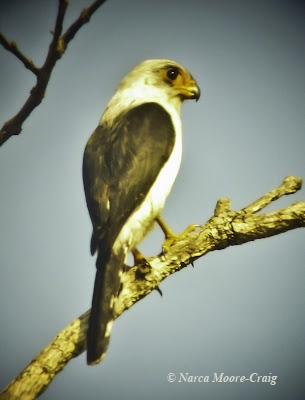 White-rumped Falcon is another highly-sought-after species

The village of Prey Veng has built basic, clean guesthouses for visitors, complete with running water and bathrooms in each of the rooms. Village cooks, trained by SVC, provide simple and tasty meals in the dining area. In exchange, the village of Prey Veng receives a portion of the fee collected from visitors, and they gratefully use the money generated by ecotourism to improve their village infrastructure.

Let’s go back in time to my first visit to Cambodia, in January 2012. The hour is pre-dawn, and I’m writing by lantern light outside my tent (later replaced by the guesthouses). The unearthly, resonant songs of the night are transitioning to sounds of day. I hear a distant Great Eared Nightjar calling. The cook is pouring water, preparing rice to accompany breakfast.

Yesterday’s drive was along a maze of single-lane roads through the dry deciduous forest. These weaving trails aren’t made for cars, but rather for the small “walking tractors” that pull loads of firewood and anything else. These byways are narrower than a lane made for cars, so they require high clearance and 4WD –– and an expert driver (which ours certainly are). 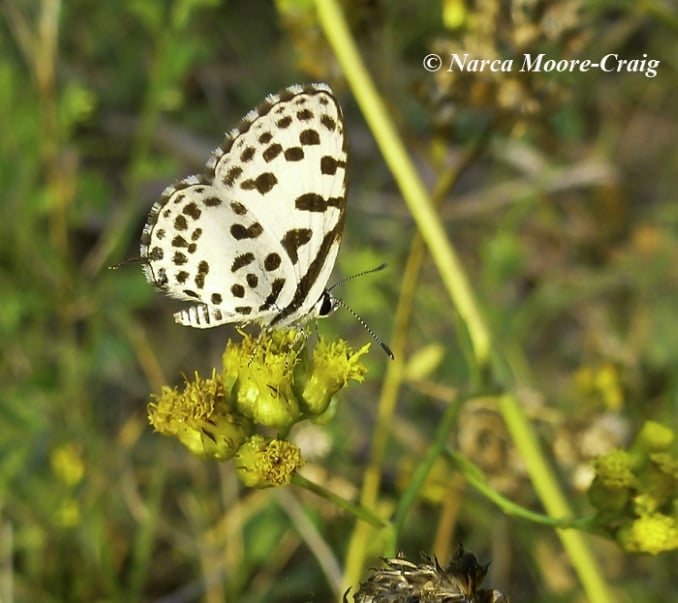 Along the way we see one of the great finds of the trip –– a family of Great Slaty Woodpeckers undulating through the dry forest, landing not far away, posturing and screeching in excitement. Great Slaties are the world’s largest woodpecker, since the demise of Mexico’s even larger Imperial Woodpecker. Seeing a Great Slaty was one of my fondest wishes for the trip. 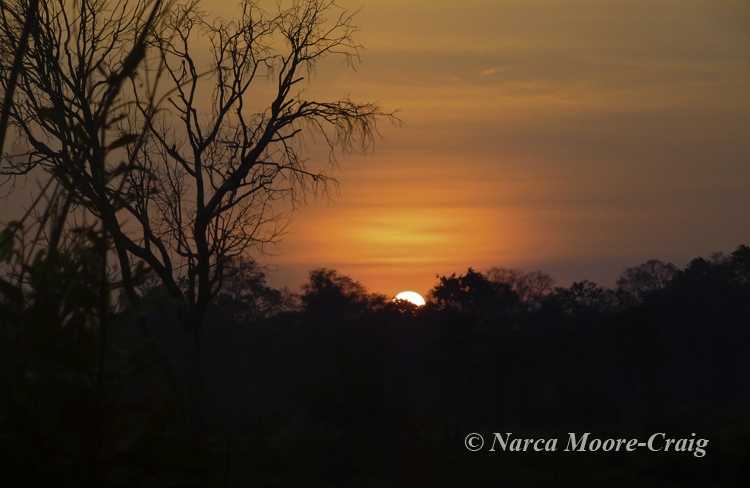 Sun rises red over the baray. The dawn chorus ramps up. Colors are becoming distinct, and new birds beckon, as another day begins in the Cambodian wilds. 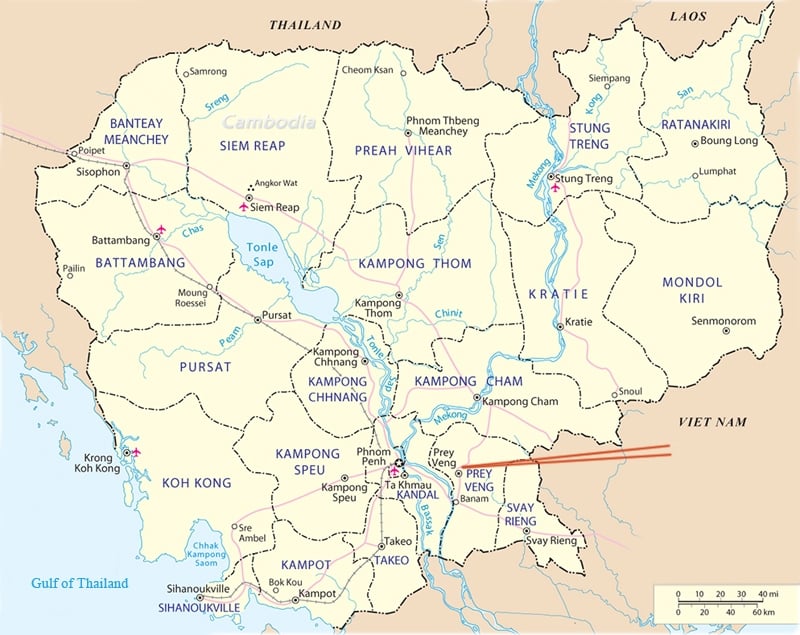 Cambodia: Wildlife on the Mekong River