Heidelberg and Speyer were the sightseeing options on Day 8 of my Highlights of Germany River Cruise with Avalon Waterways. We spent the morning cruising on the Rhine with a scheduled arrival time in Speyer of 12:30pm.

This was the only morning that I took advantage of the light buffet breakfast in the lounge rather than the full buffet in the dining room. 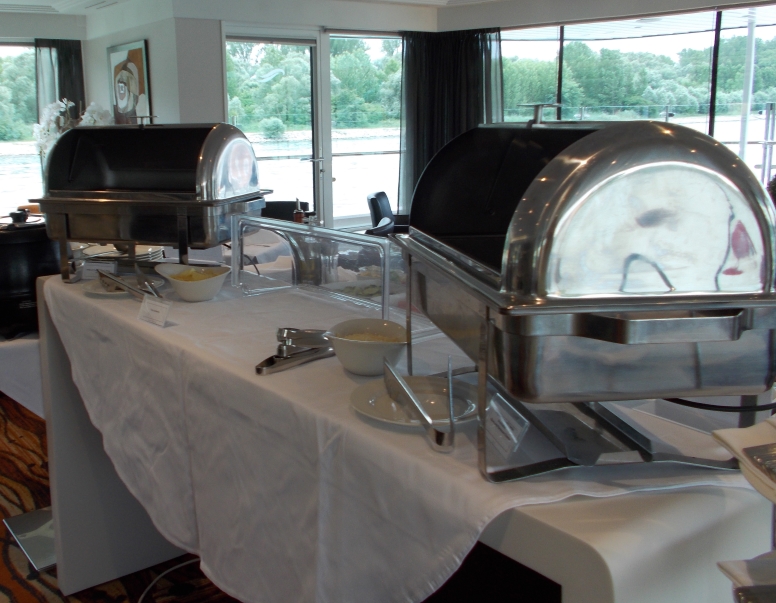 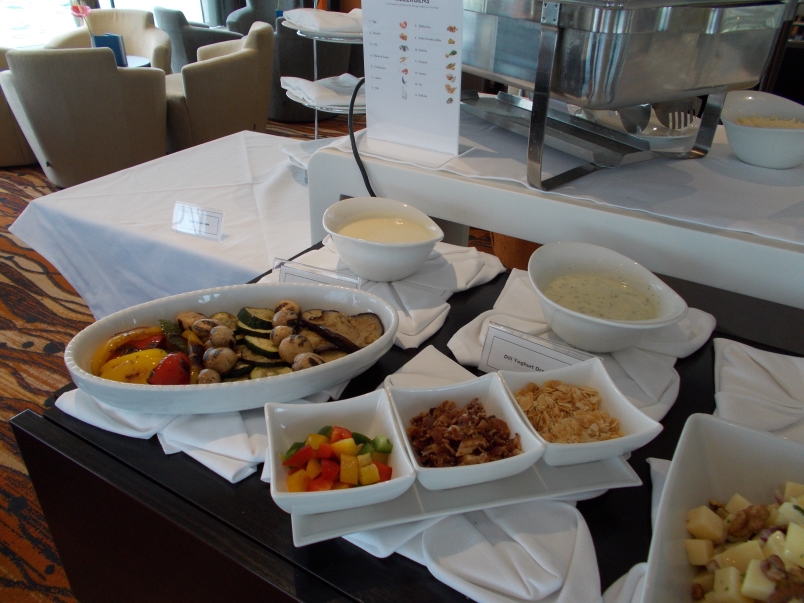 Returning to my room I found I had a new traveling companion!

A Disembarkation Briefing with Cruise Director Sabine was the mid-morning activity. The schedule was customized for each passenger depending on their scheduled travel plans after leaving the ship. At the briefing passenger were given a ribbon to tie on their luggage indicating what time they were due to depart. I will go into more detail on the organized departure in my cruise review wrap up of Day 10.

I decided on a light selection from the lunch buffet as I would be departing for a walking tour shortly after eating.

When departing the ship each day the schedule for the port of call was posted.

In addition to a bottle of water, map of our destination and one page printed history of the town and sites to visit, passengers selected a color coded listening device each time they exited the ship for a guided tour. The color determined which coach to board. This way people who wanted to be together for the day could decide ahead of time which color to choose and insure that they were on the tour together.

White was always the selection for the “Easy Walkers” who walked at a slower pace and avoided difficult terrain.

Some passengers selected to visit Speyer where they toured the Jewish Quarter, the largest Romanesque cathedral and the Speyer Technical Museum.

I opted for a walking tour of Heidelberg where our first stop was Heidelberg Castle. The castle is the site of the administrative offices of Heidelberg University, founded in 1386. Most of the academic buildings for the university are scattered throughout the old town below.

My tour guide had graduated from Heidelberg University and shared her vast knowledge of the history of the city, university and castle.

Notice the rectangular box attached to the side of the ruins. This was the first “indoor” plumbing. Residents sat in the little box which had a hole that went through to the dry moat below. I had never before thought about the transitional steps from chamber pots to flushing toilets!

Most of the castle is in ruins having been destroyed in heavy attacks by the army of Louis XIV of France between 1690 and 1693. A decision was made in the 20th century after World War II to preserve what was standing but not to reconstruct the palace. The result is a romantic ruin that allows the viewer to imagine the many decades of history that took place on these grounds.

Like most of Germany much of the Old Town was destroyed during World War II. Unlike the castle, extensive reconstruction and restoration has taken place since then.

Heidelberg also has their own unique pastry in addition to the more common pastries found throughout Germany.

It was easy to get away from the main tourist streets and find the charm of Heidelberg.

The Hotel zum Ritter St George was built in 1592 as a private residence and was first mentioned as an inn in 1681. It is currently a four star hotel and restaurant.

The Alte Brucke, or Old Bridge, was built in 1788 and was part of the medieval town walls. You can still see the gateway that could be closed to keep out intruders.

We had about an hour to tour Heidelberg on our own before returning by coach to the Artistry II. We returned with just enough time to freshen up for Happy Hour and dinner. 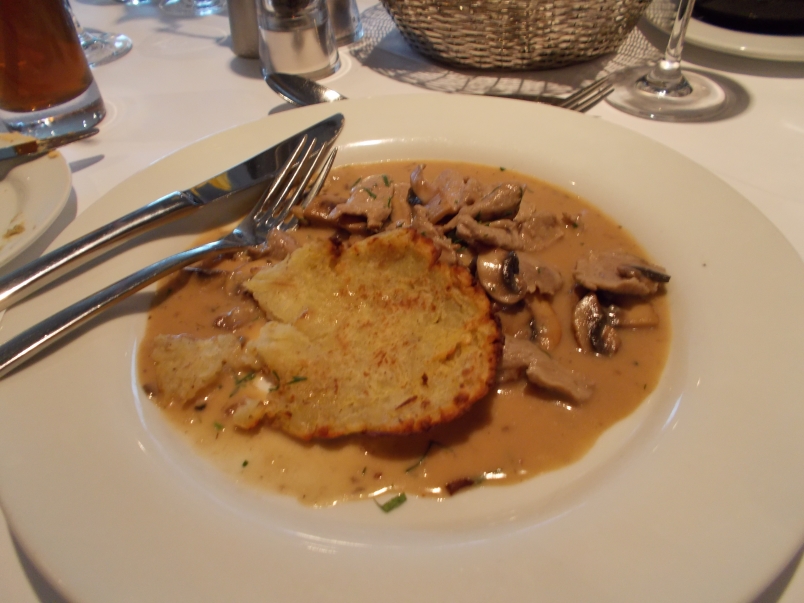 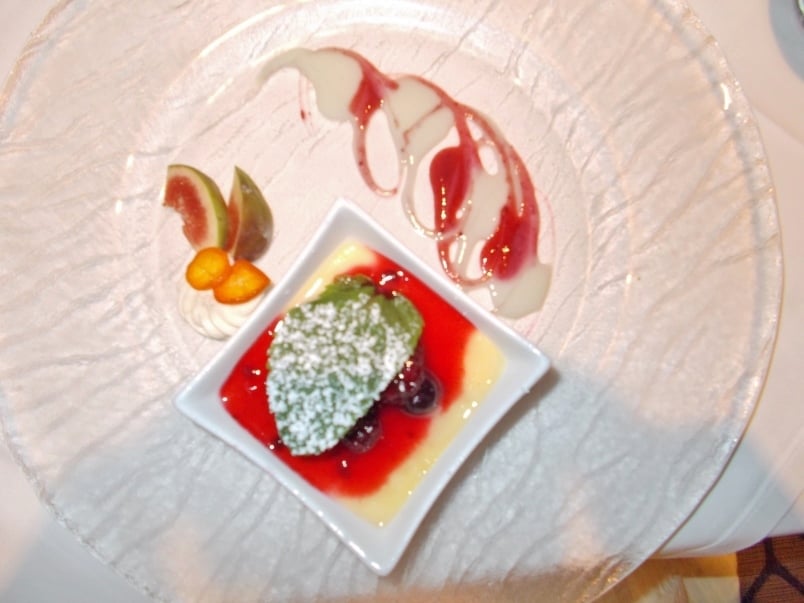 All Aboard was called shortly after dinner and we departed for an overnight sailing to Strasbourg while being entertained by the Crew Show.

The crew show was a mix of some natural talent and some very clever, and hilarious, acts designed to make sure that all of the crew was able to participate.  It was an enjoyable and relaxing end to a busy day.

Marvelous Maiden Voyage on the Nieuw Statendam – A Repositioning Cruise

There’s Only One First Time for Everything, and this Holland America Ship Made the Most of It If there ever

As a longtime Northwest resident, I was surprised to hear that Hilton was opening Embassy Suites by Hilton Seattle Downtown